The Gambling Control Authority (G.C.A.) has come to the aid of Samoa Tag Incorporated and donated $5000 tala to assist them to host the Teulia World Club Tag Tournament in September this year.

G.C.A. Chief Executive Officer, Tuala Tamaalelagi Siaki Tuala ll, said on behalf of the Ministry, Board of Directors and Samoa Sport Lotto they wished Samoa Tag Incorporated all the best in hosting the event.

"We wish you Samoa Tag Incorporated in hosting the World Club Tag Tournament" he said.

Samoa Tag Incorporated President, Faaofonuu Junior Leota, told the Samoa Observer after the presentation that the donation will go a long way in assisting them in their preparations to host the tournament.

“First of all, I want to acknowledge Gambling Control Authority's Tuala Tamaalelagi Siaki Tuala ll for the sponsorship $5000 tala which  goes towards the preparation for the Teulia World Club Tag Tournament happening in September,” he said. 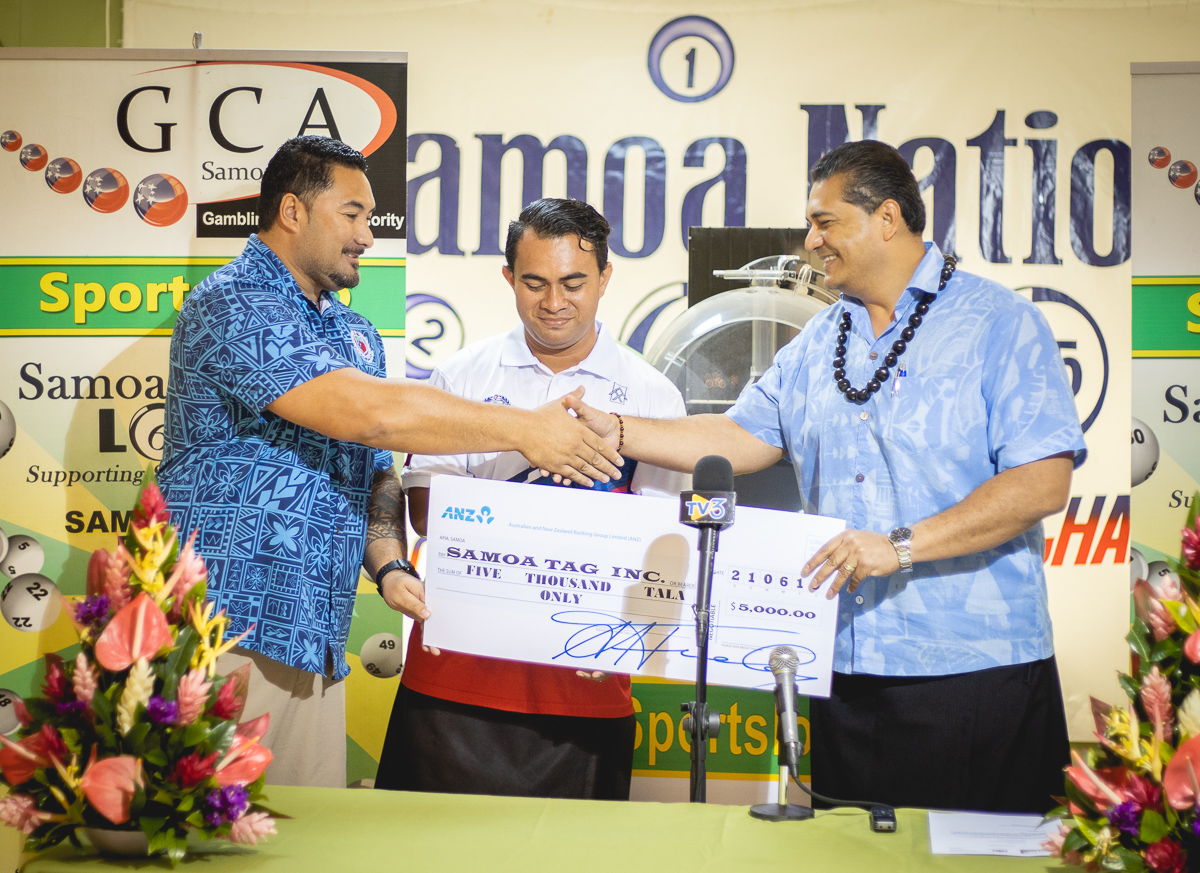 Faaofonuu said with the money $5000 tala, they will organise transportation for the participating players as well as fund preparations for the  tournament this year.

“Well the money will help out in transporting and for other thing for the tournament for example from airport to their hotels,” he said. 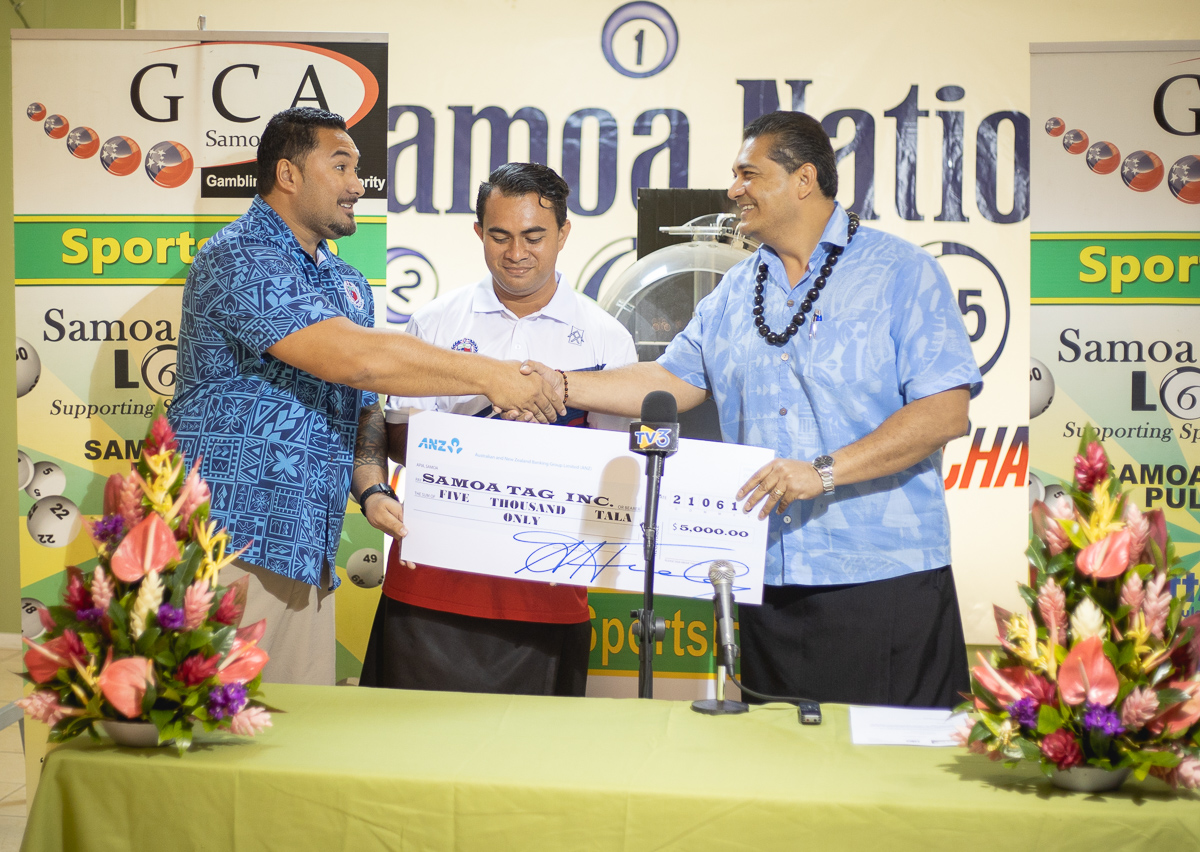 A total of 50 clubs will be involved in the tournament with most of them local, though there will be teams from other countries and each one of those teams will have 20 players.

“There about 50 clubs who are registered for the tournament,” he added, and indicated that the teams will represent Australia, New Zealand, Fiji, American Samoa, Tokelau and potentially Europe.

“In this tournament host in Samoa is to promote the sport, “ he added.