A man from the village of Sa'anapu has won $3,000 tala and Pacific Games tickets courtesy of global money transfer company, Western Union. Leaosailimalo Leai Aloi Faauma was among the seven winners of the competition.

The winner said he was surprised when he was called.

"I never thought that I will win a prize money," he said.  "But a woman named Tania who talked to me that I have won a prize from the Fexco Pacific, but I did not believe her." 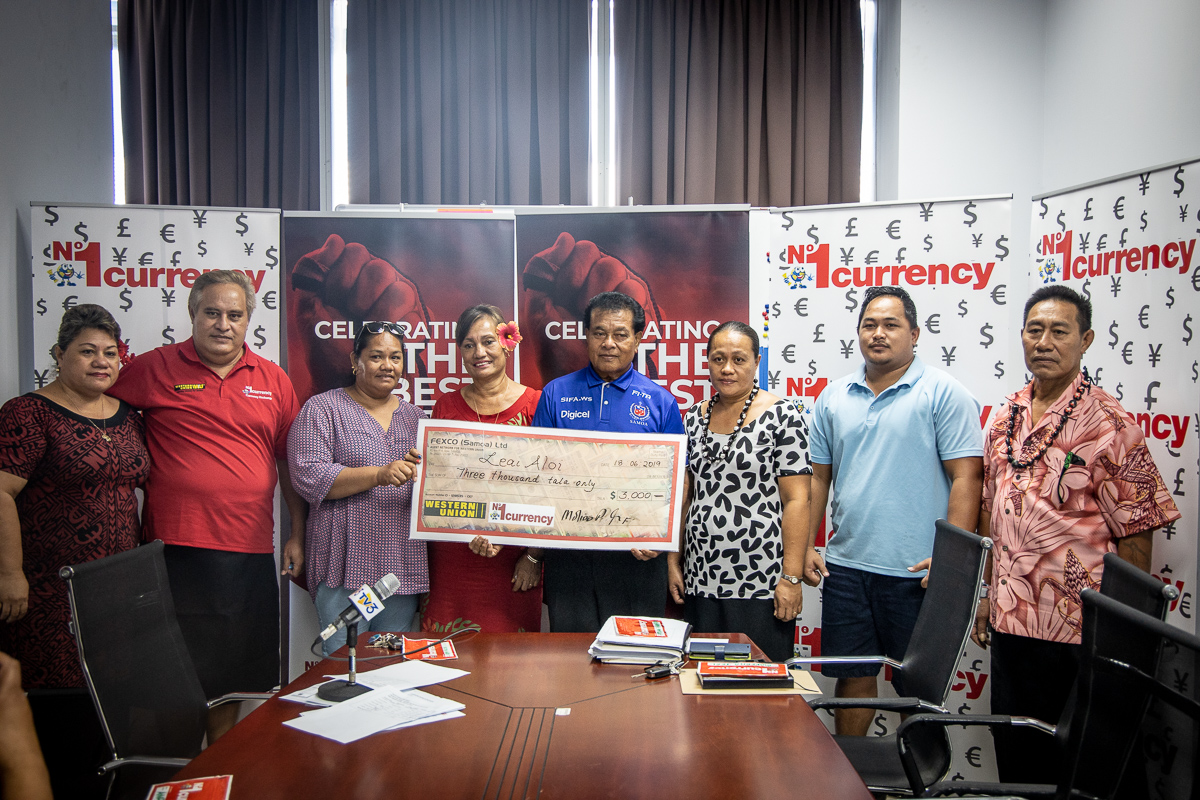 For the 67-year-old man, it is his first time to win such a prize.

"For me I was happy because I have not even won a prize money like this in my whole life," he said.

"This prize money will help my family. It will be spent on something good for the family. I used to call my kids who are in American Samoa to send money for your family here in Samoa every month. 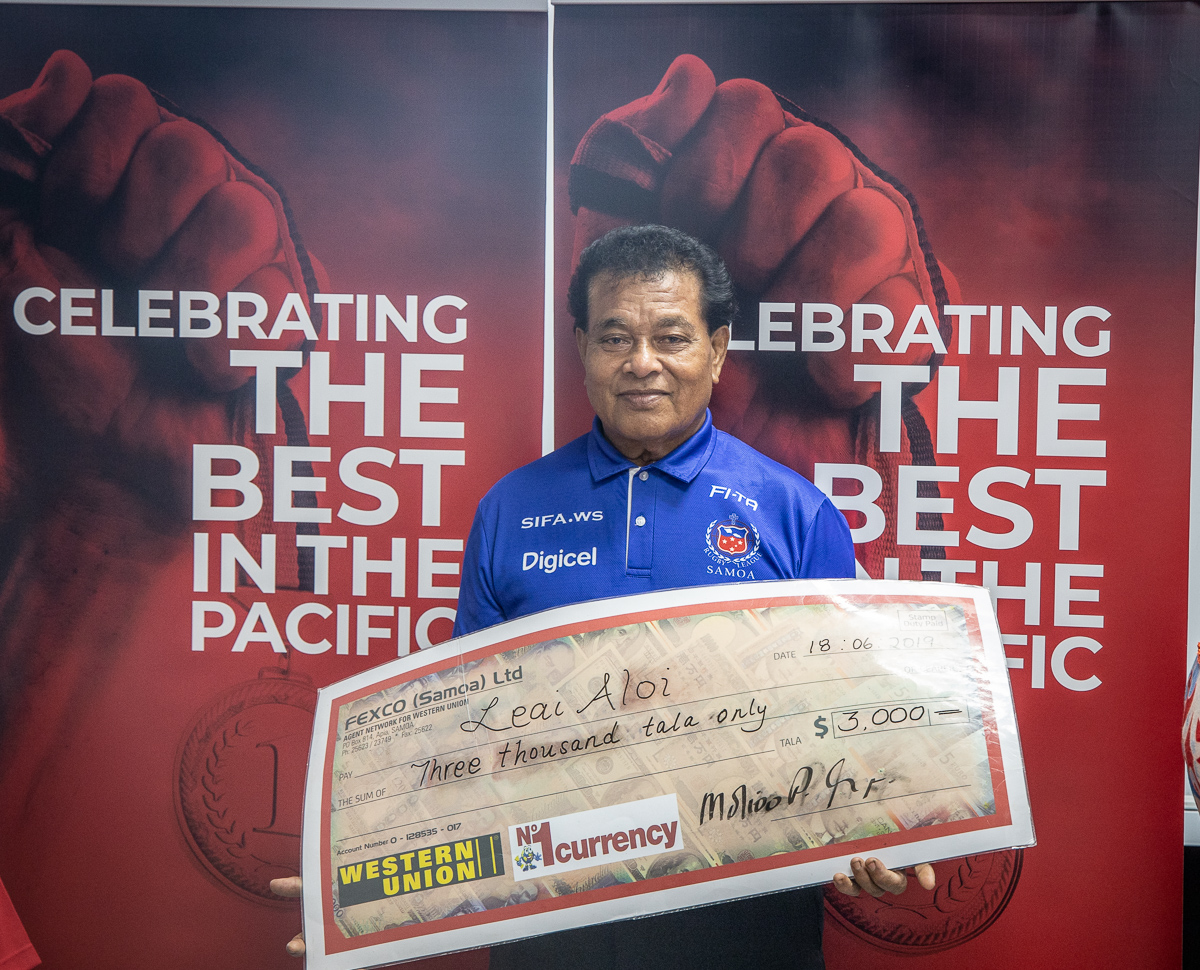 Leaosailimalo frequently uses the services of Western Union to convert his cash to Samoan tala. 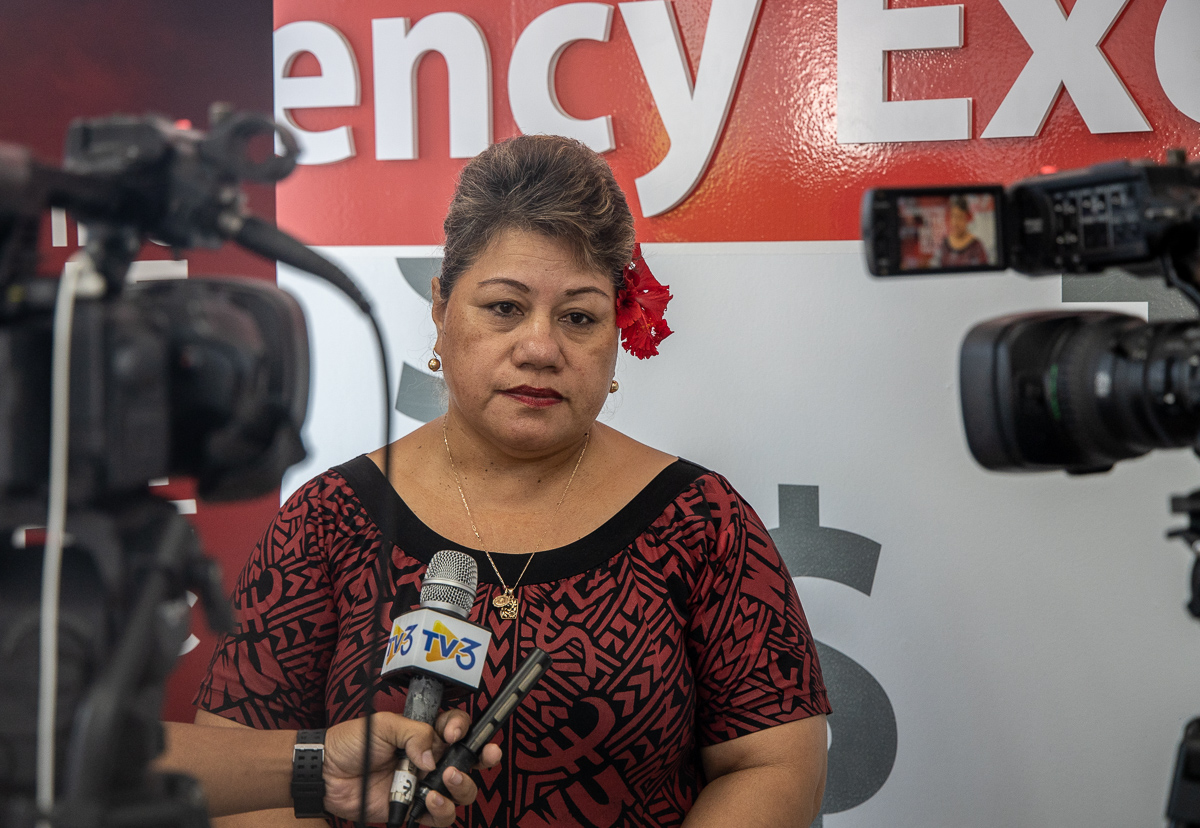 Mulipola Anarosa Molio'o, of Fexco Pacific, said the company is proud to be a silver sponsor of the Pacific Games next month.

The promotion was their way of giving back to the community.

“At the end of the day its all giving it back to the people who use our service,” she said.

Mrs. Molioo also said that under the Fexco umbrella there are 12 countries who are participating in the Pacific Games and they are doing the same promotion to support the Games.

The promotion runs in both Savai’i and Upolu.