Students and teachers of Itu-o-Tane College. (Photo: Office of the Regulator)

The Office of the Regulator, the Ministry of Communications and Information Technology and their partners have launched the Pacific Satellite Project* at Itu-o-Tane College in Savai’i.

This means students and teachers of the college can now have access to reliable and fast internet services, which potentially opens the door to educational services such as online tutorials, materials and assistance anytime from anywhere.

The occasion was witnessed by the Minister of Communications, Afamasaga Rico Tupa’i, the Regulator Lefaoali’i Unutoa Auelua- Fonoti, Government officials, staff and students of the college as well as villagers of Avao.

“This agreement was signed on 2 September 2014, when Samoa was hosting the S.I.D.S. Conference.”

The satellites, Afamasaga said, connects the five (chosen) schools with the rest of the world and helps in obtaining new ideas and methods in expanding the knowledge of the students in various subjects. 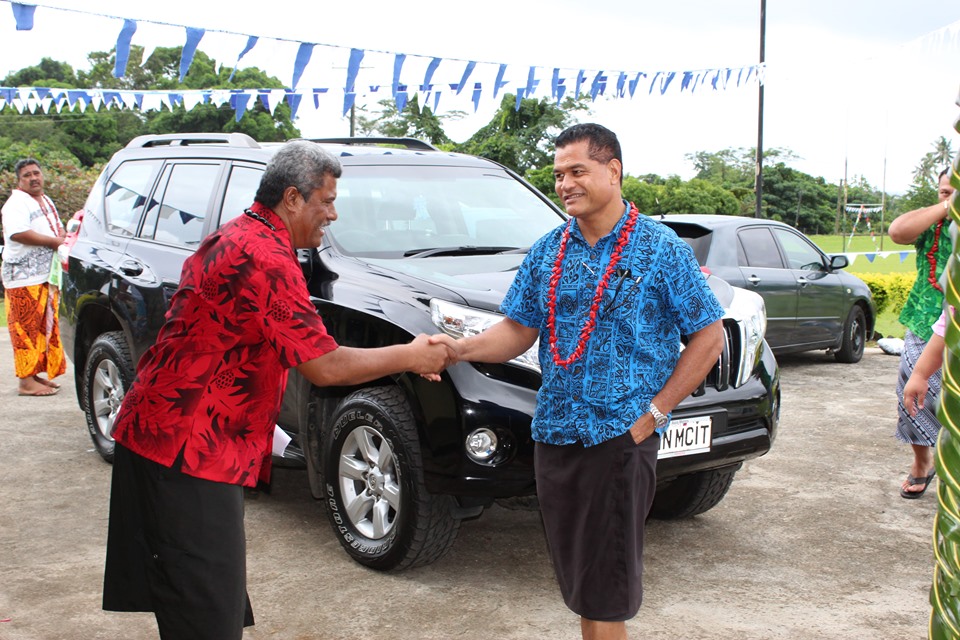 Itu-o-Tane is the second school in Savai'i under the project.

“Another benefit of the project is that we can use these machineries in times of natural hazards for communication.

“We can use these machines if you don’t have a radio and if mobile connectivity fails. We have access to the latest reports and updates through these machines.”

Turning to the school, Afamasaga emphasised the importance of taking good care of such expensive yet useful facilities. 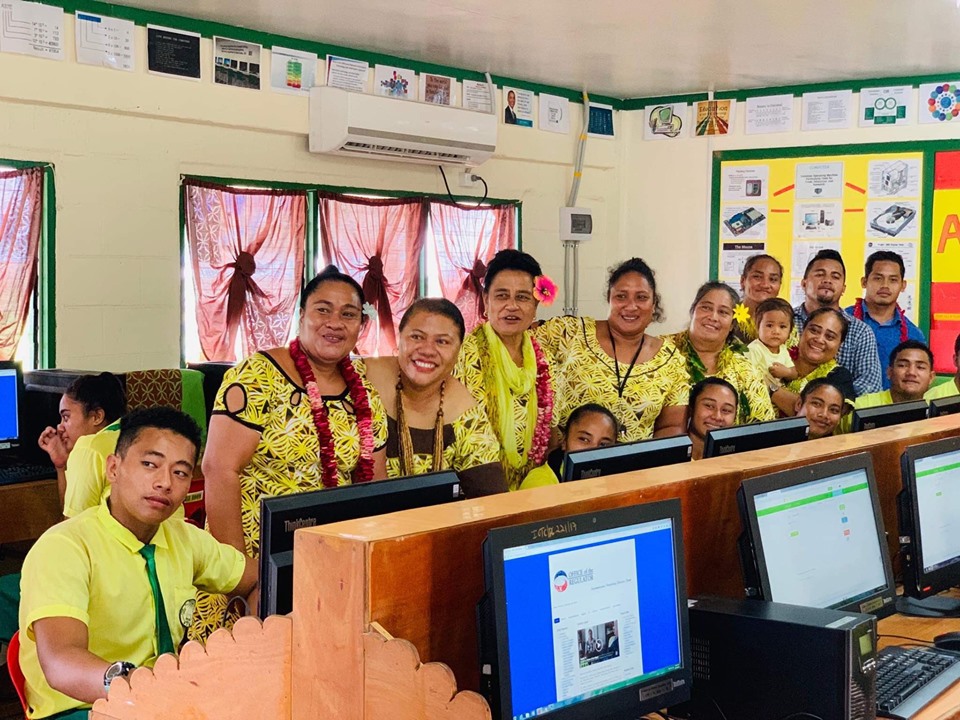 Receiving the new facility was the principal, Laufou Fa’amanu Manase, who thanked the Minister and the Office of the Regulator, for choosing their school as one of the recipients of the project.

The following is the press release issued by the Office of the Regulator about the project:

The ceremony was blessed by Rev. Pulea Tilomau of the Avao Methodist Church, and the Minister for the OOTR spoke on the benefits from these connectivity opportunities, especially for remote communities such as Matautu, Savaii.  The students now have the best access to knowledge from around the world.  They can now access more tutors for online tutorials, materials and assistance anytime from anywhere. The Itu o Tane College has two computer labs, one of which is dedicated as a learning Centre and the other for classes from Yr 9 to Yr 13 which now has internet access for the first time.

This is an opportunity for all villagers at Matautu and neighbouring villages to access information when mobile services are down and if there is no radio communication during and after disasters.  The five (5) VSAT satellite dishes are now the new tools to equip them for preparedness and coordinating activities.  The project is installed to five (5) sites from Upolu and Savaii, all of them schools such as Itu o Tane College.

The Pacific Satellite Connectivity Project is made possible with the assistance from International Telecommunication Union (ITU) for engineering capacity building and negotiation, the satellite equipment and the internet access was provided by Kacific Broadband Satellite Company (Kacific) and the OOTR will provide technical assistant.  All 5 schools can use the link to access the internet for FREE for a period of 12 months. Before 12 months is over the Regulator will send a report to ITU and Kacific for their review.

Furthermore, OOTR will continue to work with ITU and Kacific to make sure sustainable mechanisms are built into every process so that it is easier for key stakeholders to maintain, with the intension to expand the VSAT operation as the next phase.The project was signed between ITU and the Samoan Government in 2014 as part of the Small Island Developing States meeting, but have only been realised just now. We sincerely hope that the teachers and the students will continue to utilise these opportunities while we continue working with ITU and Kacific for the sustainability of these useful and very important projects for Samoa.

*This story has been modified to reflect corrections made to an earlier version. The Office of the Regulator is independent from the Ministry of Communications and Information Technology.