Manu Samoa’s clash with a passionate New Zealand Heartland XV side on the 31st of August at Eden Park, Auckland, will be critical in coach Vaeluaga Steve Jackson’s side’s buildup for the Rugby World Cup in September.

The game is part of the Pasifika Challenge international doubleheader, which will also feature a match between Fiji and Tonga.

Vaeluaga said it’s an exciting time for his team.

“It couldn’t have come at a better time to have this game, leading up to the Australia game, which will be our benchmark moving into Rugby World Cup."

Following the Pacific Nations Cup (July 27-August 10th) to be held in Samoa and Fiji, the Manu will have two weeks in Auckland preparing for the Heartland XV.

On September 7, they will play Australia in Sydney, their final match ahead of their Rugby World Cup opener on September 24th against Russia in Japan.

Vaeluaga is expecting a great match from the Heartland XV, who he said, will be motivated to go out and beat an international side on Eden Park.

“When they put on that black jersey, they’ll represent their country just as much as what we will.

Manu Samoa halfback Dwayne Polataivao said any game against a New Zealand side is big because of the amount of rugby talent in the country.

He agreed the game will be crucial in the leadup to the Rugby World Cup.

“We’ve gotta get our plans in place, the blueprint the coaches provide.”

Heartland XV coach Mark Rutene said both teams will bring plenty of passion to the match. 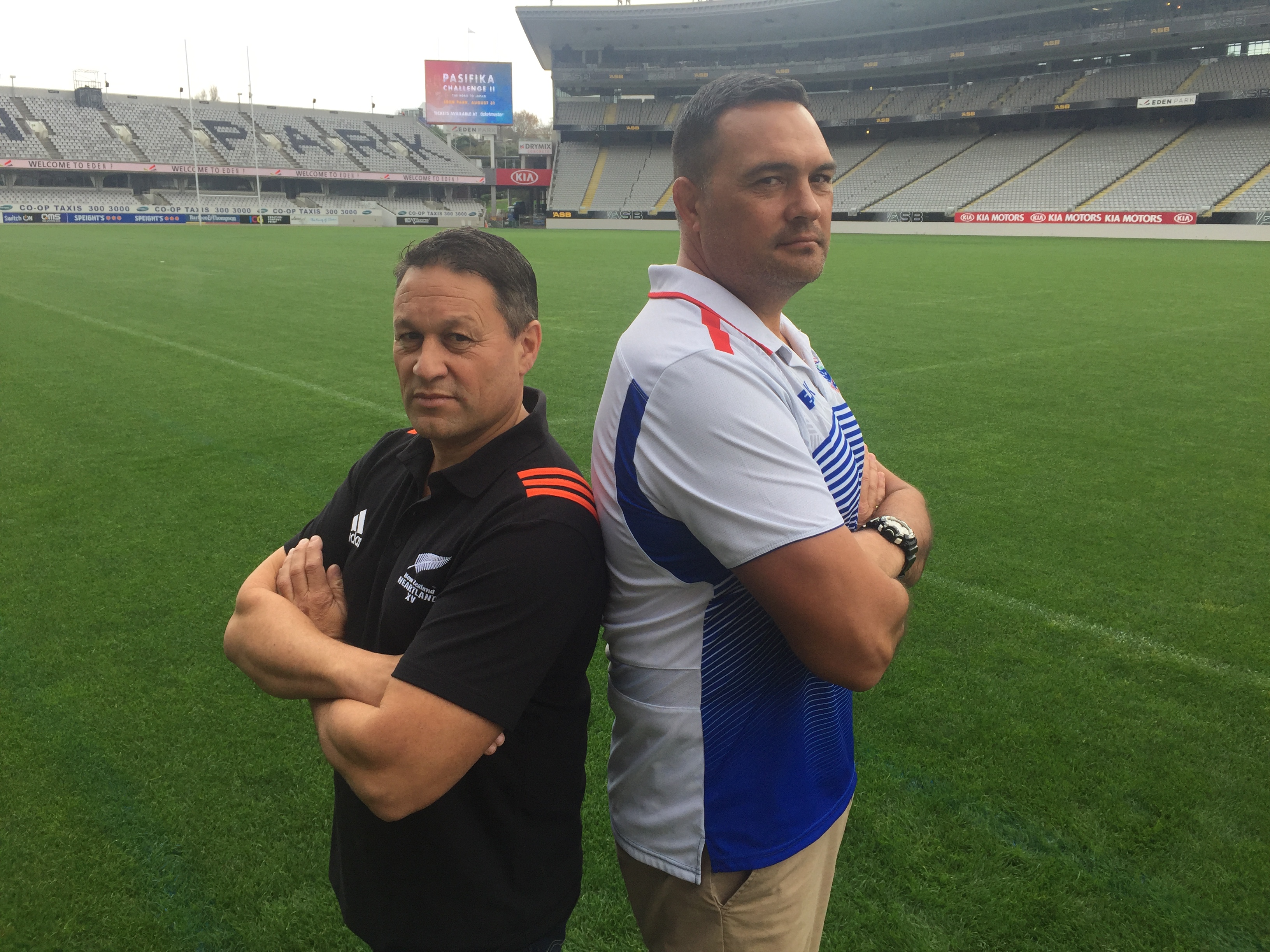 “Pretty exciting opportunity for us to come up here, play on Eden Park, and play a team the calibre of Manu Samoa.

He said the Heartland players have a real spirit about them.

“We’re grassroots rugby, so our guys they’ve got jobs, they’ve got families, they train twice a week and play on the weekends and get all the community out to support them.

“To get them all together as a New Zealand team, pull on the black jersey, it’s a great occasion.”