Weightlifting gets $25,000 injection from Sportslotto

The Samoa Weightlifting Federation has received a $25,000 donation from bronze sponsors Samoa Sportslotto, which will go towards the hosting of the Pacific Games four-in-one weightlifting competition.

The tournament will also serve as Oceania and Commonwealth Championships and as an Olympic qualifying event, with over 400 athletes to compete.

“Outside of that, we have to provide for all the expenses, all the transport, the accommodation, the running of the tournament.”

He said the money will go directly to those efforts.

“Making sure that these countries are looked after while they are here because they’re not part of the Pacific Games.”

Tuaopepe said because the tournament is an Olympic qualifier, the International Weightlifting Federation President, General Secretary and executive boards will be in attendance.

“Most of their expenses have to be looked after by us.”

He said the support has come at the right time, just a few weeks out from the event.

“We’re trying to get enough funds to host this tournament.

“Sportslotto’s standing behind us now, hopefully a few more [will as well]."

“I know the country is under a lot of strain right now because of the Pacific Games, and a lot of them have given already.”

He was grateful to Samoa Sportslotto for their support and noted this is not the first time they have given money to the sport.

“They’ve been supporting us for the last couple of years.” 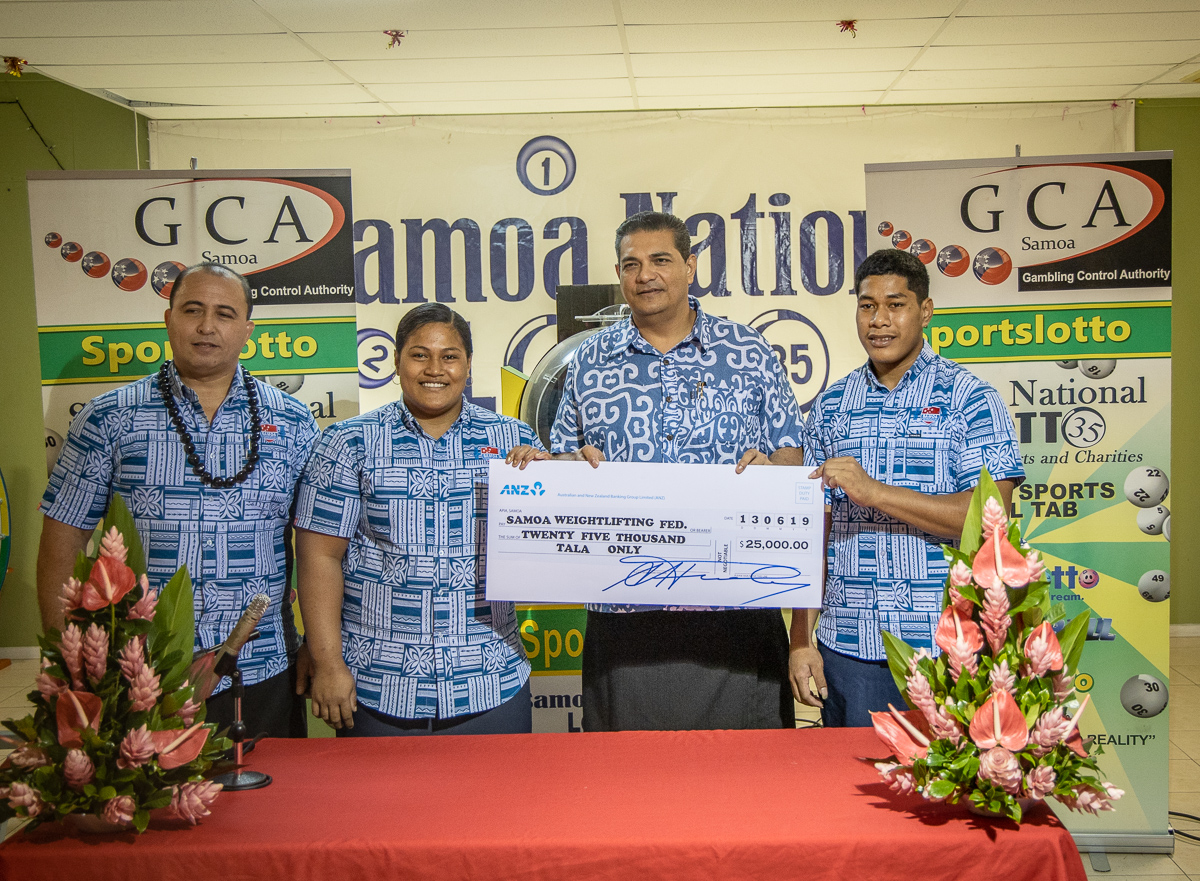 “We congratulate Tuaopepe and his team for the great results they’ve achieved so far," she said.

“And I know they’re going to do well in the upcoming Games.”

He said they will be providing further assistance to weightlifting in the future.