Nafanua I departs after 31 years of service

The Samoa Police Maritime Service's Nafanua I patrol vessel was decommissioned Thursday afternoon after serving Samoa for more than 30 years.

The vessel was gifted to Samoa through the Australian Pacific Patrol Programme, now known as the Pacific Maritime Security Programme, in 1988.

Under the programme, Australia gave vessels to Pacific Island countries between 1987 and 1997 - a 30-year commitment of A$2 billion (T$3.6 billion).

The Nafanua crew embarked on their final journey to Australia to retire the vessel and attend training before returning on the new Nafanua II.

Police Commissioner, Fuiavailiili Egon Keil said the new Nafanua vessel is a much bigger boat with more capabilities that can carry more people and is also more fitting for male and female officers. 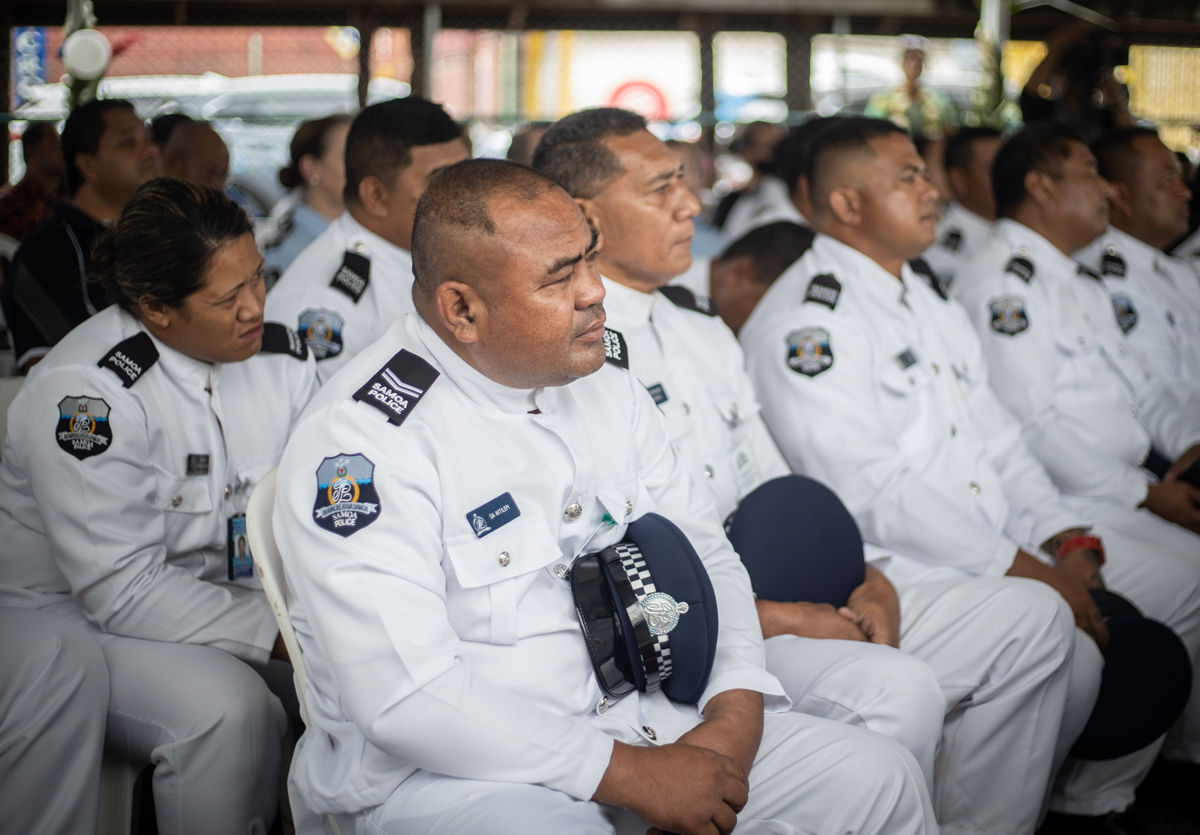 The farewell of the Nafanua I along with its crew of 21 Police Maritime Officers, including three women, was attended by Government officials as well as families and friends.

"Today marks the end of an era reflecting formative years of the Australian defense programme in Samoa. We are ready to close a page of its history in the end of a long and loyal service of Nafanua that will set sail once more on its final voyage back to Australia," Prime Minister Tuilaepa Dr. Sa'ilele Malielegaoi said in his opening remarks.

Tuilaepa said Australia will gift the new vessel to Samoa in Henderson, Western Australia on August 15 this year and is set to arrive at the Matautu wharf in late September, after the crew undertakes at-sea training and complete the certification processes. 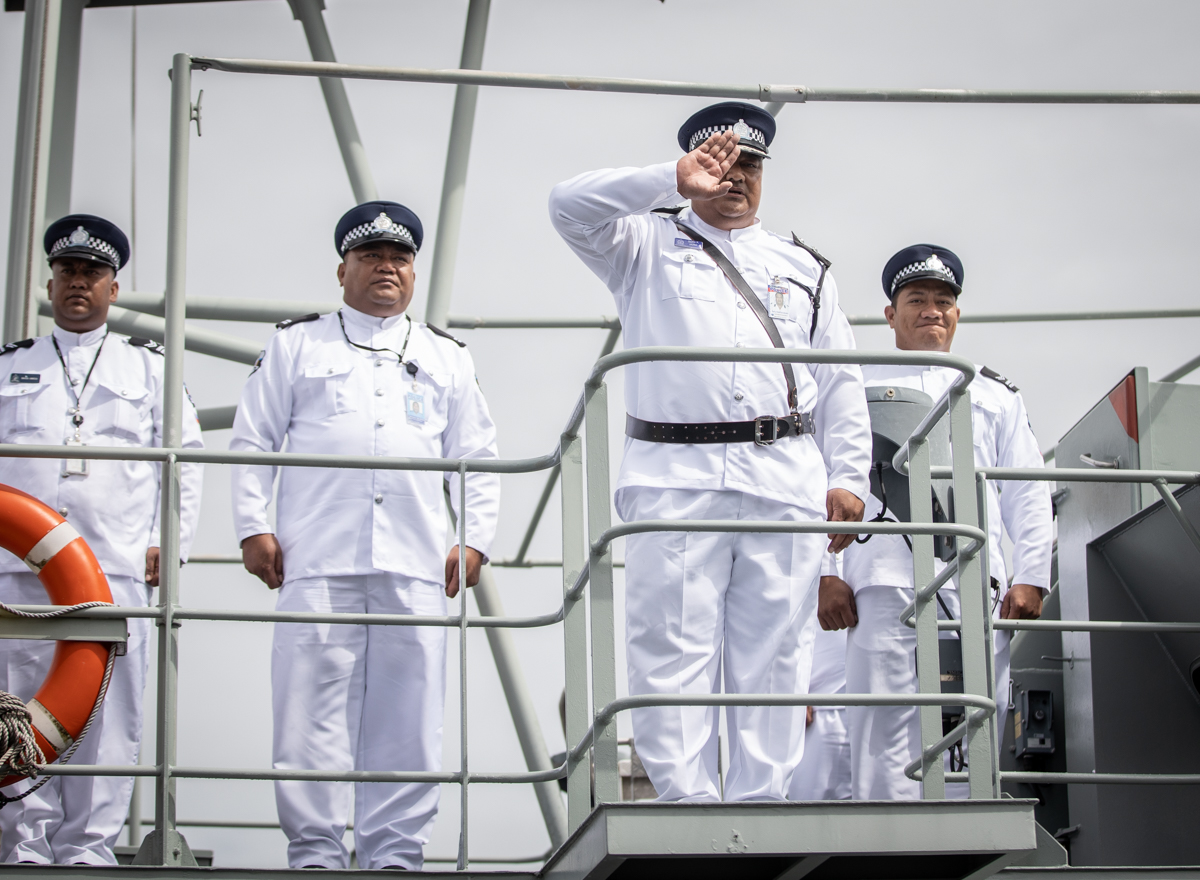 "It is our hope that this partnership will continue to remain firm and grow even greater, as our sailors embark on their forthcoming voyage to Australia to return the Nafanua, and to be trained and learn the operation of the new Nafanua II.

Australian High Commissioner, Sarah Moriarty, also wished the crew a safe voyage and said this will only enhance the strong bond between Samoa and Australia.

"We thank the Nafanua I for her service and the friendships and capability that she has fostered, and we start to turn our minds to prepare for the arrival of a larger and more capable Guardian Class Patrol Boat – the Nafanua II.

"We look forward to continuing our engagement and partnership with security forces in the Pacific – the security and stability of the Pacific directly affects Australia and we recognise that the world around us is changing at a rapid pace. 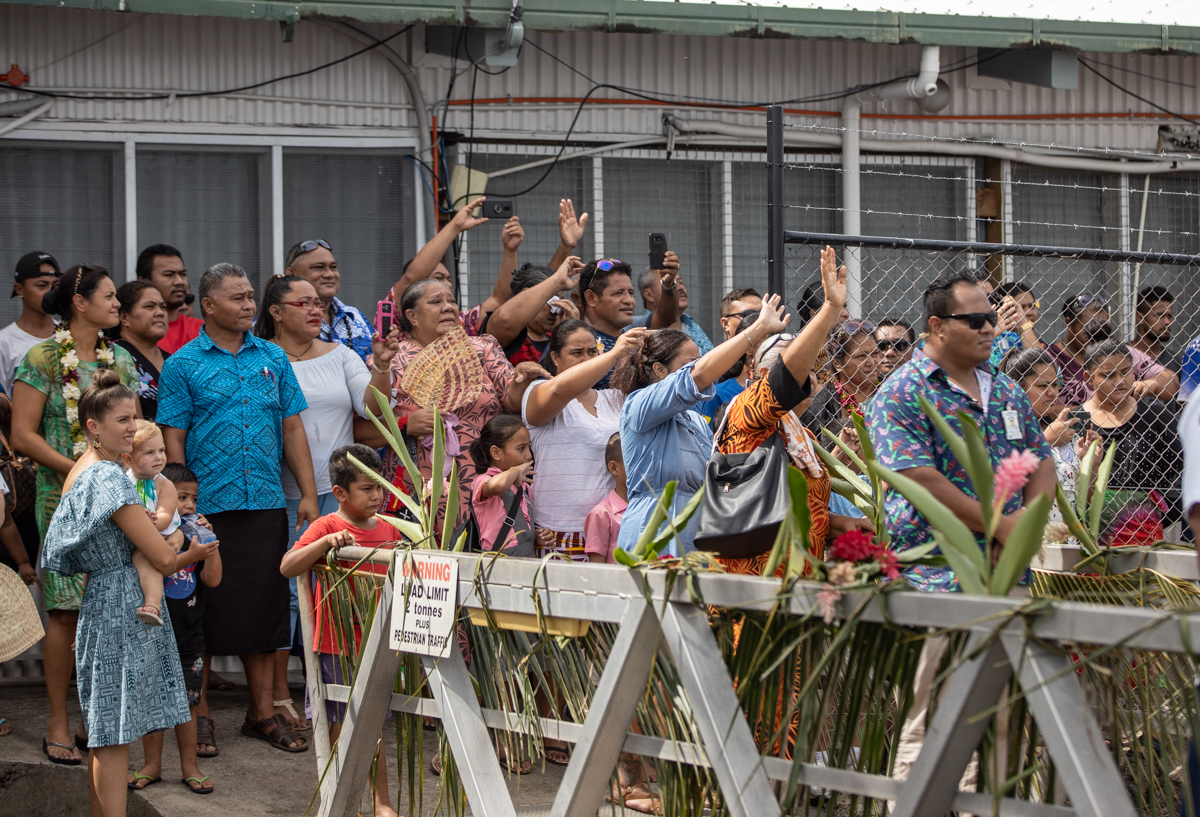 She made a special mention of the women who are part of the crew.

"I would like to make a special mention that when the new Nafanua II arrives, Samoa will be the first Pacific Island country to have women posted to sea.

"A significant feat in paving the way for future women seafarers for not only Samoa but the Pacific region. And very fitting as the vessel is named after a highly respected warrior goddess.

"It’s a big emotional time for these families and their people are leaving for three or four months but they’re going to have a wonderful time  I hope in Australia with the training and improving their skills and getting to know each other, it will help them bond as well. It’s a fantastic occasion," she said. 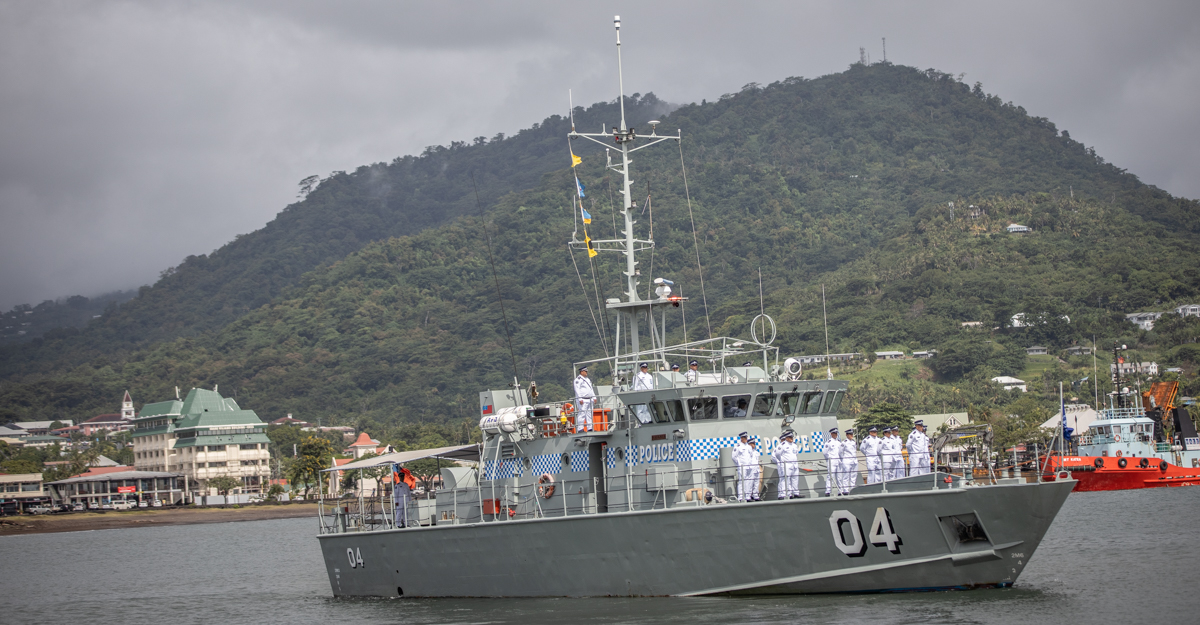