Australian-based Samoan designer Priscilla Yarnelle Ale says she was inspired by her cultural background in her fashion designs.

The 38-year-old fashion designer, who is well-known for dressing New Zealand Choreographer Parris Goebel for the MTV Awards and was featured in the London-published World Fashion Magazine, was part of the Le Independent Fashion Show Convention (LIFE-Con) Pacific at the Taumeasina Island Resort during the Independence weekend.

Mrs. Ale said that her business E’vana Couture was established in 2015 in Sydney, Australia and was named after one of her daughters, who learnt how to sew from her mother and also took courses.

Her journey as a fashion designer started when she made uniforms for students whom she taught Samoan and Hawaiian dances.

“I started getting messages from Facebook and Instagram saying if they can have the dresses that I made and so the positive feedback was one of the reasons I started.

“One of my inspiration is my cultural background –I am in love with all our prints (elei) and the colours are the most important - Polynesian fashion is traditional but can be made changed with additional changes,” she said. 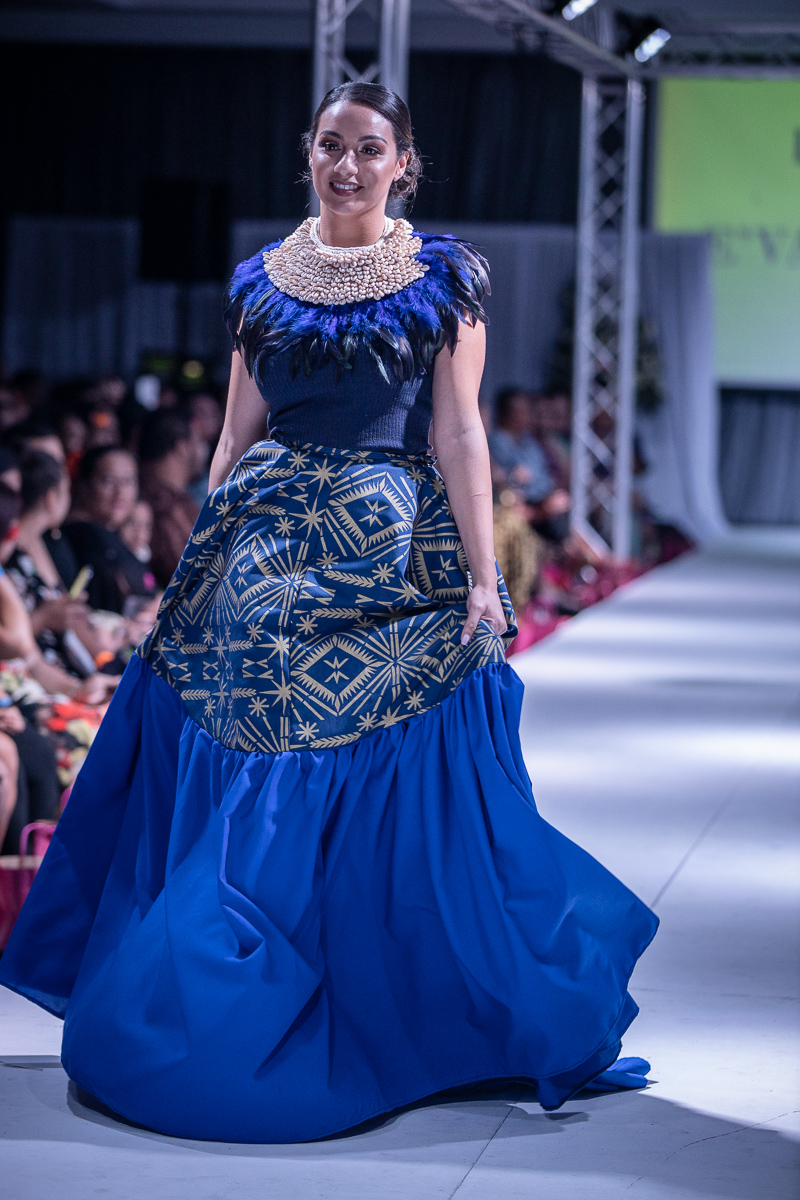 The mother of two who is from Lepa and Vaitoloa told the Samoa Observer that all her dresses are custom-made and she works from home.

“I design my own creations and ideas - I am always searching for the trends of today and mix it with Polynesian fashion.

“LIFECON is a great platform for various designers to showcase their work – I am so amazed by the creativity of other designers and how unique their creations are – it is also great to be an inspiration for other designers.

“We recently launched its Elementary E-commerce Business in March 2019 and also had the chance to be in the Pacific Runway Fashion Show, Australia.”