The Samoa Family Health Association (S.F.H.A.) is representing the Pacific Islands, at an international conference in Canada on gender equality and the rights of women and girls.

The Women Deliver 2019 Conference began in the Canadian city of Vancouver this week and is one of the world's largest conference on the two issues.

The event is expected to host 7,000 delegates from 160 countries.

Guests speakers include recently elected Ethiopian President Sahle-Work Zewde who is the first female president of Ethiopia, the founder of the Me Too movement Tarana Burke, Julia Gillard, former Prime Minister of Australia and former PM of New Zealand Helen Clark.

Canadian Prime Minister Justin Trudeau opened the summit on Monday, where he addressed it and spoke on the ground-breaking report "Missing and Murdered Indigenous Women and Girls", which was released on the same day.

He also told the audience that “gender equality is under attack", and that the world is watching progress “backslide".

“I can only imagine how hard it is to be a feminist on the front-lines,” Mr. Trudeau said.

S.F.H.A. Programme Coordinator, Leiloa Talosaga Asaasa, is attending the conference, and is speaking in an event on sexual and reproductive health as it relates to humanitarian work and the experiences of marginalisation. 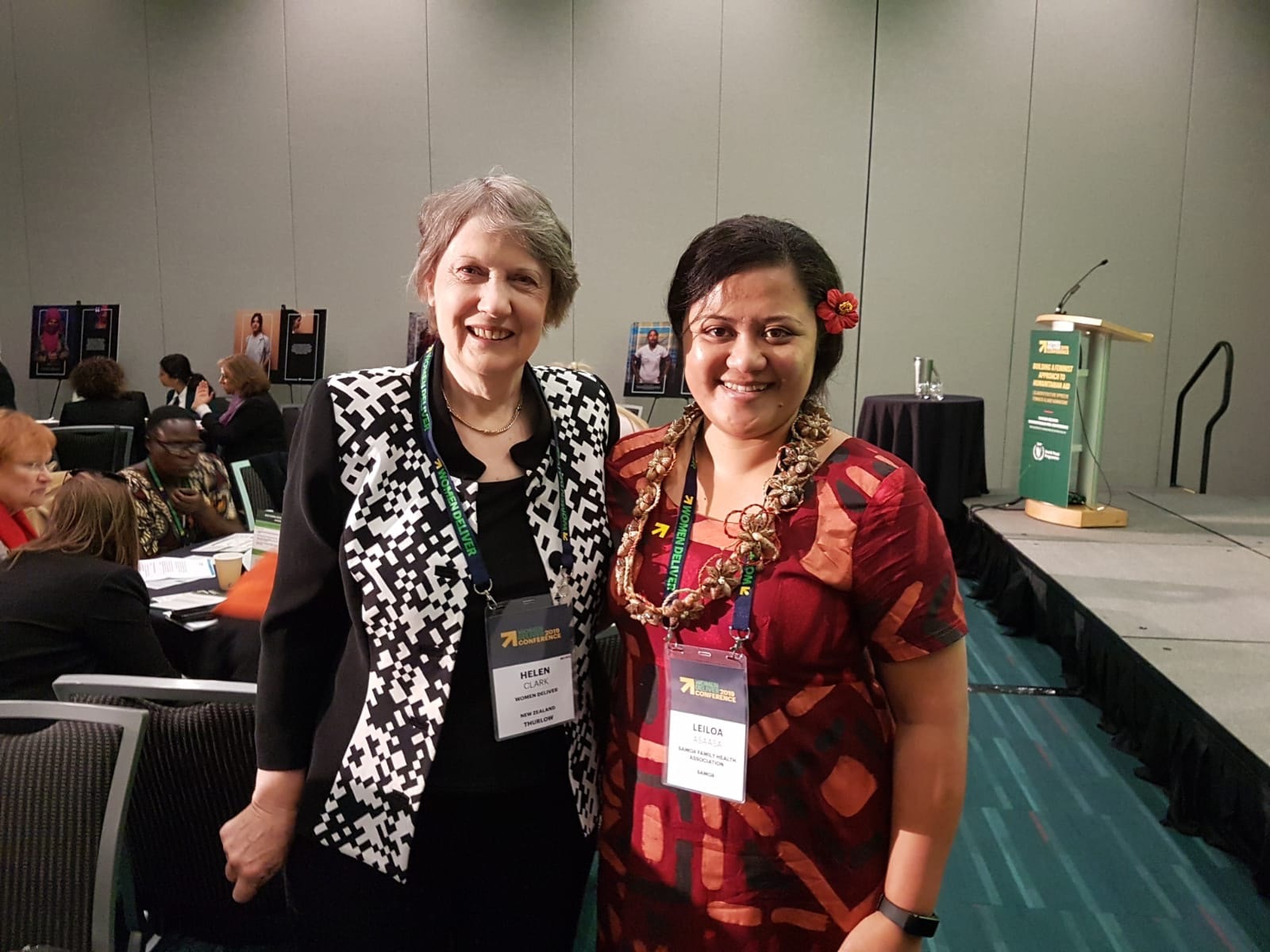 As a member of the International Planned Parenthood Federation, Leiloa is representing the entire Pacific region.

She will be sharing the Samoan experience for marginalised groups and their access to comprehensive sexual and reproductive health services, in an event called “At the Margins: Engaging Sidelined Communities in the Mainstream S.R.H.R. Movement.”

The event is organised by the International Planned Parenthood Federation, Sonke Gender Justice, Women Enabled International, and will be live streamed Wednesday 10:30am PST (6:30am Thursday Samoa Time).

Leiloa will also share her personal experiences in the field, and the daily challenges of her work getting sexual health services to those who need it most.

In her session, speakers will also share on how humanitarian crises reveal healthcare gaps, and deepen power imbalances between the mainstream and the marginalised communities.

The panel includes advocates for women and girls in sexual health, including Indian transgender advocate Abhina Aher, Pratima Gurung, who is a prolific advocate for the disabled in Nepal, especially women, and advocates from South Africa, Uganda, India and Turkey.

The Student Learning Specialist of the University of the South Pacific (U.S.P) Samoa Campus says the university's student support services should be utilised more.

Minister of Education, Sports and Culture Loau Keneti Sio said the latest drama at the region’s university is proof Samoa needs to continue investing in its own institution.