The bus and the furious: car enthusiasts bring pride to Faleata

Splashing around: Martin Schwalger's Dogde Ram, on a a break from working on the family cattle farm in Aleisa for the Car Show. (Photo: Vaitogi Asuisui Matafeo)

The seventh annual V8 Car Show had a special display of V8’s on offer, with nearly all its members bringing their pride and joy to the stage.

Ai Ai Ava was the only bus company to enter the Best Bus competition, and won it for the second year in a row. It is a family company, and was represented by Johan Andersen, one of owner Lucky Andersen’s six sons.

Mr Andersen said the bus is at least 40 years old but living its third life, after a second complete remodelling last year.

“We rebuilt the body from scratch and put a new engine,” he shared. Coming to the car show is a way to show support to the V8 Car Club, and put the Samoan car on display.

“Hopefully they will do this somewhere else where it is really big, because here is too crowded and not enough space.

“Hopefully they get massive flat land for next year.”

It is known in the family as ‘Eminem’ for its painting of the American rapper on the back, and is used for the Moamoa route. The sides are emblazoned with an audio visual equaliser pattern. 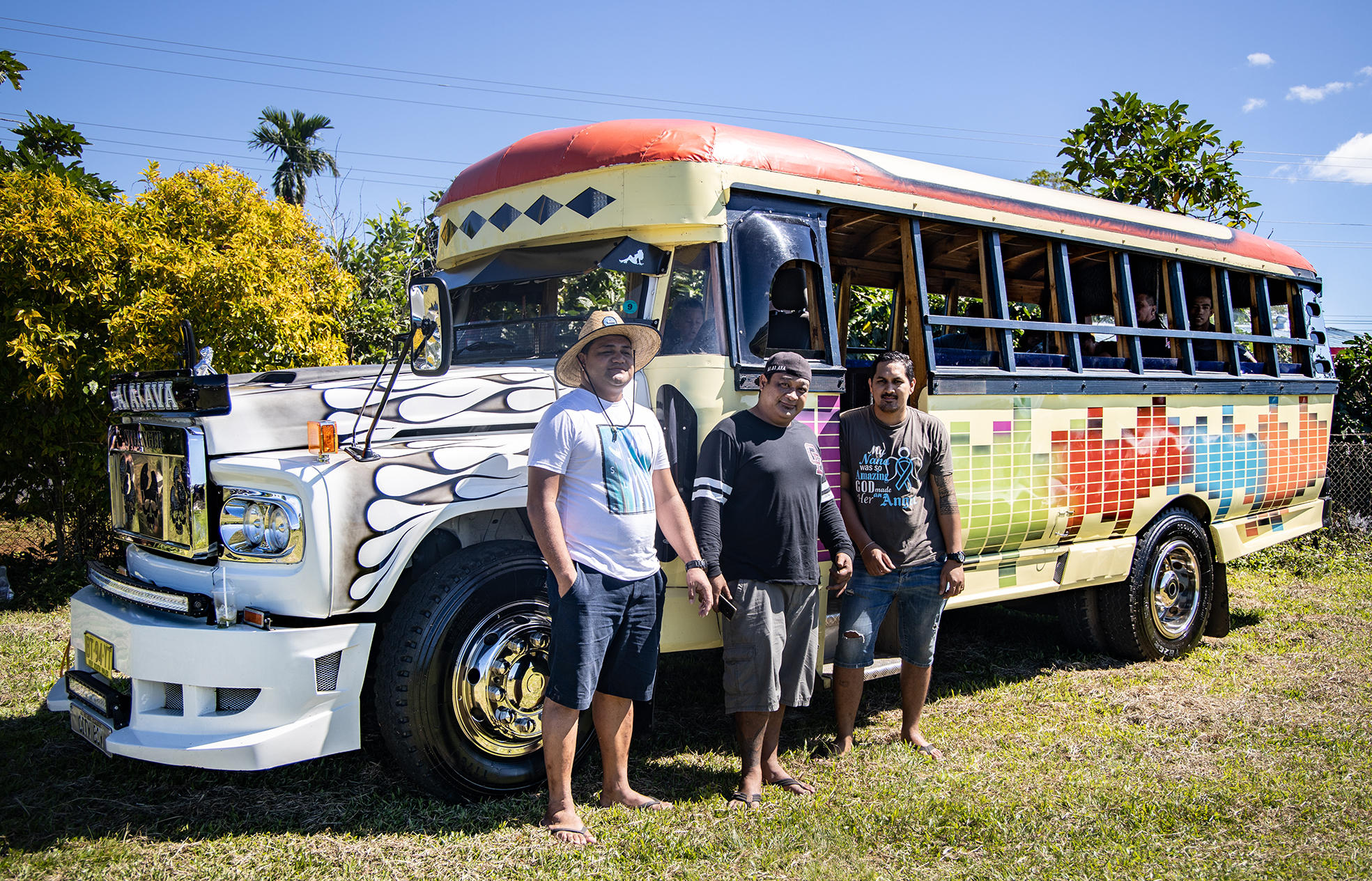 V8 owner Francis Ah Ben, who runs Delicious Cakes with his wife, brought his “other girlfriend” to the Car Show this year: a 1998 Ford Falcon Ute XH, emblazoned with flames, and modified to have two large pistons coming out of the front.

He has had it for seven years, and can barely remember how much money he has spent on it.

“We put a 350 Chevy in it, cammed it out, bigger pistons, basically reboreded the whole engine,” Mr Ah Ben said.

“The whole time I have owned it, I have always poured money into it, for the love of it.

“We love our cars, the same way people love rugby.” 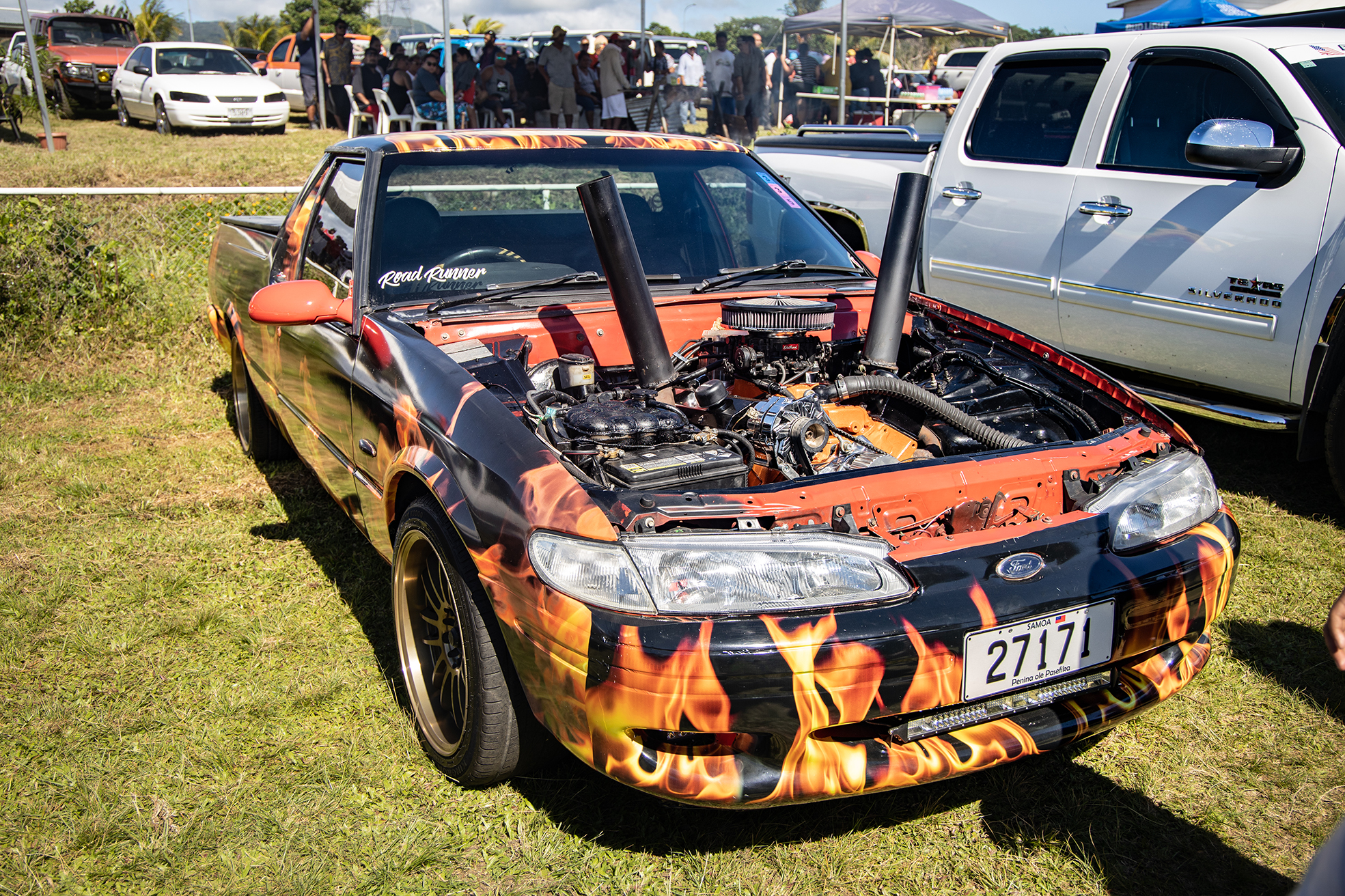 “We love the cars, we look after them, and we make them look good,” Mr Levi said. The V8 Club is a space to talk about cars, and fix them up together. But seeing how much other Samoans enjoy their cars as much as the members do has inspired the Club to do more for the community.

“We are trying to promote safety on the road right now,” Mr Levi said.

“We’ll try to some fundraisers, get people to come and maybe do a barbeque for charity.”

He said is seeing a lot of new cars and modifications done by the different car clubs, which is fun for them.

Malama Epati and Martin Schwalger brought their ‘Aleisa Sheriff;’ a Dodge Ram in camouflage paint and larger than life tyres.

It is usually used for work on the family’s 10 acre cattle farm in Aleisa, but at the car show it stands on display.

“As you can see, we’ve upgraded the tyres, they’re pretty massive, and we are getting a few accessories sometime soon…”

Mr Schwalger, who owns the car, believes they must have spent more than $50,000 improving the car, with more still to go.

“It’s just for fun,” Mr Epati said. “When you love cars, you build a relationship with one so in this case, this is a member of the family.”

The Dodge Ram was intended to compete in the Tug of War competition, but was the only entry and the competition was cancelled. 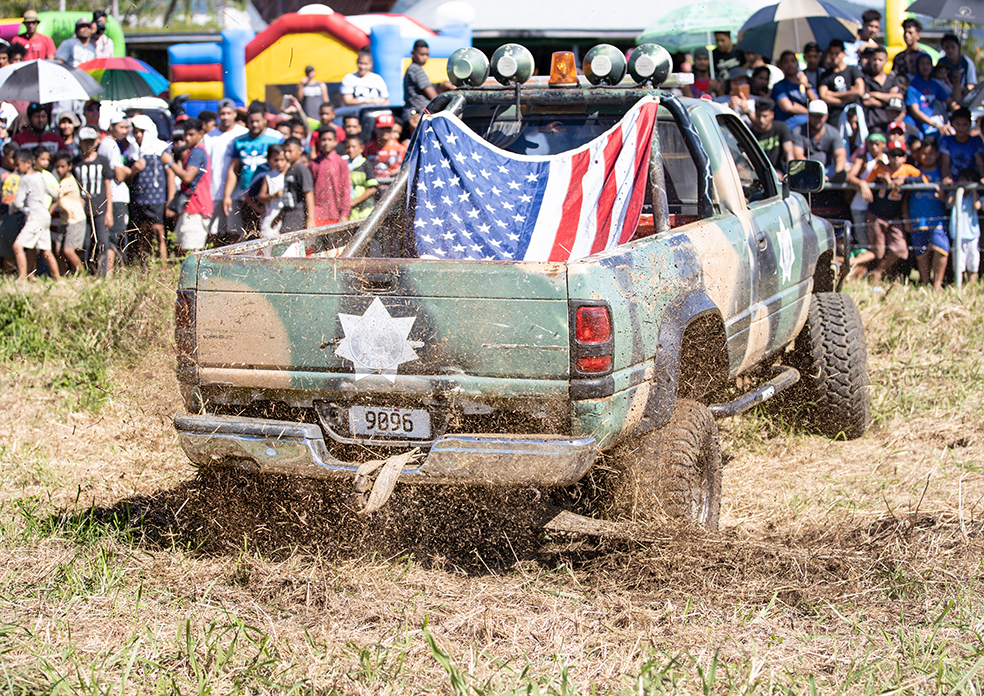 The manager of Kingdom Transport, Christopher Mafoe deals in more than buses. He brought his 2014 Landcruiser (fondly named Optimus Prime) to the car show, as well as its dozens of modifications.

Mr Mafoe has done a bodylift, suspension change, added lights and new rims and even added off-road tyres to Optimus Prime. Asked if it is worth all the money, he said of course. Like for many car lovers in the racecourse on Monday, their cars are their babies, and no expenses are spared. 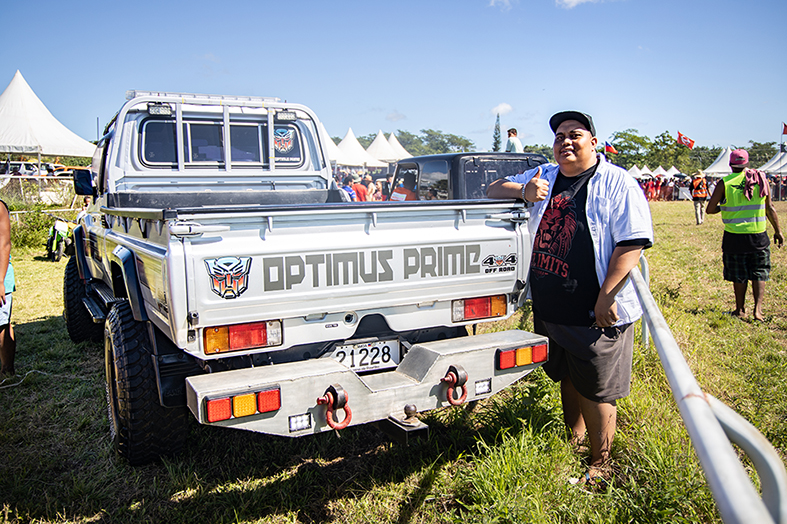