The Savai’I Vikings remain undefeated through eight rounds of the P.P.S. Super 9 Senior A competition, but are counting themselves lucky to have beaten the Safata Navigators 13-12 at A.C.P. Marist Stadium this afternoon.

The Vikings, who secured a place in the semifinals with the win, took the lead in the sixth minute through a penalty from fullback Faafou Amate, but that was the only score in the first half as both teams made errors with the ball due to each other’s strong defence.

The Vikings held a territorial advantage for the vast majority of the half, but the Navigators line held fast, even as they were twice reduced to 14 players through yellow cards to hooker Malcolm Tanielu and second five Robert Lilomaiava in the 18th and 35th minutes respectively.

But the team from Savai’i struck almost immediately after the break when Navigators winger Papu Wulf shelled a high ball, allowing his opposite number 11 Iupita Tanu to pick up the pieces for an easy try.

Amate converted from out wide as well, and the Vikings had a 10-0 lead. 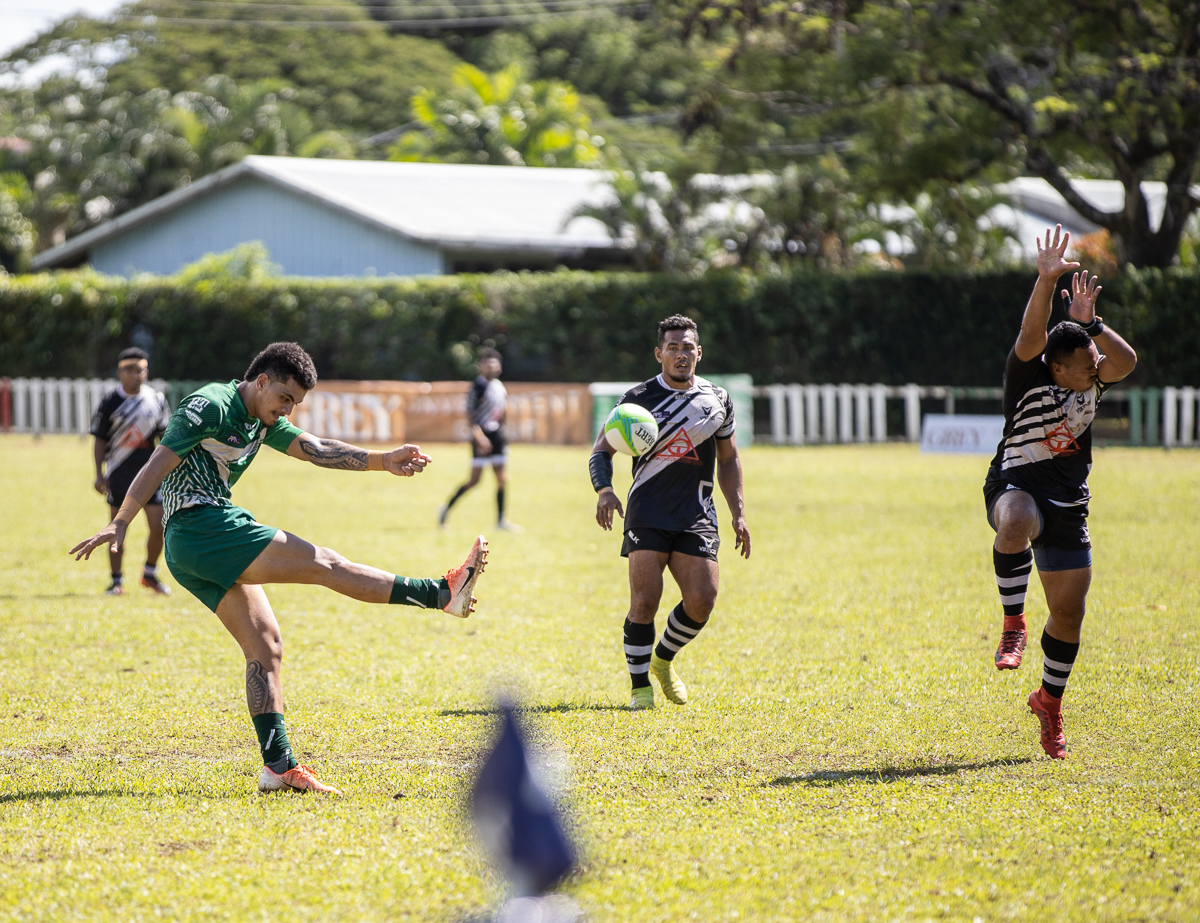 The Navigators bounced back strongly though, and some excellent carries took them just five metres out from the tryline.

Winning a penalty, the team from Safata and Lefaga called a scrum, and almost scored a pushover try.

They won penalties from that and three subsequent dominant scrums, with referee Faavae Neru opting to give Vikings prop Mafi Demont a yellow card after the second penalty, and finally award the Navigators a penalty try.

Amate added another penalty to stretch the Vikings lead back out to six in the 58th minute, but it was the Navigators who would have the last say.

They scored a try from the best backline move of the game, with centre Leia Saofaiga the final beneficiary of some brilliant running and offloading from Lilomaiava and company.

Wulf now had a chance to give his side the lead with just seven minutes remaining, but he just missed his conversion attempt from out wide, and the score remained 13-12 until the final whistle.

Vikings Assistant Coach Seumanu George Mariner said it was a lucky win, and the Navigators really should have won given they scored two tries to the Vikings’ one.

“It could have gone to Navigators and we could be the ones with our heads down.

“We were just lucky they weren’t able to convert.”

He said the Navigators are a really strong team that showed their quality on defence in the first half.

“We probably camped in their half for about 35 minutes.

“We couldn’t breach the line and we couldn’t finish it off.”

Seumanu also noted the strength of their scrum, which he called the best in the competition.

“If we want to really compete with the top teams … our eight men have to stand up and hold their ground.”

He said decision making on attack is also something the Vikings need to work on moving forward.

Seumanu said there are some positives to getting away with a win from a tough game, but they need to reach another level.

“Eels is still the team to beat.

“We’ve still got a long way to go, we know we’re not there yet.” 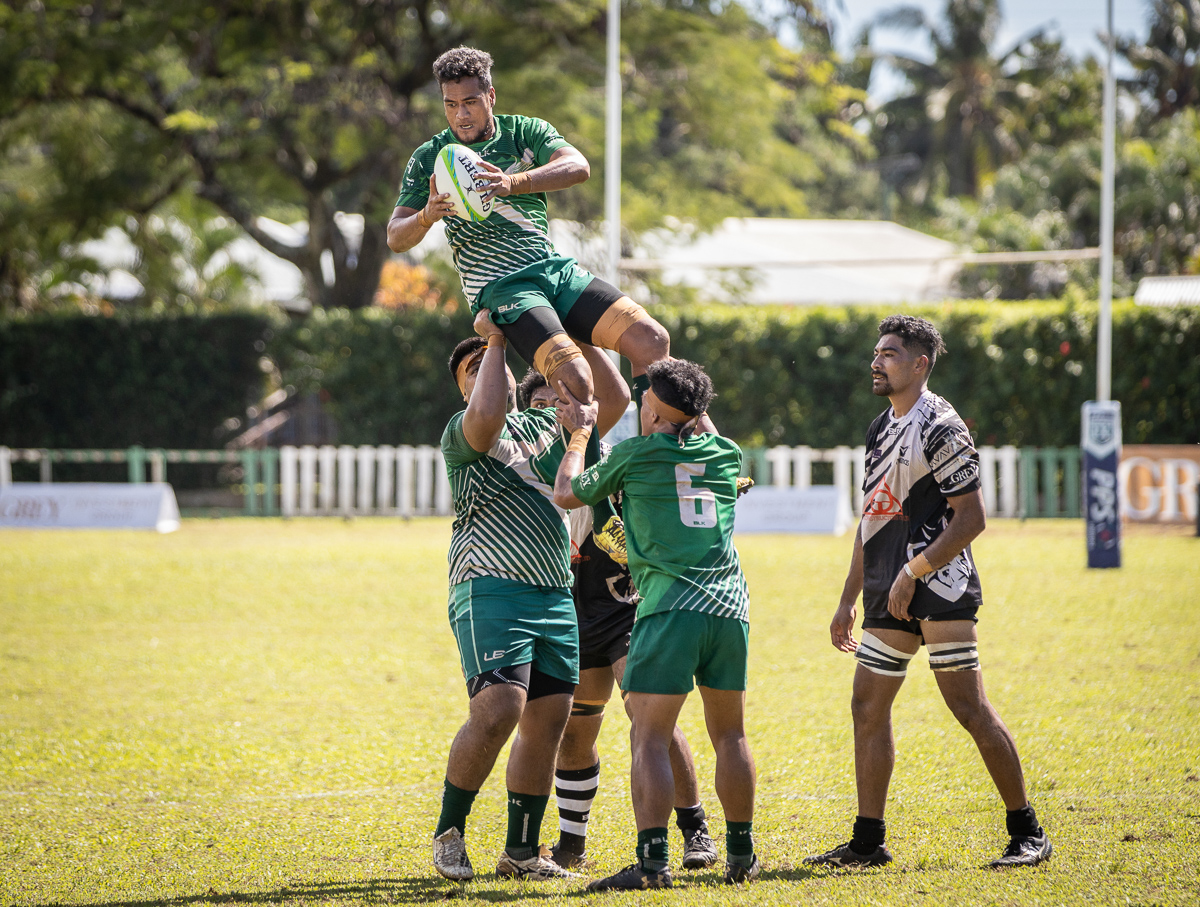 Navigators Head Coach Laauli Rudy Leavasa said their loss was down to discipline, citing the two yellow cards in the first half.

“We defended really well today, that’s what we’ve been working on.

“We just didn’t switch on when we got the ball.”

Playmaker and former Manu Samoa Alatasi Tupou left to take up a contract in New Zealand during the week, and Lilomaiava is returning to France next week to continue his professional career there.

Laauli said their absence is no excuse, and it provides a chance for younger players to develop by stepping into the team.

He said it’s a good thing to have players move on to overseas rugby.

“Especially getting that international experience, when they come here they can give it back.”

Laauli said the rest of the Navigators will go back and work on the errors they made today, in order to get things right by the semifinals, with one final weekend left in the round robin. 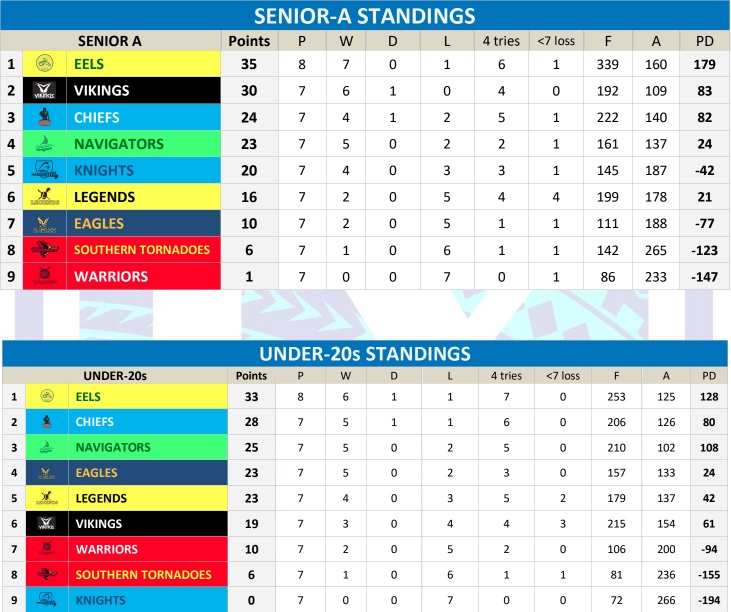