An octagonal Mau headquarter office was established in the village of Vaimoso built by the central committee in the 1920s.

It was a non-violent movement for Samoa’s political independence in the 1900s.

Today, the building no longer exists but its foundation is still in place and serves as a reminder of Samoa’s fight for its freedom from colonial rulers.

A replica of the building sits on the foundation of the original office that stands on the land of the late Une Kelekolio I, a member of the Mau movement.

His grandson, Fa’aletonu Mikaele Kelekolio II, says the foundation of the old Mau office is a monument that serves as a "memory of the bloodshed of those who lay down their lives for the country."

“Our grandfather was in the Mau and this foundation reminds us year after year of the lives of those who died to protect the Tama Aiga and for our freedom,” said Fa’aletonu.

“This foundation is very important to us because the blood of our forefathers was spilt and remains in these land and eventually led to the Independence of our country. 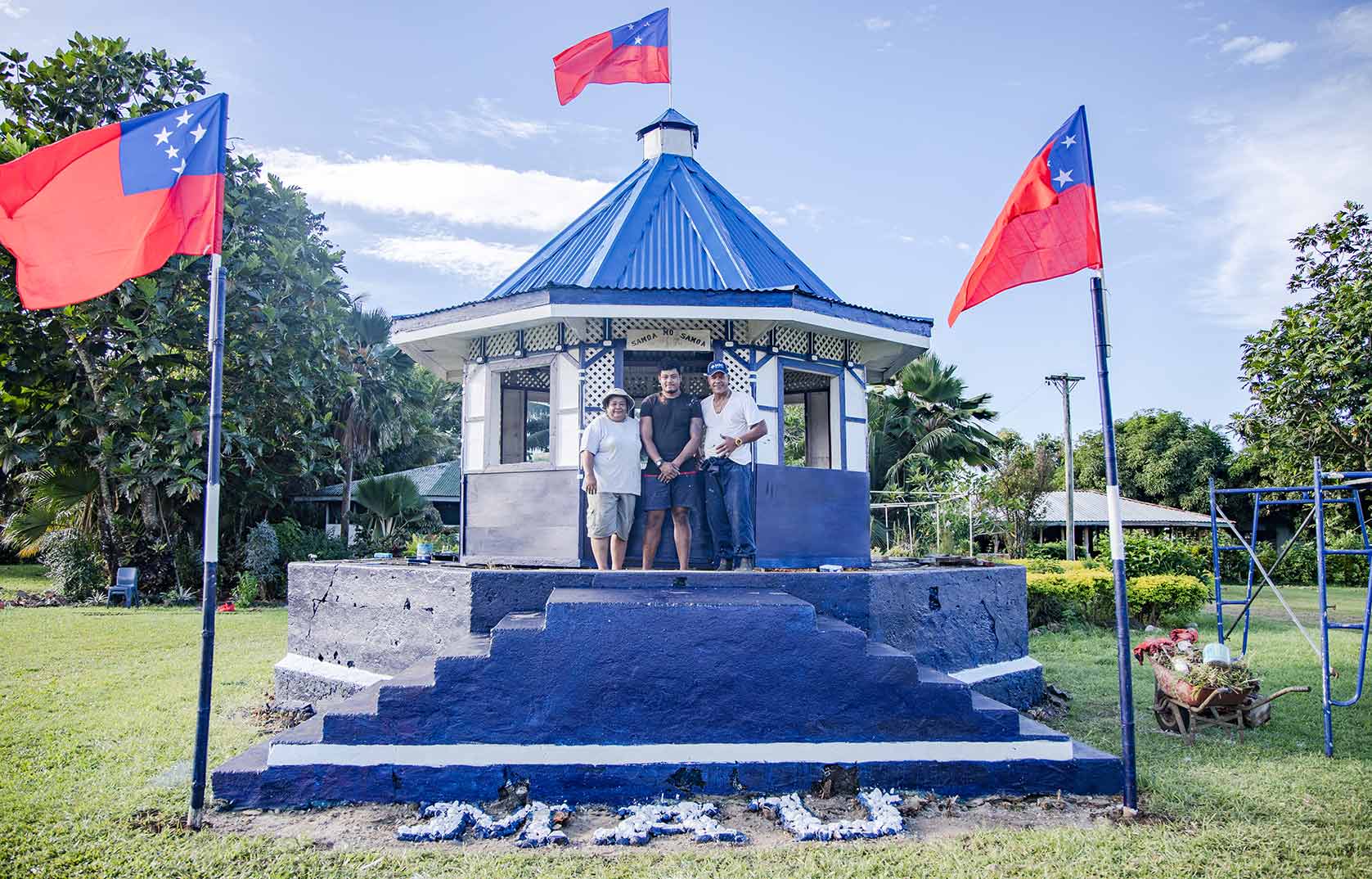 “I am not aware of the many other forefathers that spilt their blood but the Mau office here is a memory of our ancestors that are no longer with us today.”

Fa’aletonu said there are many stories of the Mau and the gatherings that took place on the land he lives on, one that was passed down from my ancestors.

Although he does not have the knowledge of the events of the Mau he holds on a few stories that were passed down from him from his grandmother, Suisami Une Kelekolio I.

“She used to tell us stories of the Women’s Mau and they gathered here,” he said. “When the men ran and hid into the hills the women gathered food and clothing and took it to the men hiding in the hills.

“That was one of the few stories that I gathered about the events.”

The Women’s Mau emerged days after the men retreated into the hills to avoid prosecution.

As the movement grew, the leadership came under the country’s elite matai, with women supporting the national organisation through leadership and taking part in marches.

Supporters of the Mau wore uniform of a navy blue lavalava with a white stripe, which was banned by the colonial administration.

Fa’aletonu, his son Joseph Une and wife Seina, painted the replica Mau office with the colours of the Mau uniform.

According to Fa’aletonu, the timber of the old Mau office has been used to build his house because of its significance to him.

The Mau movement began on the island of Savai’i with the Mau a Pule resistance in the early 1900s during the German colonial era.

The opposition movement that emerged in the late 1920s, was organised and widespread.

One of the Mau leaders, Olaf Frederick Nelson was eventually exiled but continued to assist the organisation financially and politically.

On the 28 December 1929, patriot and leader, the late Tupua Tamasese Lealofi III led a peaceful demonstration in Apia.

The day became known as Black Saturday when Samoans were killed including the Mau leader, Tupua Tamasese Leaolofi III, who was fatally shot by the New Zealand administration during the peaceful demonstration.

His last words were: “My blood has been spilt for Samoa.

“I am proud to give it. Do not dream of avenging it, as it was spilt in peace. If I die, peace must be maintained at any price.”

The leader was laid to rest in the nearby village of Lepea.