Two academics from Scotland were recently in Samoa, to ascertain if there is local interest in supporting creative writing workshops for aspiring Samoan writers, using the literary works of famed Scottish author Robert Louis Stevenson.

Michelle Keown, who is a Professor of Pacific and Postcolonial Literature at the University of Edinburgh, said the significance of the project is getting the Samoan people to share their thoughts on how much Stevenson meant to them.

“In the United Kingdom (U.K.), there has been a lot research done of Stevenson’s time in the Pacific. But hardly anybody thinks about how much Stevenson means to the Samoan people, his involvement in the late 19th Century politics, (and) trying to protect Samoa from other colonial powers.

“We want to give the young generation a chance to respond to Stevenson in a contemporary setting. Stevenson valued the stories by the indigenous people and given there is quite a bit of legacy here. So basically me and a colleague Shari Sabeti, who is a Reader in Education, University of Edinburgh are here to make some inquiries,” she said.

Ms. Sabeti, who accompanied Professor Keown, said that there is an educational component to their project and will involve working with young students in Samoan schools.

“Some of our work will be with young people in school, we will run workshop with children partly exploring Stevenson and his stories together with Samoan stories that we are hoping to get the young people to write and so it would be art, education and storytelling.

“We also hope to work with teachers, educators, with the aim that these will be published and used for the education system in Samoa. This will also assist the teachers with developing literacy for the students in schools," she added.

The two academics were also involved in a similar project that saw them work with partners in the Marshall Islands with Professor Keown indicating that funding for the proposed project could be a challenge. 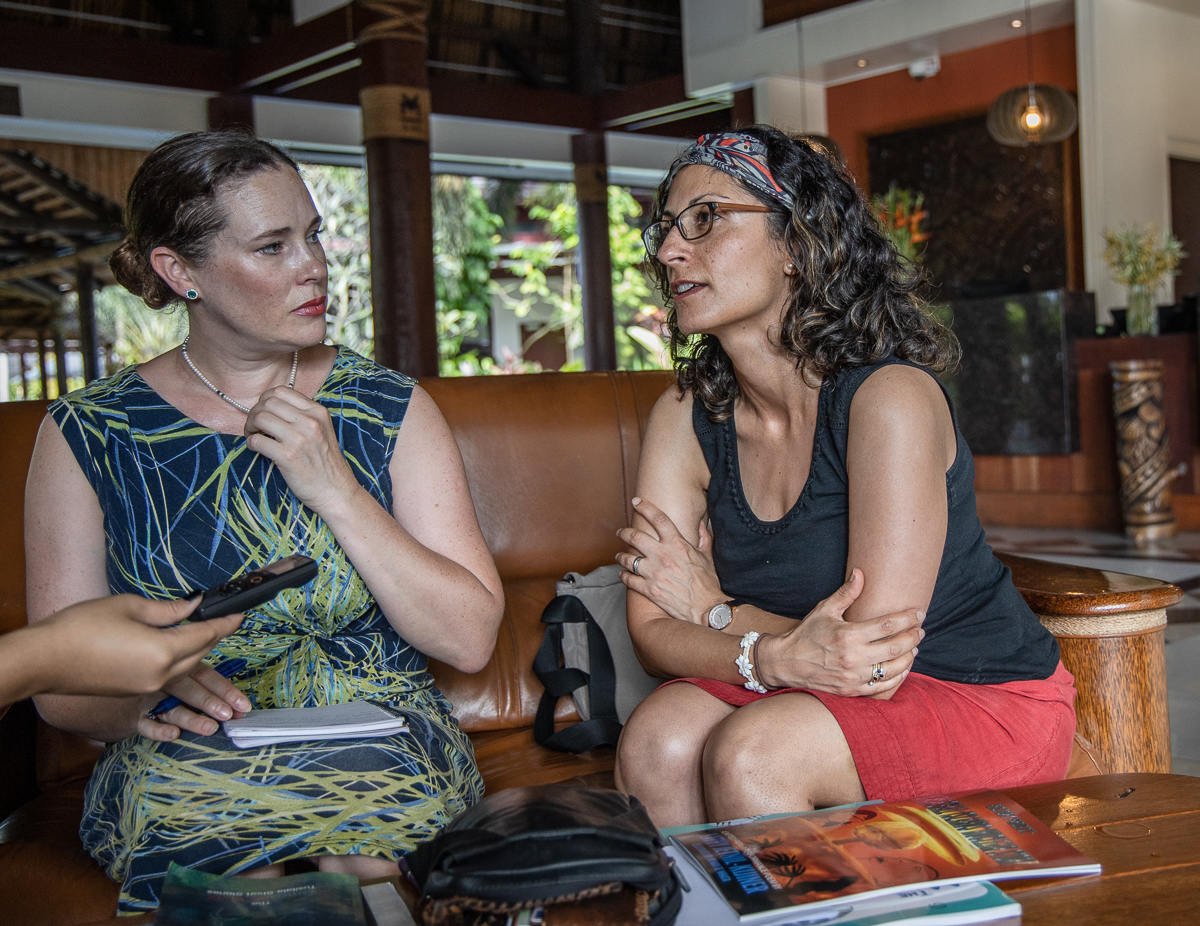 “The UK has funding for arts activities and they give funding to universities as well, we wanted to work here because of Stevenson basically so we are working on a project that comes out from previous work we have done in Marshall Islands.

“The project is called remediating Stevenson as in returning to his work and exploring it in different ways and in different media,” Professor Keown said.

The core of the project will revolve around the work of two visual artists here — Hawaiian artist Solomon Enos and British artist Simon Grennan — who have been involved in adapting the short stories into graphic novels format.

“We are looking at adapting Stevenson’s narratives which he wrote when he was in Samoa like the short story The Beach of Falesa, The Isle of Voices, The Bottle Imp - hopefully compile them into graphic novels.

“We also want to bring Selina Tusitala Marsh (Samoan poet in New Zealand) over to do a creative writing workshop with budding authors here in Samoa from Upolu and Savai'i," added Professor Keown.

“I am going to be applying for a grant funded by the Government on January and March next year, if we get the funding it would likely start in 2021.

“We came to find out who we need to work with like visiting the Museum at Vailima, and some schools and part of what we are doing while we are here is running some workshops like with the National University of Samoa,” she said.

And while there is potential to apply for funding in the United Kingdom, they will need to work to identify local partners whom they can work with for the project. Potential partners include the National University of Samoa.