"This is a lovely place to visit"

An elderly couple from New Zealand say they have had an amazing time in Samoa.

Mike and Dot McNab flew into Samoa last Sunday for a one-week holiday.

This is not their first time. They told the Samoa Observer they were in the country before to help raise funds for survivors of the tsunami in 2009.

Mike Mcnab, 60, said the first thing they noticed and were impressed by was a man playing Samoan music using the guitar, which they only see on television.

“When we flew into the airport on Sunday, there was a guy playing the guitar and we could hear Samoan music being played and that was like the ‘welcome to Samoa’ because I have seen it on T.V,” he said.

"This is a lovely place to visit.”

Since their arrival, they have been around Upolu and were thrilled to hear the legend of the coconut tree and how locals crack the shells open.

“It was a fantastic tour," said Mike, who acknowledged tour guide Ben from Tanoa Tusitala Hotel.

He said Ben told them about the legend of the eel and the coconut.

His wife, Dot Mcnab, 59, said she was impressed by the scenery and the waterfalls.

"There were three waterfalls. Ben took my husband and I for a swim, and it was a wonderful time.

"We went to Lalomanu and the fales were beautiful. We raised some funds for the tsunami 10 years ago and it’s great to see that Lalomanu has recovered.

“We went to where the tsunami came in at Lalomanu village because years ago we helped to raise same funds for the people who were affected, and we felt good coming back to see Lalomanu."

They agreed overall it’s has been a great experience for them.

“95 percent of the experience here has been wonderful with the people and we feel safe here in Samoa then in New Zealand,” Mike said. 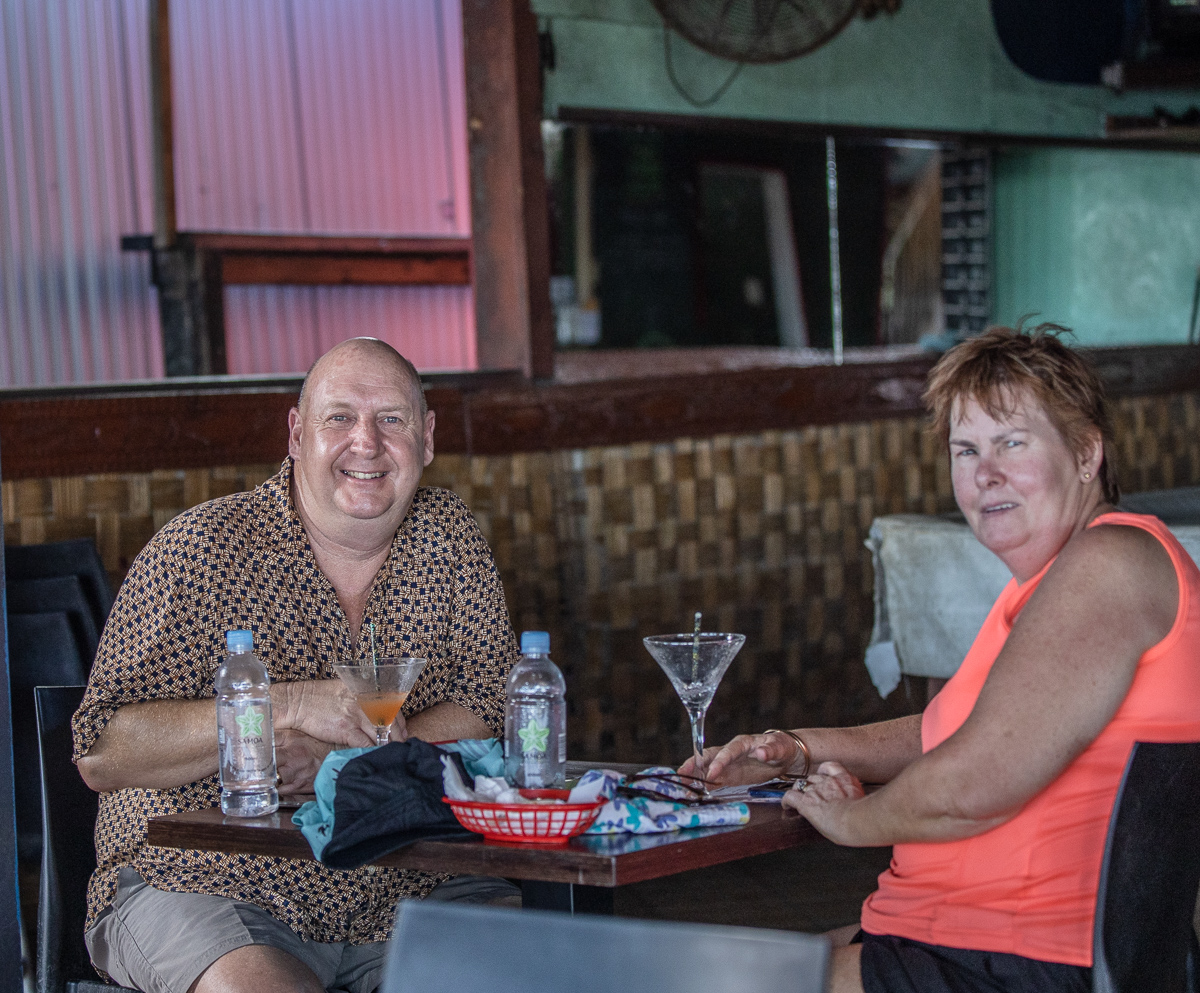