The non-resident diplomat accredited to Samoa said construction on the new mission will begin soon. The building will be located at the Cross Island Road, not far from the Australian and New Zealand High Commissions in Apia.

"It feels like a very exciting time in the U.K. and Samoa relations, it really does. There’s is a huge amount that we can do together and there is that natural affinity between U.K. and Samoa," she said.

Her trip to Samoa this week saw her engage in discussions with Samoa Government officials on how and where the United Kingdom will be focusing their efforts on as part of its partnership with Samoa.

She said ensuring that there is no duplication of the work that other countries are doing in Samoa, and identifying areas of shared priorities was a part of their discussions.

"And we don’t want to duplicate the work the other countries are doing but I think there are already some quite key themes of where there are shared priorities and things we want to be taking forward," she added.

A candidate has already been identified as the United Kingdom's top diplomat to Samoa, but Ms Clarke said the appointment will not be made public yet until the appointment process is finalised. A deputy high commissioner will be appointed and will based in both Samoa and the New Zealand city of Auckland.

"So based in our office in Auckland, and that will really be able to make the connections between engaging in Samoa but also engaging the Pacifika and Samoan population in Auckland, and so I think that will work really well and really reflect quite how strong the links are in New Zealand and Samoa as well," she added.

Ms. Clarke said the bilateral discussions revolve mostly around the shared membership of the Commonwealth, and also on Samoa hosting the Commonwealth Heads of Government Meeting in 2022.

"So there is a lot to talk about there and of course on climate change and oceans where there is a real shared priority and Samoa like the rest of the Pacific is in the front line there. 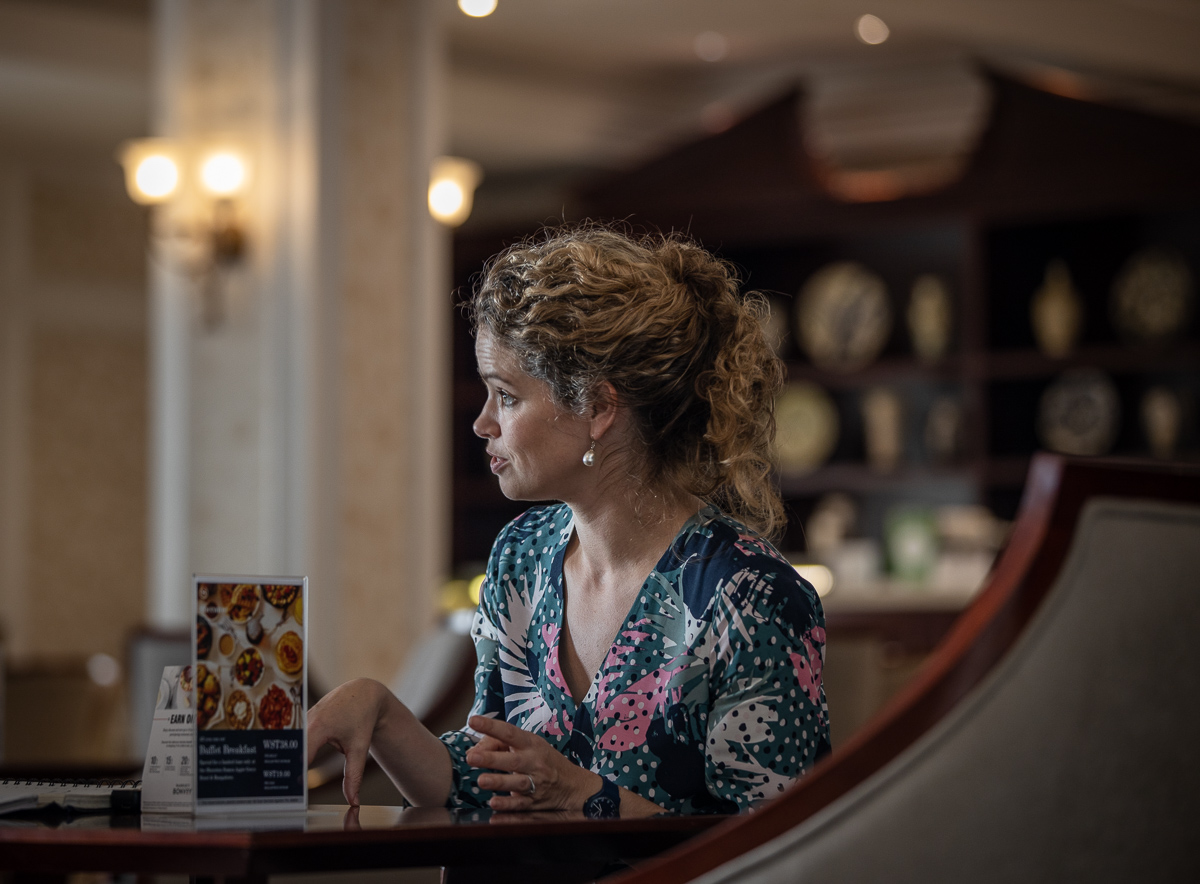 "And the big focus on climate change and we’re all gearing up with the UN General Secretary meeting  on climate change in September. And Prime Minister, Theresa May is the climate resilience champion so there’s a lot of complementarity of priorities there," she added.

Apart from Samoa, the United Kingdom is also opening up High Commissions in Vanuatu and Tonga according to Ms. Clarke.

"It’s really a recognition, that we’ve perhaps stepped back a bit too much from the Pacific in the early 2000s, and we want to be doing more in supporting and development supporting on global issues, whether that’s climate change or the oceans. And working with all the international partners as well.

"We contribute a lot in development funding already through various multinational organizations so we’re really then looking at what, in addition to work on the oceans and climate change space, what else we can do is perhaps there’s work in governance and perhaps a whole range of areas," she added.

Ms. Clarke said Samoa provides leadership on the global stage on the climate change agenda, which she said is important as a key Commonwealth partner.

"So the U.K. has done a lot and really trying to make the Commonwealth a real organisation fit for the 21st Century and is able to respond to those challenges in 21st Century. And then working through those issues, together with the Commonwealth, whether that’s human right and democracy or whether its clean oceans and tackling waste, tackling plastic pollution of our seas and all those I think are very important," she said.