Couple Johnny Taylor and Natalie Geoghegan chose Samoa over Fiji and Rarotonga as their holiday destination, and they don't regret it.

The English couple are doctors and currently working in Auckland, New Zealand for a year.

Their one-week trip to Samoa is a chance for them to escape the busy work life.

Johnny told the Dear Tourist team that he has always wanted to come to Samoa since watching a England and Manu Samoa rugby match in 2003.

"I always wanted to come to Samoa from watching the rugby. The team just looks so friendly and nice and it’s like they look like nice people.

"Back in 2003, they nearly beat England and they all just seemed like great people to go and visit and seeing as how we’re so close," said the 28-year-old.

When asked why they chose to travel to New Zealand for work, they said they have friends who were also their for work.

"We have some friends who worked out here in New Zealand. We wanted to explore, New Zealand Australia and the Pacific, and it’s been lovely. But only there for a year, going home in December," said Natalie, 27.

"I wanted to learn a different cultural side of it, I don’t know [but] I think coming over to NZ, we’ve learned a lot about the Maori population and different culture there and I was really intrigued just to see what [other] pacific island cultures would be like, so that’s been interesting," said Natalie.

Their trip started with the first few nights at Salamumu Matareva Beach Fales, saying they both wanted a more cultural experience to meet Samoan people.

"I thought it was quite nice staying at Matareva because you’re there with the family and you’re basically chatting with them all.

"Like learning about how the family structure works and how everyone just pitches in and helps and yeah they’re preparing a little bit for a wedding and we learned a bit about that," Natalie said. 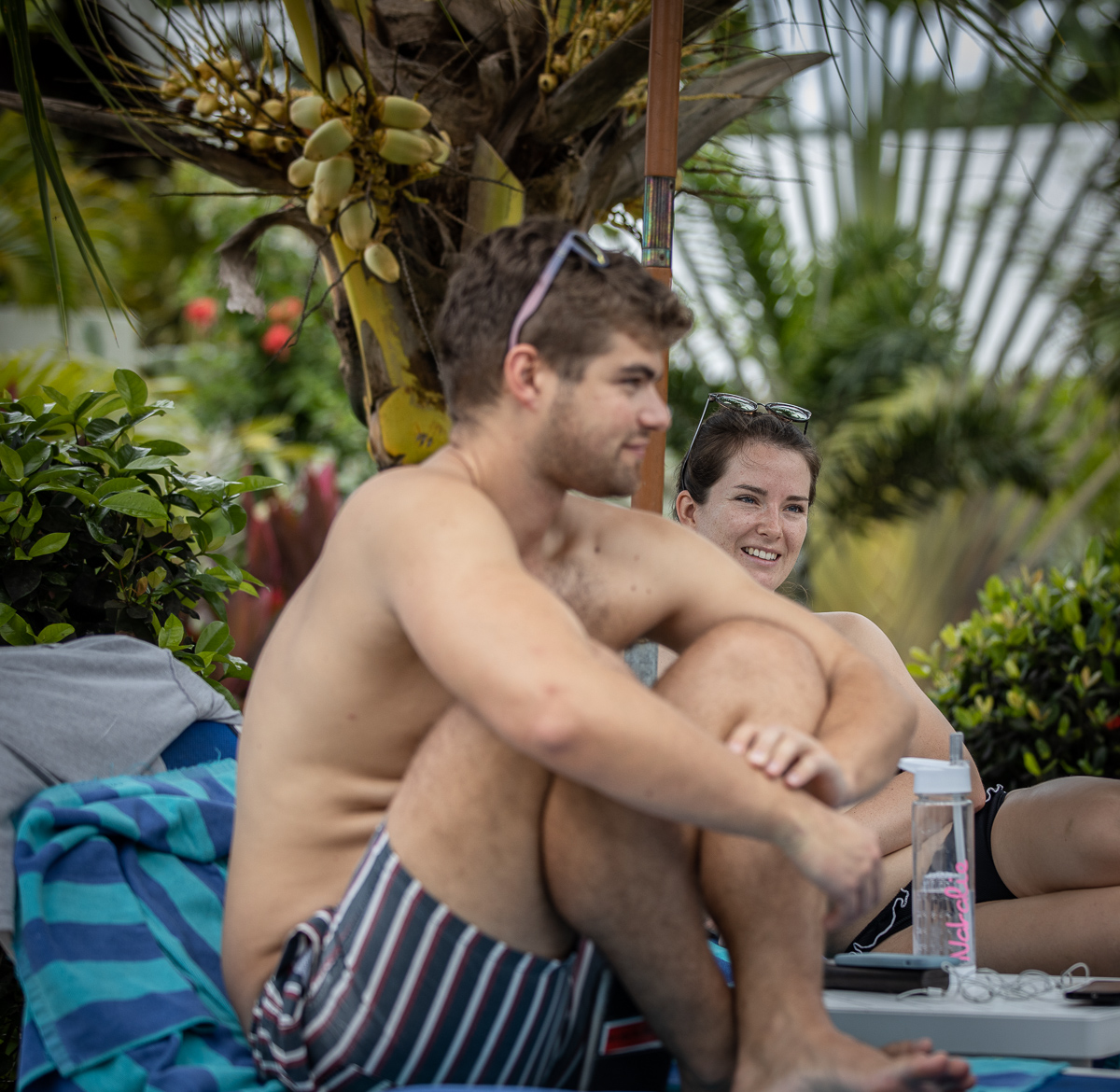 Now staying at Saletoga Sands Resort & Spa for their last four days on island, the pair could not contain their excitement when they were asked how they were liking the food.

"Food is amazing. We had last night a sashimi and a salad thing that was amazing, the fish has been amazing," said Johnny.

"And then we had some coconut rice pudding thing for breakfast. That was lovely, that was delicious," added Natalie.

They said they loved experiencing the Samoan hospitality and the friendly faces.

"The people are really nice. Everyone is so lovely. Back home in England everyone is quite reserved.

"They’re polite and nice but they’re reserved. But here everyone is so friendly and genuinely nice," smiled Natalie.

Apart from the cloudy weather and the bad conditions of the roads, they have thoroughly enjoyed their break from work.

"Otherwise it’s been so easy, everyone has been so helpful, so like we got picked up at the airport, that was very easy, sorting out transport has been very easy and food has been delicious.

"Everyone is happy to help us if we needed it. So the roads and the rain, everything else has been perfect," Johnny said.

The couple will fly out on Sunday night, saying they booked the latest flight they could find; landing at 2a.m in Auckland and work shifts starting at 7a.m.

"So it’s going to be a shock to the system," said Natalie.