The media and members of the public were asked to leave the Courtroom when Frysna Rimoni, the woman who was allegedly shot on the face by attempted murder accused Peter Tulaga, gave evidence through a video link.

The order was made by Justice Tafaoimalo Leilani Tuala-Warren following an application from the Prosecution.

The order from the Court was extended to all members of the public present in Court who are not related to Ms. Rimoni. They were banned from sitting in the Court when she gave evidence.

Lead Prosecutor, Magele Leone Sua, of the Office of the Attorney General, made the application after the Court was adjourned before 11 a.m. to set up the video link for Ms. Rimoni.

Defense lawyer, Tauiliili Harry Schuster, did not object to the application.

Justice Tafaoimalo said: “I make the order pursuant to section 56 of the Criminal Procedures Act (C.P.A.) that is to exclude the public and representative of the media from this part of the trial.

“The only people allowed are the family members (identified by Ms. Rimoni’s sister) and prosecution.”

Under the C.P.A. 56 (1), a Court makes an order pursuant to Article 9(1) of the Constitution to exclude the public and representatives of news services from all or any part of any trial, the Court may, in addition to making the order or instead of the order: (a) make an order to prohibit the publication of any report or account of the whole or any part of the trial; or (b) make an order to prohibit the publication, in any report relating to the trial, of the name of the defendant or of any other person connected with the trial.
Members of the media and a few other members of the public left the Courtroom after the order was made. 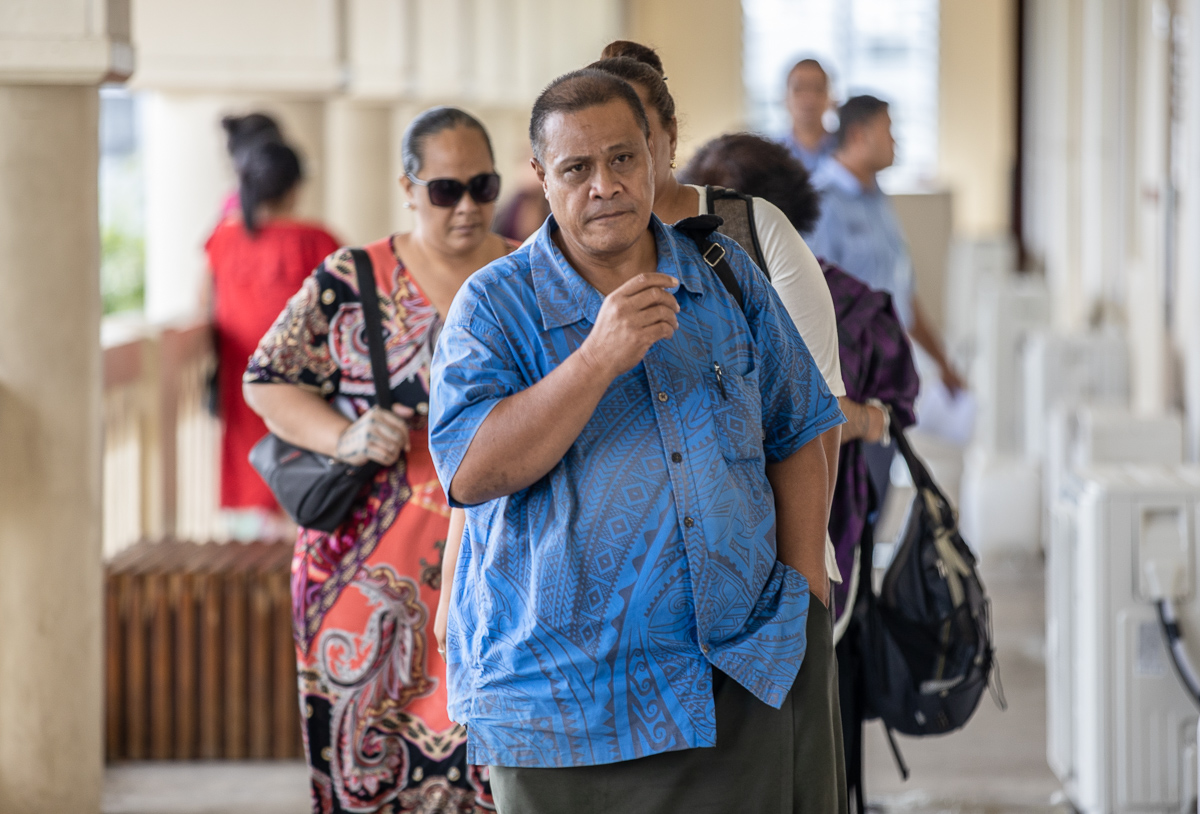 The Court was adjourned for two hours while Ministry of Justice and Courts Administration IT staff worked on connecting the video link to New Zealand.

He has pleaded not guilty to all the charges.

Tulaga is accused of shooting Ms. Rimoni on the face on 15 January 2019 after a disagreement between the pair.

It is alleged that Tulaga was suspicious of Ms. Rimoni and this led to the alleged shooting.

The Court heard that Ms. Rimoni was in a relationship with Tulaga at the time.

She survived the incident after being evacuated to New Zealand for surgery.

She was called again to testify on whether she did tell the nurses on duty — the night Ms. Rimoni was taken to hospital — that her brother stabbed the woman and shot her.

The nurses who gave evidence on Tuesday include Frieda Alesana, Pelepesite Lemalu and Elaine Taituave.

In their evidence, the nurses told the Court that Melania had told them her brother stabbed and shot Ms. Rimoni, which led to her being hospitalised.

Tauiliili then asked Melania if she had told the nurses what they had mentioned in their evidence.

In response, Melania said she did not.

The Court heard that what Melania had relayed to the nurses was what she was told by a doctor during the time Ms. Rimoni was at the hospital.