The Minister of Samoa Land Corporation (S.L.C.), Lautafi Selafi Purcell, says the Government has stopped what he has described as a “land scam.” Speaking to the Samoa Observer, the Minister said the scam involved a lease-to-own-agreement with S.L.C., where families were able to buy a quarter acre of land “below market rates” from Nu’u to the Falelauniu area.

But some families resold the land at double the price they bought it for. To make things worse, the Minister said the families then went back to the Corporation asking to buy more land, this time using a different relative's name.

When the scam was discovered, the Government immediately stopped the scheme.

“They came crying to the Government for cheap land and in return they made deals and sold it to people with money,” Lautafi said.

“After they resold the land from the scheme, they come back asking for another land under the scheme, claiming their children go to school in town and need a land near the area. This is not right and the Government is not irresponsible to give them more land for their scams at the expense of the government.”

The Minister said the scheme was designed to allow people, especially people from rural Upolu and Savai’i, to own freehold land closer to the Apia Township.

He revealed that some families bought a quarter acre for $30,000 from the scheme quickly resold it for $55,000 to wealthy families. Some land has been sold to overseas buyers.

“”It is unfortunate that these people took advantage of the scheme and as a result it had to be stopped," said Lautafi.

Asked how many families were involved in the scam, the Minister said he does not have the exact number, but he is aware there are a lot of them. He pointed out that the Government does not normally cancel a programme over the actions of one or two people, but will do so if a lot more were involved. The areas affected by the cancellation of the programme include Nu’u and Falelauniu.

“Other families heard about what the others were doing and they did the same,” he said. “The wealthy and those living overseas also targeted these families and asked to buy their lands at a higher price than what they bought it from the Government.

“So the people with money bought the lands from the families for about $100,000 for three acres of land which is nothing really to them coming from overseas.

“They leave the land here and have families live on it while they go back overseas and continue on with their lives while the families that resold the land have bought new cars and ended up going back for more lands.

“That is how unreal this situation is and it always seems to be the first thing they think of and want is to buy brand new cars.”

According to Lautafi, the lease-to-own agreement scheme gives a family a quarter acre of land. But upon inspection of the area, he found that there were fences placed on two to three acres of land.

“As far as I know you were only allowed a quarter acre of land, there were no three acres of land being sold altogether. But during my visits I saw that there were three acres with fence surrounding it.

“And after asking around it was discovered that those families (that applied for land) resold the lands and bought cars with that money. It is not right and it cannot continue like this…it has to stop.”

Thinking back about the past and how the scheme had helped others, Lautafi said some families were very fortunate to own land under the scheme. He recalled that in the past, those from Savai’i had to reside with extended families in Upolu to attend college in town.

“It was a practice in the past for us from Savai’i, which even I had to live with my father’s family when I came here for school,” said Lautafi. “If you wanted to get ahead with school you had to live with extended families and for some had to live with people they were not related to so they can attend College here. There was no College at that time in Savai’i.

“We had to bring basket of taro and umu in those days for the families that we lived with in Upolu because some were not fortunate to have land here until they grew up and managed to buy land.

“But what I’m saying is I wish the government had this scheme back then and it is very sad to see that now that they have the opportunity to own land they misused the system.”

The Minister said the Government has no intention of revisiting its decision to abandon the scheme but has hopes in the future things will change.

Meanwhile many more families are still on the waiting list at the S.L.C. wanting to lease land. 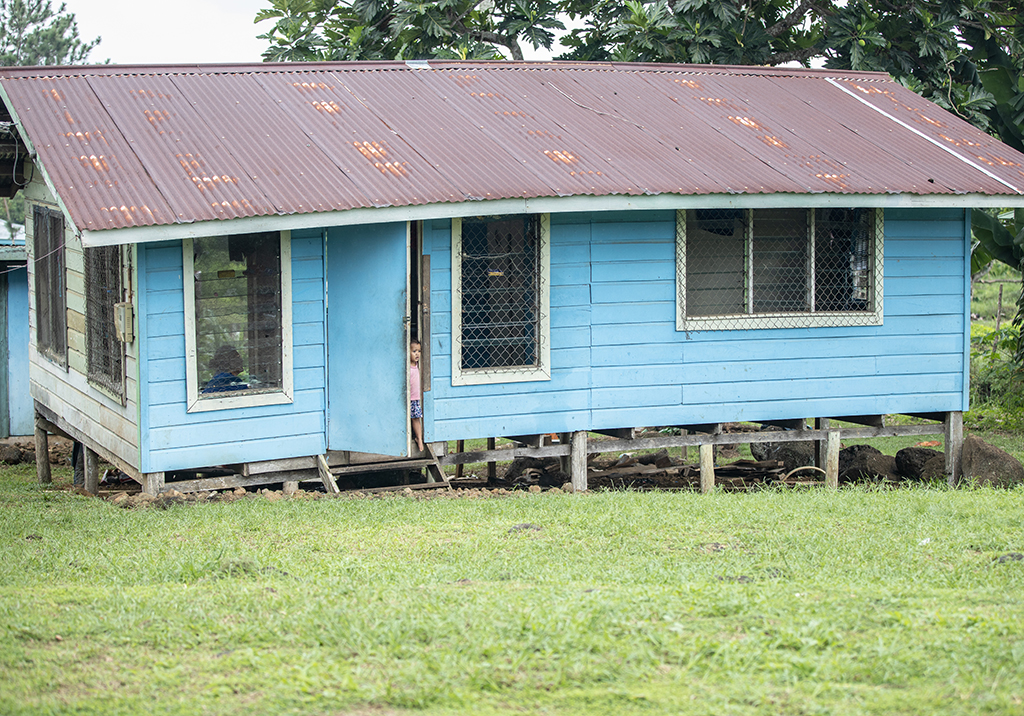 One of those families is Kolia Va’a currently renting on another family’s property at Nu’u Fou. Mr. Va’a said he had recently submitted an application with S.L.C. for a piece of land he can develop for his new growing family.

The father of two, pays a monthly rent of $300 tala aside from water bills and maintain the ¼ acre of land.

“I met my wife who is from Savai’i in 2016 and we started looking for somewhere to settle down,” he said. “For now this place will have to do but long term we will eventually have to find somewhere permanent.

“I was a truck driver for one of the wholesale company and had to resign two weeks ago because my wife fell ill and could not attend to our children.

“As I told you we have rent to pay and I hope that our application will be considered soon so we can have somewhere to settle down on that is more permanent and less costly.”

Mr. Va’a added he started renting on the property since 2017.

On the other hand, a family from the village of Fagamalo Savai’i was one of the lucky ones that were able to buy a ¼ acre of land from government in the past before the scheme stopped.

Ulata Unasa, 63, moved from Fagamalo two years ago after her daughter managed to find land in the area and settled down.

Planning to build a proper modern home, the mother is thankful for the scheme.

“I guess we are lucky to have been able to own freehold land here,” she said.

“My daughter actually did the paper works for this land for our family.

“We have settled down in the area and it has been very convenient for our children and grandchildren in terms of school and work.”

S.L.C. primary segments consisted of providing lease and sale of land services to residential and business customers in Samoa.