Paddy McCarthy (middle) and his 60.2 kg yellowfin tuna, the biggest of that species caught this week. (Photo: Misiona Simo)

After their women's team's 179.4 kg marlin catch on Wednesday, Team Hurricanes are "over the moon" to have picked up the biggest catch on Friday at the Samoa International Game Fishing Tournament as well.

Paddy McCarthy of Wellington, New Zealand hauled in a 60.2 kg yellowfin tuna for the team, whose boat Le Doradi was skippered by Derek Rassmussen. McCarthy said catching the biggest yellowfin of the tournament was a nice way to end the week.

“Stoked, over the moon," he said. “We nearly lost it a couple times, it tried to go under the boat and round the propellor and all sorts of things."

He said their day started off pretty dead.

“Until about lunchtime I think, then all of a sudden just bang."

McCarthy and Team Hurricanes fought the fish for just over two hours. 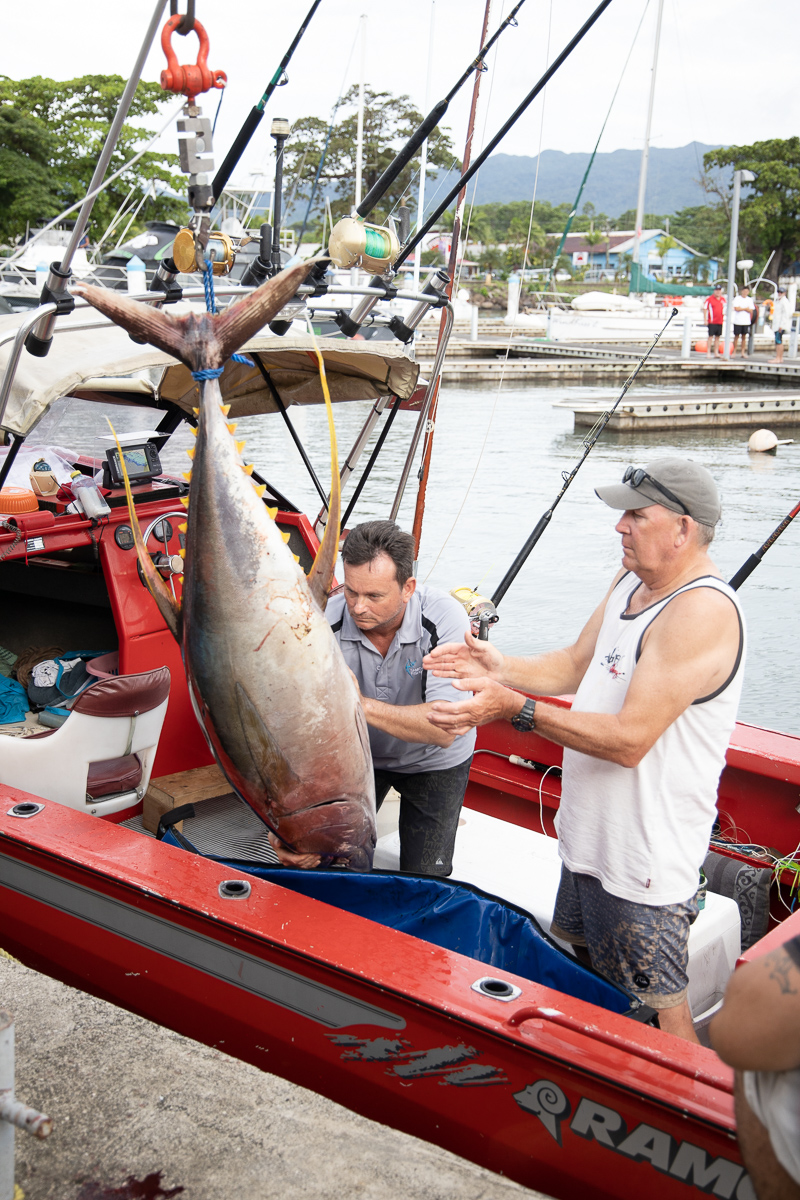 “And when we did get it on the boat it smashed the boat."

He said the yellowfin was flapping around for a good 20 minutes.

McCarthy isn't sure where the catch leaves his team in the overall standings.

“That’s pretty much our only fish.

“Except for the ladies of course, they well and truly cleaned up there."

Karleen Rassmussen's 179.4 kg marlin catch in the ladies tournament on Wednesday was by far the biggest catch of the week-long Samoa International Game Fishing Tournament.

McCarthy said he was absolutely rapt for the Hurricanes Angels ladies team's haul. 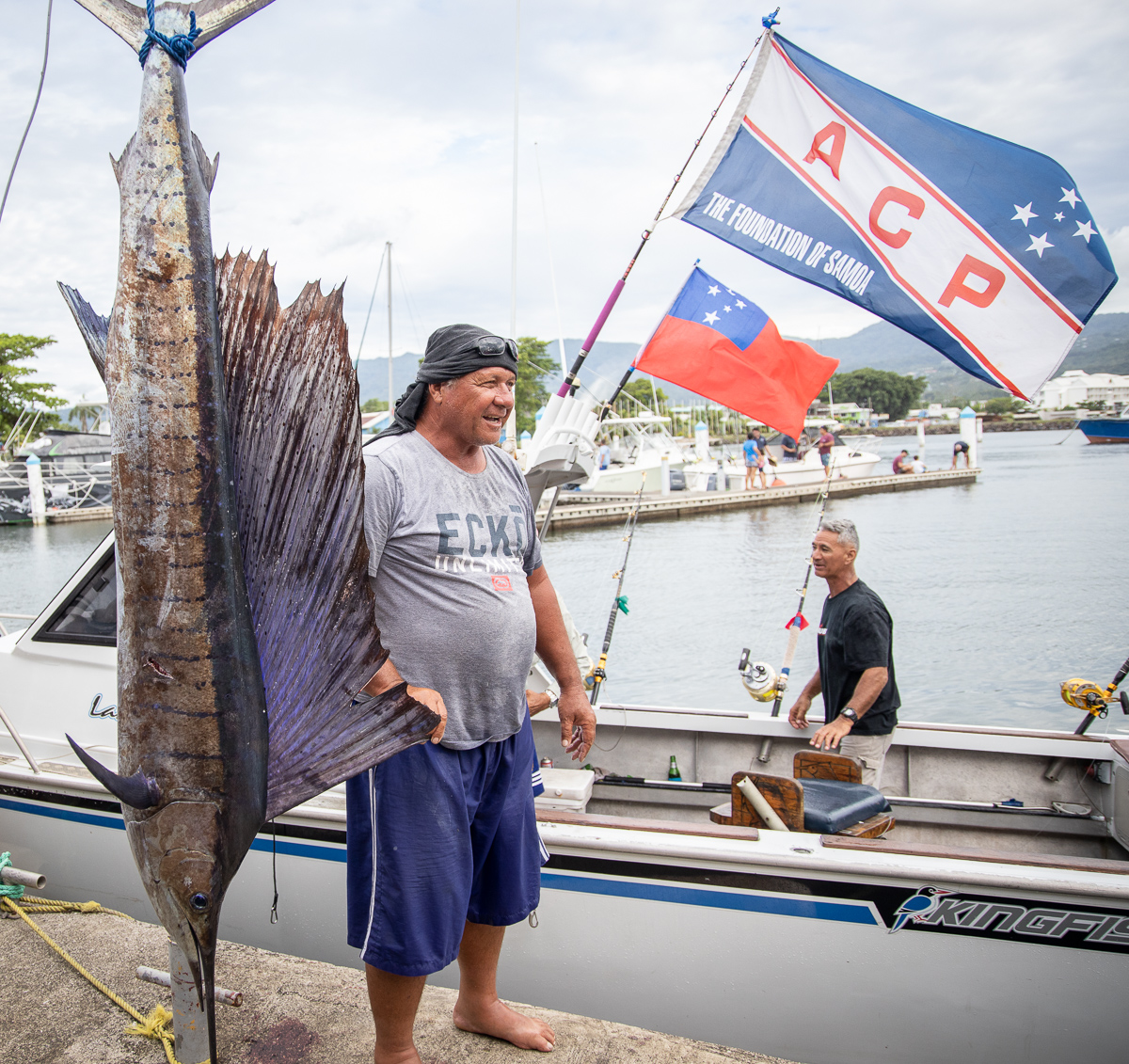 This was McCarthy's sixth year in a row coming from Wellington for the tournament.

“We haven’t been that successful in the past, but it must be our turn.

“But luck was on our side a bit today." 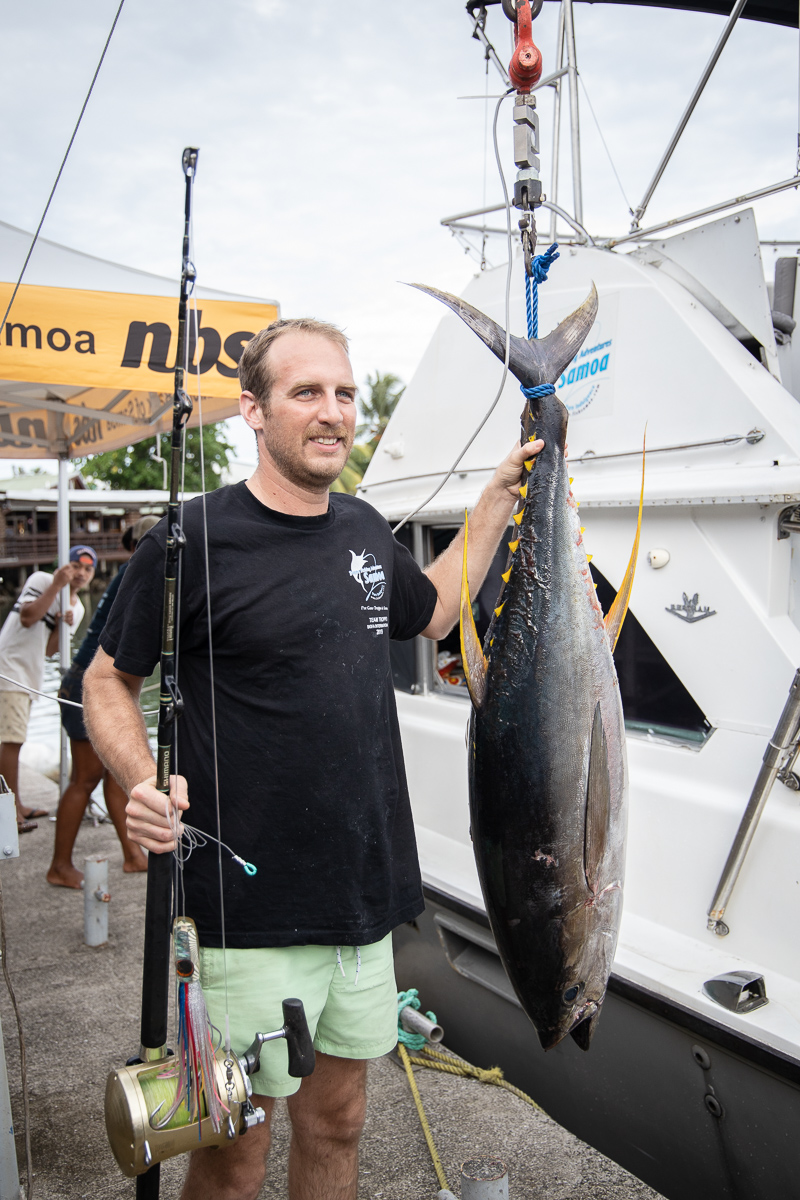 He said they will definitely be back again next year.

“A lot of it’s the people here as well, the people from the club are all great people."

McCarthy said the banter out on the water and over the radio is all part of it.

“All of that, it’s quite special being here, humbling to be here and get a fish.

“The sorest muscles for everybody on our boat is the smiling ones."

McCarthy said that is all an angler can ask for.