The Ambassador of the Republic of Korea to Samoa, Seung-bae Yeo, is in the country to strengthen cooperation between the two nations in areas of mutual interest.

Speaking during the Korea-Samoa friendship night held at Orator Hotel Thursday evening, he said the gathering is to celebrate the two countries' friendship, food, music and culture.

"Samoa is a valued partner of Korea. Last year when I visited Samoa, I said that Korea is willing to further strengthen cooperation in areas of mutual interest," he said.

He highlighted the 5th Korea-Pacific Islands Senior Officials’ Meeting being held successfully held in Seoul last October with a representative from Samoa as a sign of friendship.

“Since 2011, Korea has held the Korea-Pacific Islands Foreign Ministers’ Meetings and Senior Officials Meetings. These meetings have contributed to broadening the horizons of our mutually beneficial cooperation at the government level. 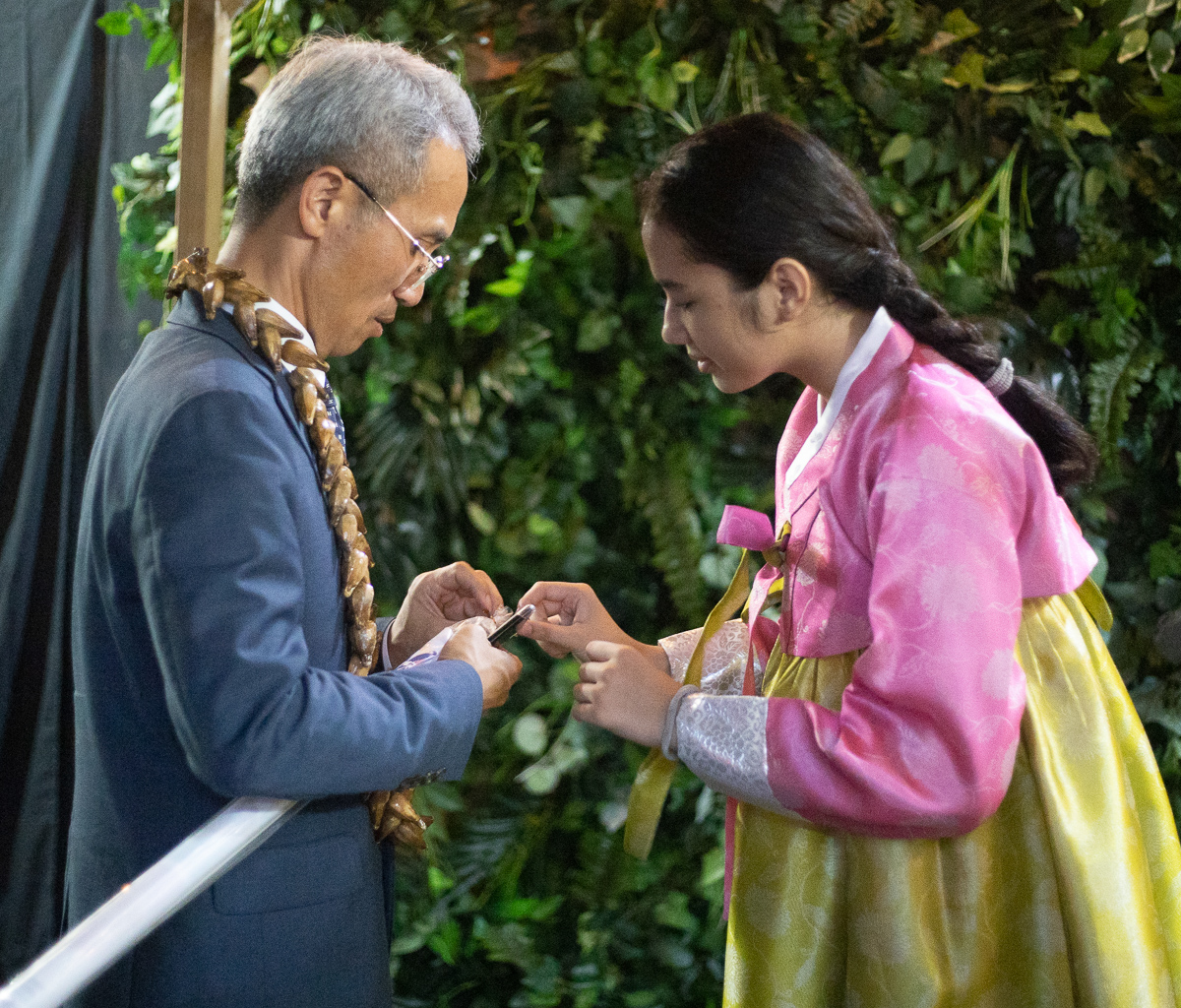 “Secondly, Samoa has continued to support our efforts towards a nuclear free and peaceful Korean Peninsula. Samoa has shown its leadership for solidarity among Pacific Island countries, for the full implementation of relevant United Nations Security Council Resolutions as well as strong support for our diplomatic efforts to engage North Korea,” he said.

“Korea is sharing its experience with Samoa as a true partner for socio-economic development. Korea was once a recipient of international aid and we have gone through a variety of social, economic and political challenges.

“For many years Korea has been cooperating with Samoa through various (Official Development Assistance) O.D.A. projects. Last year we provided medical equipment for a national hospital and also from last year remain involved in enhancing the election system of Samoa. Korea is ready to continue and expand its role for the better future of Samoa.

“As we approach the 50th anniversary of our diplomatic ties, I believe that to generate new momentum for furthering our bilateral relations, it is important to deepen people to people connections,” he added.

Prime Minister Tuilaepa Dr. Sa'ilele Malielegaoi said since the establishment of diplomatic relations between Samoa and Korea, they have enjoyed strong and global relations that have prospered and strengthened over the years

“Many Samoans have benefited from capacity building and short term training opportunities, such opportunities are important to a small developing island state like Samoa to strengthen human resources, allows for ease of technological transferred knowledge and also prosper people to people links between our two countries.

“The Samoan Government acknowledges the Republic of Korea’s support for our development projects especially in the fields of health and environment.”