The single air condition units installed after the centralized A.C. of the building has been down for over two years now. (Photo: Vaitogi Asuisui Matafeo)

The deteriorating condition of the building in Apia, which houses the Ministry of Justice and Courts Administration (M.J.C.A.), has become a concern for its occupants.

The building's centralised air condition system broke down two years ago and its elevator has not been working. There are also cracks visible on the concrete banisters and a toilet on the top floor has been closed off since 2016.

The sorry state of the building – which also houses Samoa's District and Supreme Courts – comes nine years after it was officially opened by the Government. It was funded and built by the Chinese government. 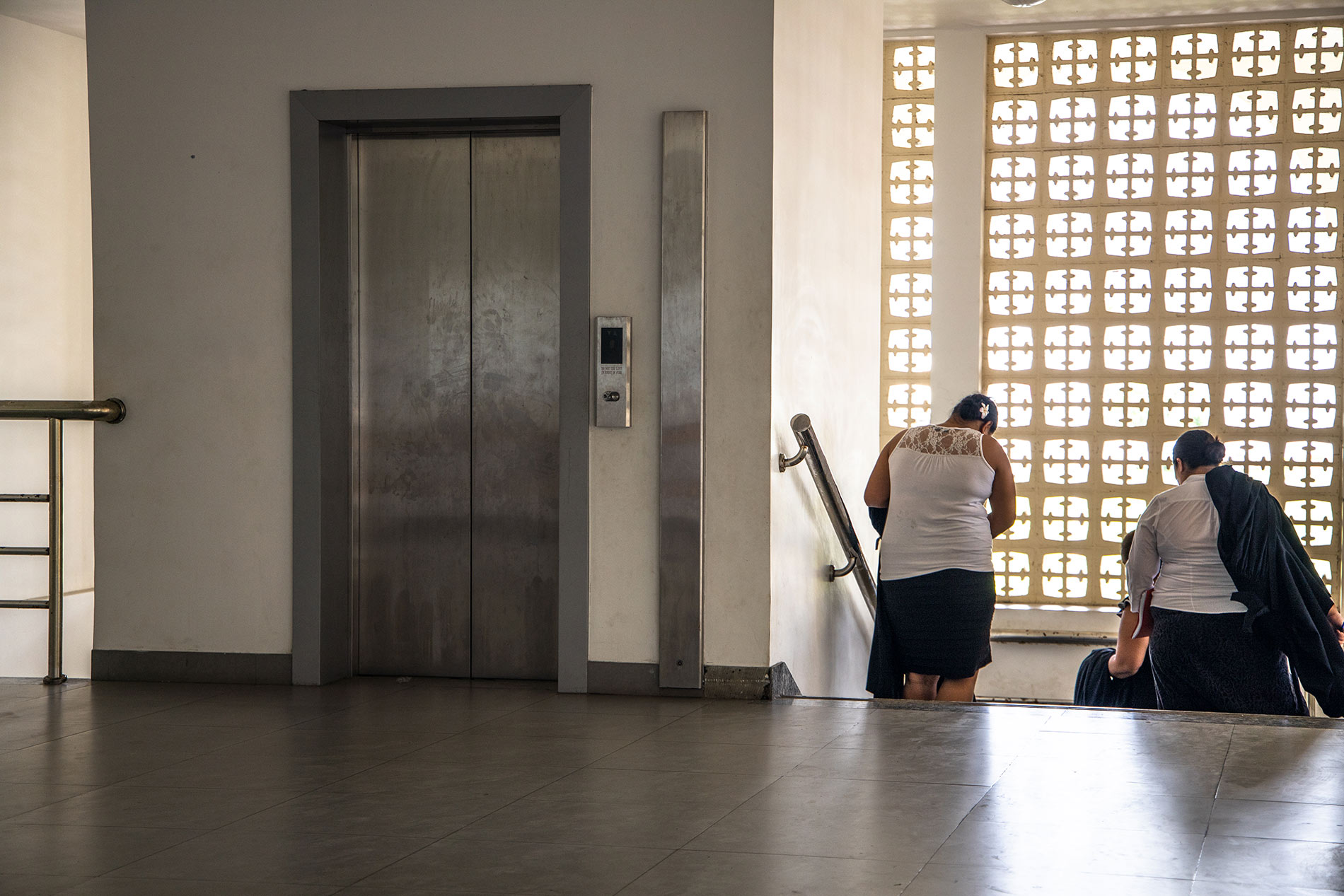 M.J.C.A. Assistant Chief Executive Officer, Aumua Ronnie Fereti, confirmed the deteriorating state of the building in an interview with the Samoa Observer when he was the Acting C.E.O. of the Ministry.

“This is a concern for us, as we are housed under this building, most especially the health and safety of the judges, employees and the public,” he said.

On the dysfunctional centralized air condition system, Aumua said it’s been down for over two years and given it is Chinese-made, they will need to check it again to consider their options on how to get it fixed.

“We’re looking at ways to fix our main air condition for the building, given it was built by the Chinese and we have to conduct an inspection on how to fix it," he said. 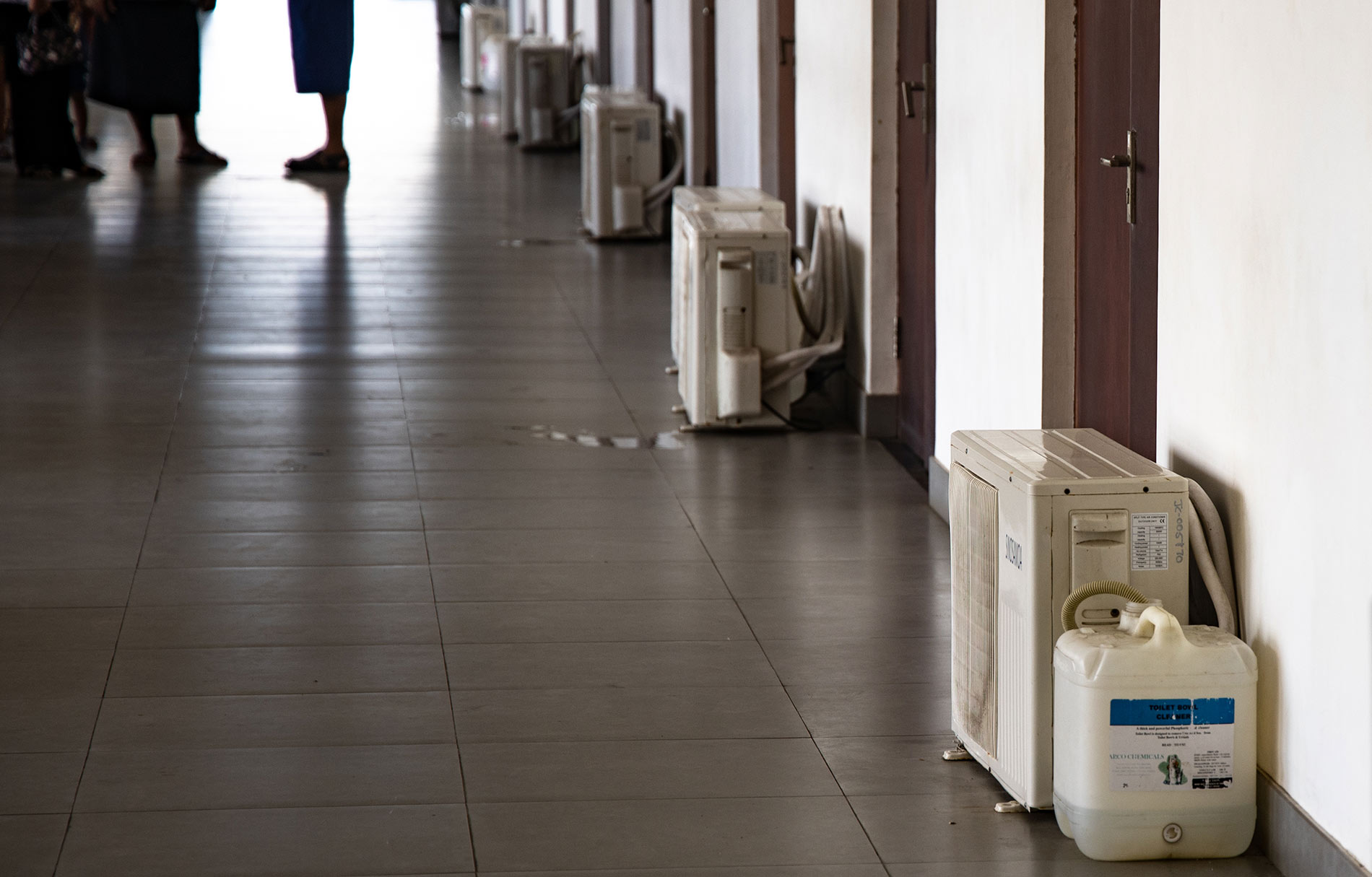 “The building as you know is concrete from its foundations to the walls and it is very hot when the air condition is not working. And we have resorted to purchase split air condition units, versus waiting to fix our centralized air condition.

“This was a management decision and we were instructed by the Ministry of Finance, due to the limited budget to purchase the air conditions one by one and not purchase it in a bulk,” Aumua said.

According to the public accounts for the Financial Year 2010, the building cost $62.25 million tala and was financed through a loan from the People's Republic of China. The 2017 public accounts indicated that the Chinese government loan to Samoa had decreased to $40.04 million.

On the non-working elevators, Aumua said they are waiting for the New Zealand-based company Otis, which is the world's largest manufacturer of elevators, escalators and moving walkways. The firm has a contract to service elevators in all Samoa Government-owned buildings.

“We’re trying to reach out to them, as the elevators are important for the elders and people who are wheelchair-bound, as this will allow them to access the second floor.”

But Aumua was surprised to hear of the lavatory on the first floor not working and giving off foul odour.

“These are issues that all nine Assistant Chief Executive Officers have to consult and then we submit request to the Minister for decision and so far there has been no complaint about the lavatory downstairs,” he said.

When asked whether a complaint is necessary to compel the Ministry to act, Aumua said: “I will now go and look for myself and inquire as to what is the problem."