The President of the People’s Republic of China, Xi Jinping, stands ready to “lift” Samoa and China’s relationship to “new highs” in a move that promises “great benefits” for both countries.

The letter from President Xi was officially presented to the Head of State by China’s new Ambassador to Samoa, Chao Xiaoliang.

A copy of the letter was released to the Samoa Observer today.

“On the occasion of Your Highness’s birthday, I would like to express my sincere congratulations and best wishes to Your Highness,” President Xi wrote.

“At present, China-Samoa relations are enjoying good momentum of development, with new progress being made in exchanges and cooperation of various fields.

“Attaching great importance to the development of our bilateral ties, I am ready to work with you to constantly lift China-Samoa Comprehensive Strategic Partnership to new highs for the benefit of both countries and peoples.

“Wish Your Highness all the best.” 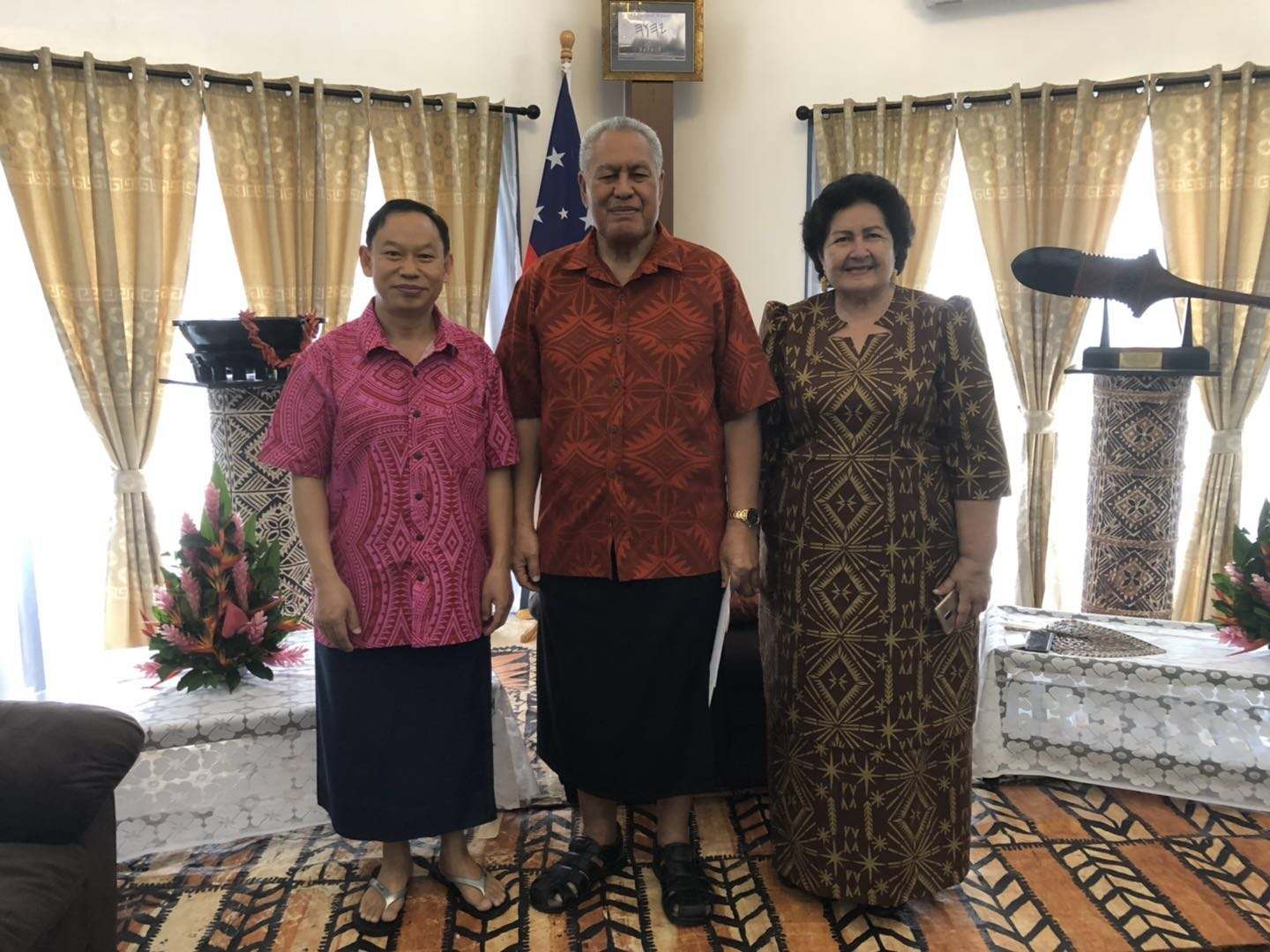 President Xi’s letter does not provide details of his offer to take Samoa and China’s relationship to “new highs".

But in an opinion piece published in the Samoa Observer on Tuesday under the headline “Belt and Road initiative injects new vitality to China-Samoa cooperation”, written by China’s new Ambassador to Samoa, Chao Xiaoliang, tourism was identified as one of the ways.

“In April alone, major Chinese travel agencies like China Travel Service has organised several group tours to Samoa. Deeply impressed by the beauty of Samoan landscapes and friendly people, the Chinese tourists have reported a high rate of satisfaction after the tours.”

The Ambassador also talked about the significance of the Belt and Road Cooperation, with Samoa one of the first Pacific countries to sign up for it.

“Since its inception in 2013, the Belt and Road Initiative (B.R.I.) has received strong endorsement and warm support from the world at large,” the Ambassador wrote.

“The B.R.I. has been warmly received by the international community with world-wide participation.

“I think the reason behind is that as an embodiment of the traditional Chinese wisdom--a man of virtue will seek to establish others while establishing himself, it is in line with the global trend of peace and development, and upholds the golden principles of extensive consultation, joint contribution and shared benefits. More importantly, it has brought real benefits to the countries and people along the B.R.I.

“As remarked by Chinese President Xi Jinping, 'the B.R.I. may be China's idea, but its opportunities and outcomes are going to benefit the world'. The B.R.I. has brought new development opportunities to Samoa and other Pacific Island countries.

“According to a World Bank study, the B.R.I. will increase the G.D.P. of East Asian and Pacific developing countries by 2.6 to 3.9 percent on average.