Police hunt for men who escaped from prison

The Police is searching for two men who were in custody at Tafa'igata Prison, who escaped Monday morning.

The Samoa Observer was told the men were among seven who attempted to escape from prison.

A reliable source said one of the prison officers was injured when the escaped custodies pushed through the door and knocked the officer down.

The Minister of Prisons, Tialavea Tionisio Hunt, was contacted for a comment yesterday but referred all questions to Prisons Commissioner, Taitosaua Edward Winterstein.

Attempts to get a comment from Taitosaua were unsuccessful as of press time.

According to a statement posted by the Samoa Police Service on their Facebook page, the escaped custodies are awaiting trial for charges of burglary and theft.

“We ask members of the public to contact the police on phone number 22222 or contact any police station near you if you have any information of their whereabouts,” the Police say. 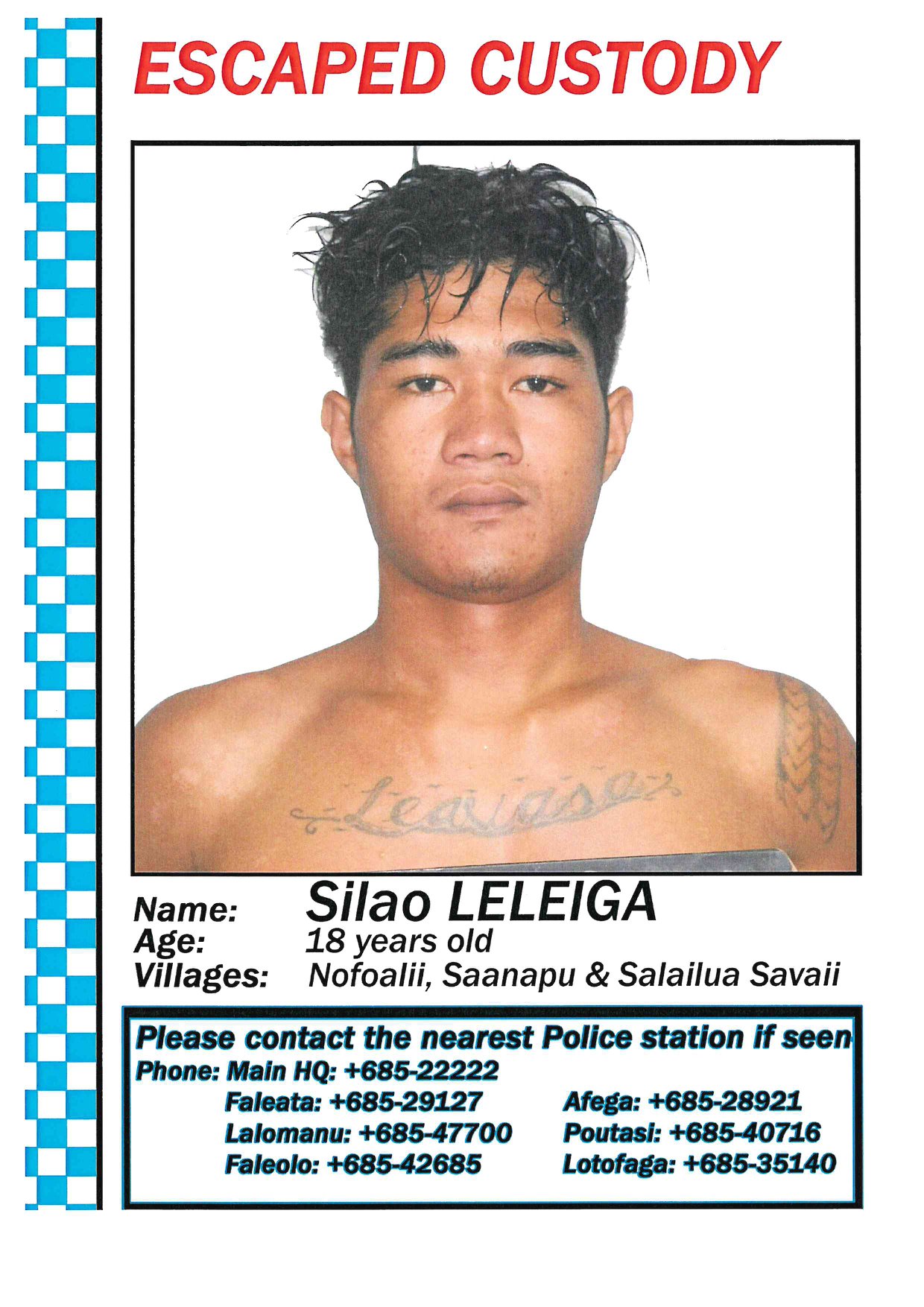 The police were notified by the Samoa Prisons and Correctional Services (S.P.C.S.) yesterday morning of the two escaped custodies the statement added.