The B.S.L. Falealili Quick Rip - Get into Rugby Festival tournament held at Poutasi Field today was about helping the development of youth rugby in the region.

Sapo'e defeated Salani 15-5 in the Girls final, while Vaovai won 36-0 over Siumu to win the Boys championship. 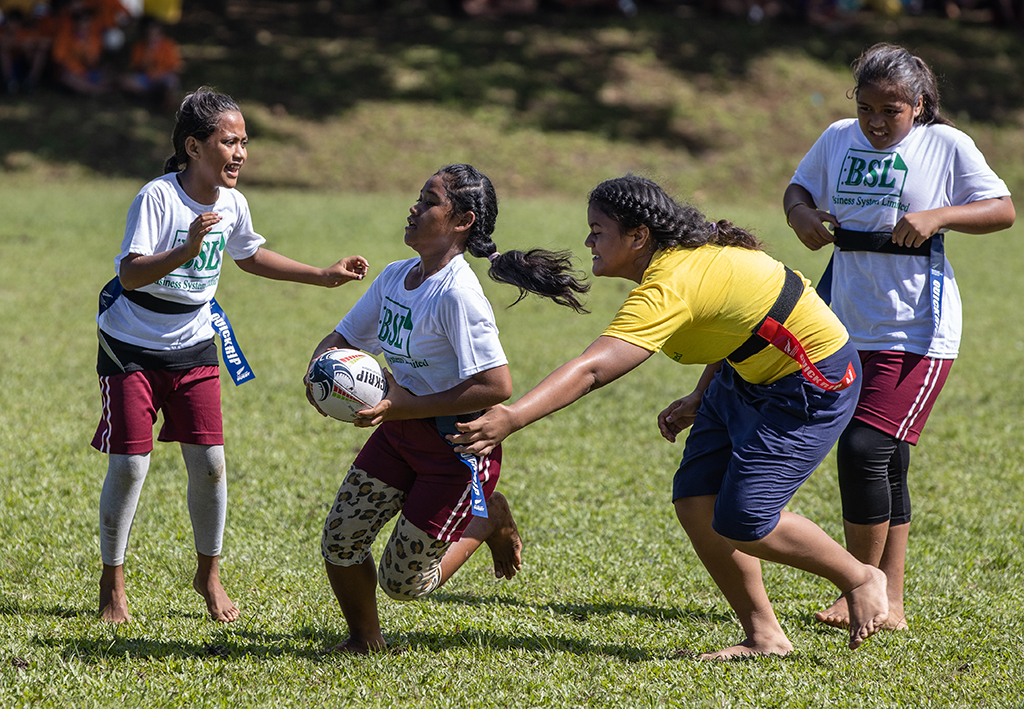 Sapo'e Primary School Principal and President of the Falealili District Primary Schools Principals Association Fuiafo Lafoga said he was very happy and excited to have the tournament in his district, with another one being planned for the end of Term Four.

He said yesterday was about more than winning and losing.

“We are getting together to make friendships among our students.

“I think the development of our young kids here in our district is the main focus of this tournament."

After years of dormancy, rugby in Falealili is on the up with the local rugby union hosting tournaments over the last couple of months, including this week's inaugural ANZAC Seven's tournament.

Lafoga said the pathway has to begin right from childhood.

“We are looking to develop our small kids from primary schools, in order to pave the way to our Super 9 team the Southern Tornadoes, and the national teams."

He said that pathway needs to be in place for talented players from Falealili to get recognised and maximise their potential, noting that current Manu Samoa 7s players Tofatuimoana Solia, Murphy Paulo and Maauga Iamanu are all from the district.

Lafoga said the tournament also ties in with the primary schools' learnings around the Pacific Games.

Each school has adopted a nation competing at the games to support in July.

“In this tournament, we are waving the flags of the teams that we are supporting at the Pacific Games," Lafoga said.

For example, his Sapo'e Primary School competed as Nauru.

“We learned the national anthem, and traditional customs and dances of Nauru.

“Not only the games, but also showing the cultures of the other countries."

Lafoga thanked the Samoa Rugby Union for coming out and running the tournament, and major sponsor Business Supplies Limited for supplying uniforms for all the teams.