Members of the of the Catholic Church at Leulumoega during the procession of Palm Sunday. (Photo: Misiona Simo.)

Thousands of Christians across Samoa commemorated Palm Sunday today as the Christian state prepares for Easter.

Among the churches who celebrated the event was the Basilica Minor Sancta Ana at Leulumoega. 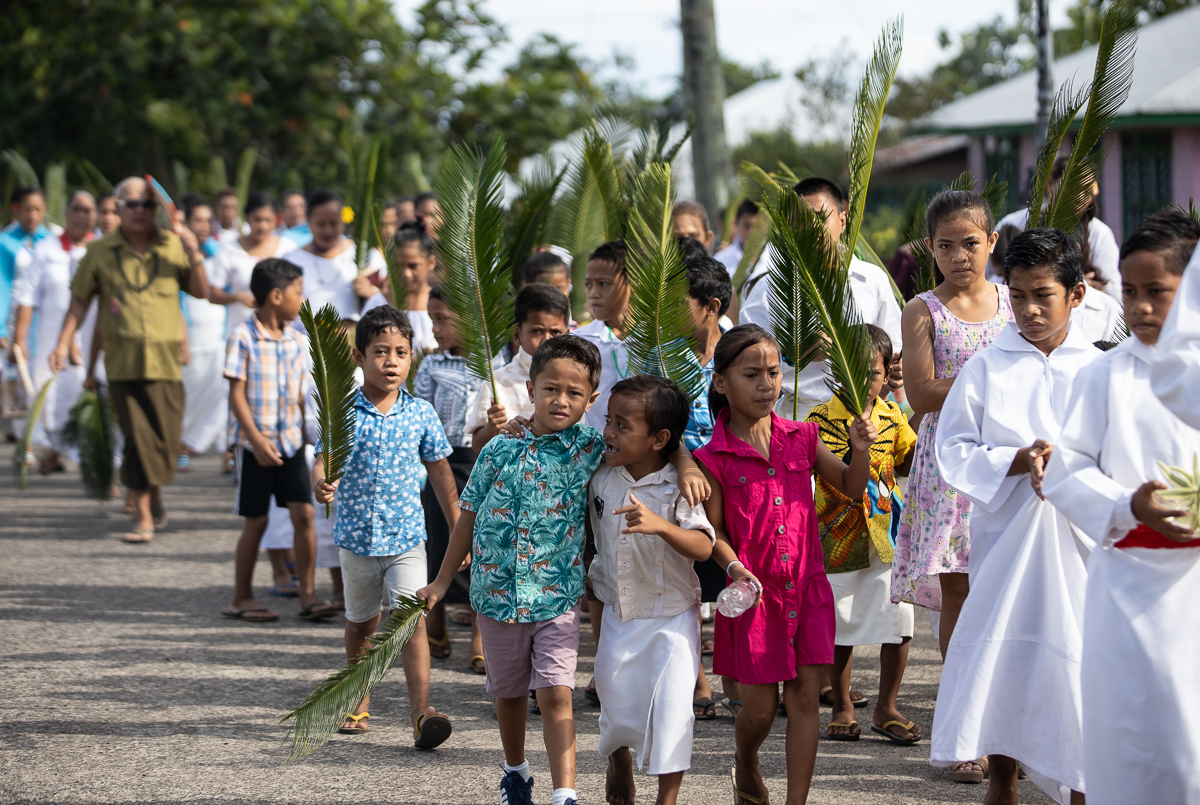 The ceremony started with the gathering of the congregation to bless the palm branches at the St. Joan of Arc Primary School in the same village followed by a procession to the church.

“Palm Sunday marks the beginning of Holy Week. Every Catholic believer re-enacts this day when Jesus entered into Jerusalem riding on a donkey while the crowd of people laid palm branches and their cloaks across the road for him to pass on. 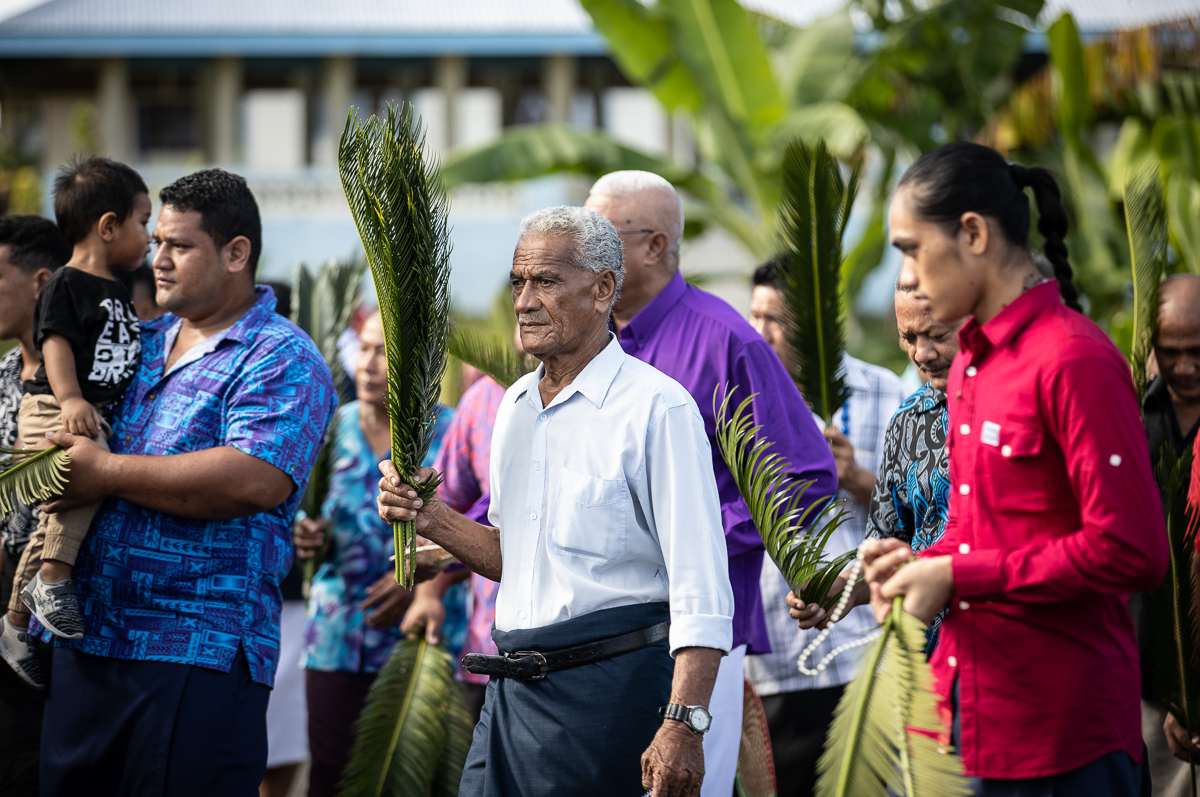 “And it was also on that day in the Bible that the same people called out ‘Hosanna to the Son of David! Blessed is he who comes in the name of the Lord! Hosanna in the highest heaven!’

“For us Christians it is a significant day because it is the beginning of Jesus’s difficult journey towards and crucifixion and resurrection,” said Mr. Aiono.

Mr. Aiono also said that the reason why they bless the palm branches is because they will be used for Ash Wednesday next year.

“Ash Wednesday is a Christian holy day of prayer and fasting which officially begins the Lent season or the period where Christians pray, fast, and give or sacrifice something significant in commemoration when Jesus fasted for 40 days. 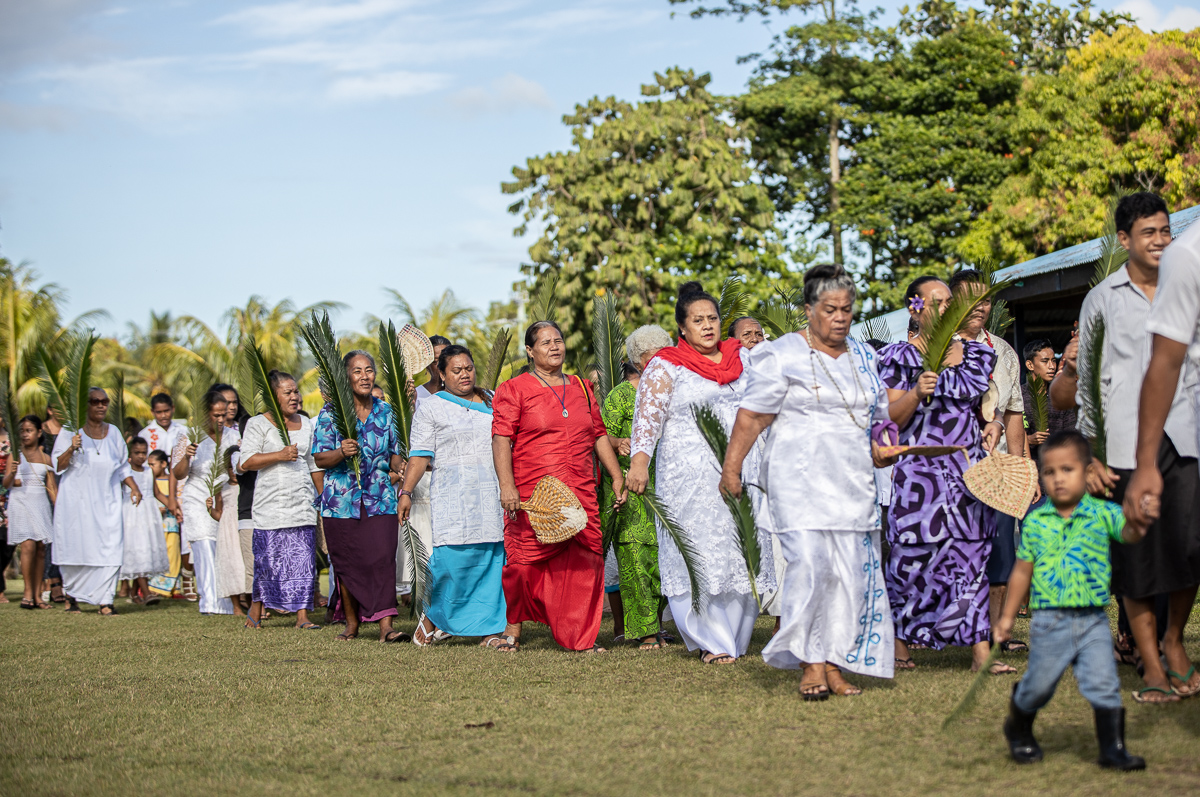 “The palm branches which we blessed today (yesterday) will be dried out the whole year and then come Ash Wednesday which is held annually on February, we burn them together to gather the ashes represents dust or the which God used to create us and to dust shall we return when we pass away.

“The holy week which is next week will include very significant events for the Catholic belief; it all starts on Holy Thursday where Christians commemorate the foot washing and Last Supper of Jesus Christ with the Apostles,” he added.

He said that Good Friday will follow as the day after where we remember the crucifixion of Jesus and his death at Calvary.

“And on Saturday evening we will host a special mass to await the countdown to Sunday which is celebrated as the resurrection of Jesus or Easter Sunday.

“As believers of Jesus Christ we must remember all the sacrifices that he made for us sinners and despite the fact that we were not worthy of his love and sacrifice, he still gave up his life so we can be forgiven.”