Samoa's taekwondo team for the Pacific Games is hoping to get some high level competition overseas before the Games in Samoa in July.

The team of five (two female, three male) is training together five times a week at the K L Security building dojang, but athlete/coach Kaino Kasimani said while they need it anyway, training alone won't be enough to give them the best chance to succeed at the Games.

“In everything, you need competition, you need exposure."

He said it's hard because that exposure comes from travel, which requires money, something that is hard to come by in an amateur sport.

That's why the team is fundraising to send athletes to the World Taekwondo Championships in May in Manchester, England, and the Australian Open in June.

“Trying to grow the sport from the grassroots, not only once we get to this [elite] level."

Kasimani himself knows a thing or two about elite level taekwondo. 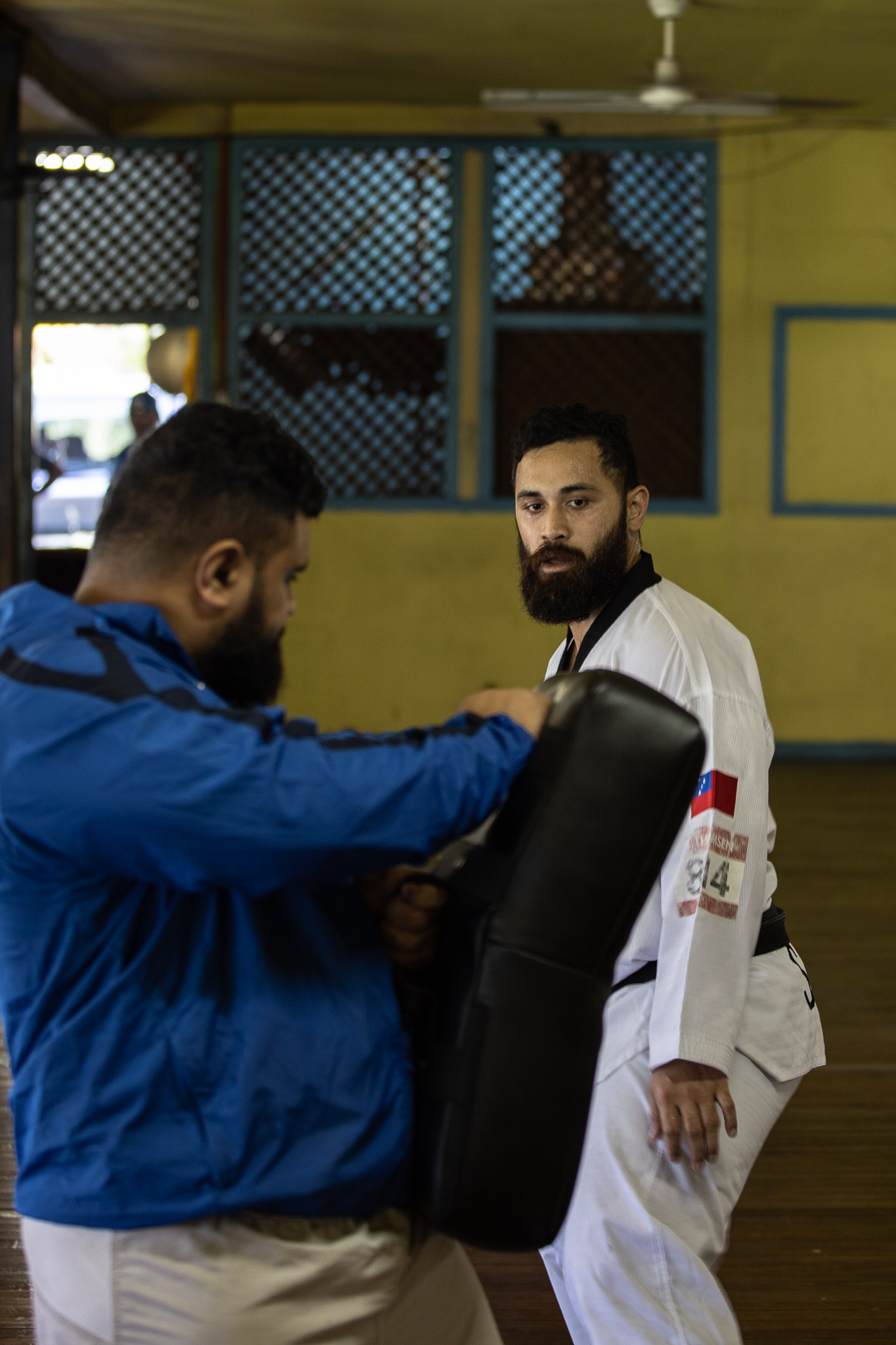 The 27-year-old from Matautu-uta, Vaoala and Lalomanu won gold for Samoa at the 2007 and 2011 Pacific Games, and competed at the 2012 Olympics in London.

“That was pretty much the pinnacle of my career," he said.

“Hopefully for the Tokyo Olympics, if I do well I can get another shot at representing Samoa on the biggest stage."

Kasimani said he can pass his experiences on to the next generation, which is why he has a coaching role in the team as well.

“Like anything, if the people at the top aren’t doing their job, you can’t expect the grassroots to get up to that level.

“It’s their job to be pulling, not pushing, not just sitting there."

Taekwondo is a passion for the Kasimanis; Kaino's brother Fritz is also a national team coach and their father introduced the sport to Samoa and held the first dojang.

Kaino's father was his first coach, who introduced him to the sport when he was eight.

Kaino has played some high-level rugby as well, having won a Manu Samoa cap in 2014, along with a few for Samoa A and a short stint in the 7s programme.

“Everything has brought me back to taekwondo, I think it’s my job and I'm obligated to try and lift the sport, because this is where I started.

The team's training at the dojang includes sparring, bag drills and target drills every weekday after work, as well as board sessions.

“It’s not only about the physical side, it’s also mental," Kasimani said.

“We touch on the spiritual side of things as well, so also meditation.

“You don’t need only one thing, it’s a lot of different things put together." 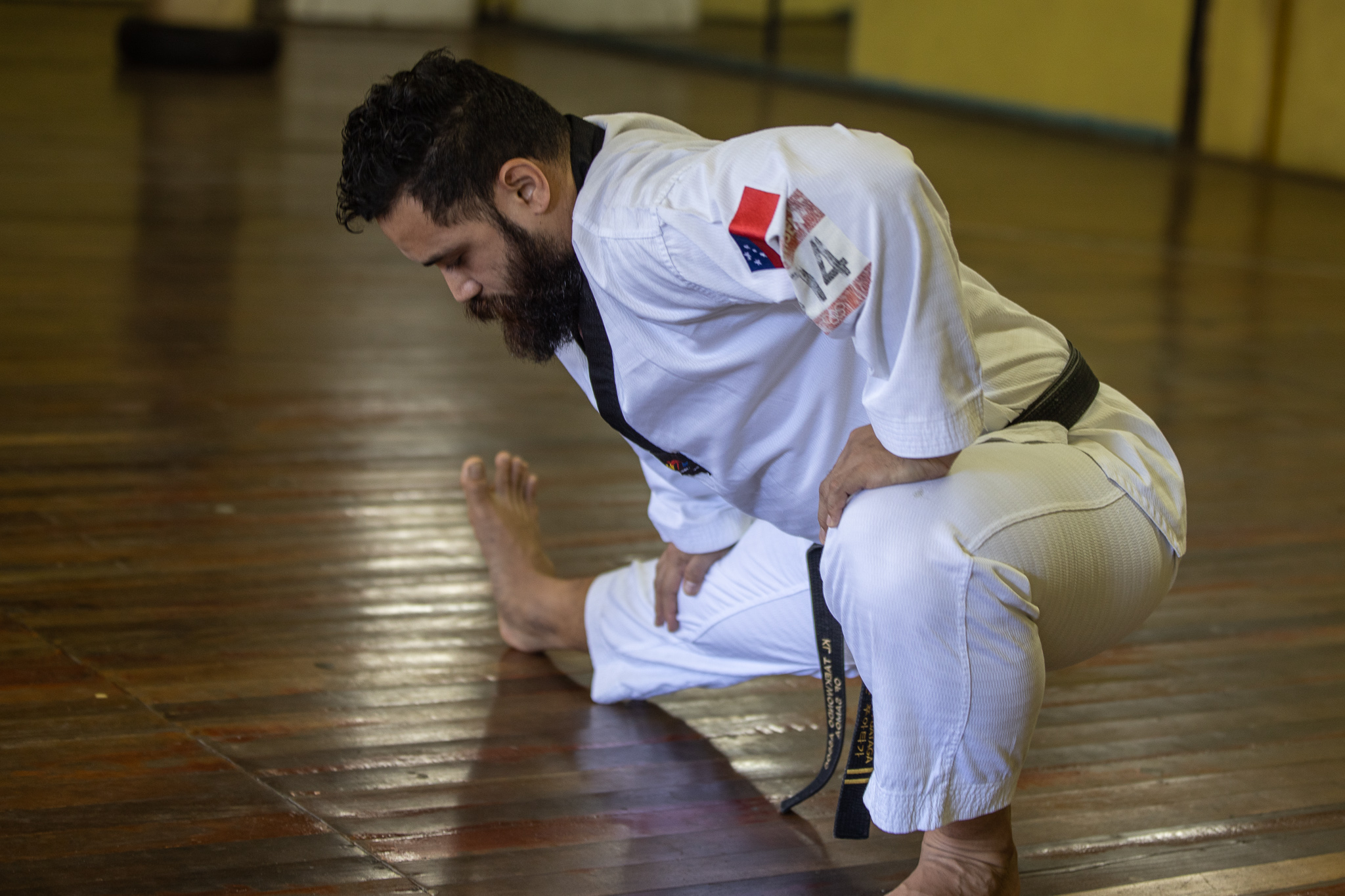 Kasimani said on top of that, each athlete has their own personal training they do in the morning.

“I push them to be independent, and to do their own work, so they don’t just rely on what’s happening here."

He said the individual gym work is a little like homework for the athletes.

“It just pushes them to excel on their own, before relying on others."

Kasimani said having the Games here in Samoa is added motivation as well.

“It’s going to be extra special, and there’s a lot of pressure on all the athletes, the coaches."

He said to have this level of tournament on home turf was a rarity.

“We welcome it with open arms and fast feet, we’re definitely up to the challenge."