St Joseph's College, Aleipata College, Leulumoega Fou College and Palauli i Sisifo College can all call themselves national rugby champions after the final day of the S.S.A.B. and Get into Rugby Samoa Schools National Rugby Championship 2019 at the St Joseph's College fields in Alafua.

After a week of competition between the top two teams in each of the four school zones in four different divisions, those were the schools that came out on top in Boys Under-15s, Under-17s and Under-19s, and the Girls Under-19s 10-a-side competition respectively.

The first final of day three of the tournament was the Boys Under-15s division between St Joseph's College and Maluafou College.

St Joseph's had a slender 8-3 lead at halftime, but pushed on in the second half to score two more tries and win 25-10.

The Boys Under-17s division final saw Aleipata College take on Leifiifi College in a battle of two Zone A schools.

Aleipata got off to a flyer, with two tries and a penalty giving them a 17-nil lead just 10 minutes into the first half.

But Leifiifi bounced back with two quick tries of their own to pull back within three points.

Aleipata scored again to extend the lead back to eight, with the score 22-14 at halftime.

They then scored two tries to Leifiifi's one in the second half, eventually winning 37-21.

Siuniu Toasavali, who scored two tries for Aleipata in the final, was named Most Valuable Player. 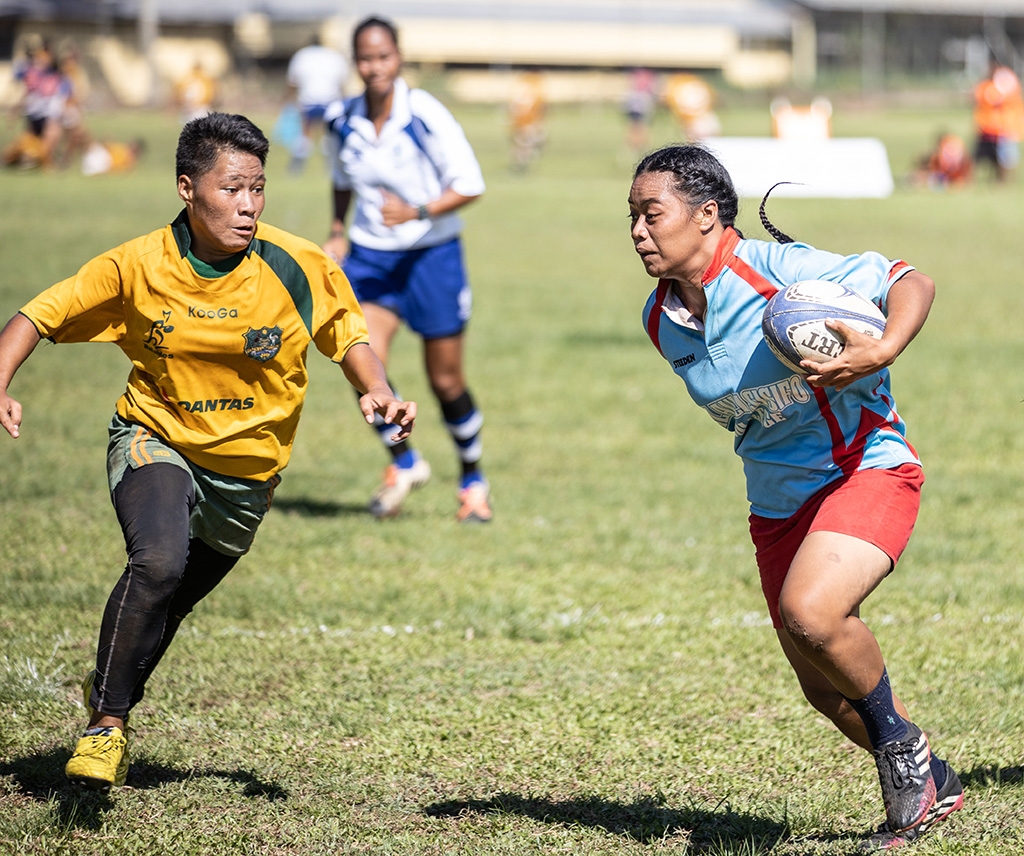 Lina Fitiuta of Palauli i Sisifo won Most Valuable Player honours for the division.

Leifiifi lead 14-3 heading towards halftime, but Leulumoega Fou scored a try with the final play before the break after a clever chipped cross-kick to the corner to cut their lead to six.

Leulumoega Fou had the early second half setback of a yellow card for a deliberate knockdown, but this seemed to strengthen their resolve as they scored a converted try to make it 15-14 in their favour.

They made it 22-14 soon after their player came back from the sin bin, and kept Leifiifi pinned back in their own half for most of the rest of the game to win. 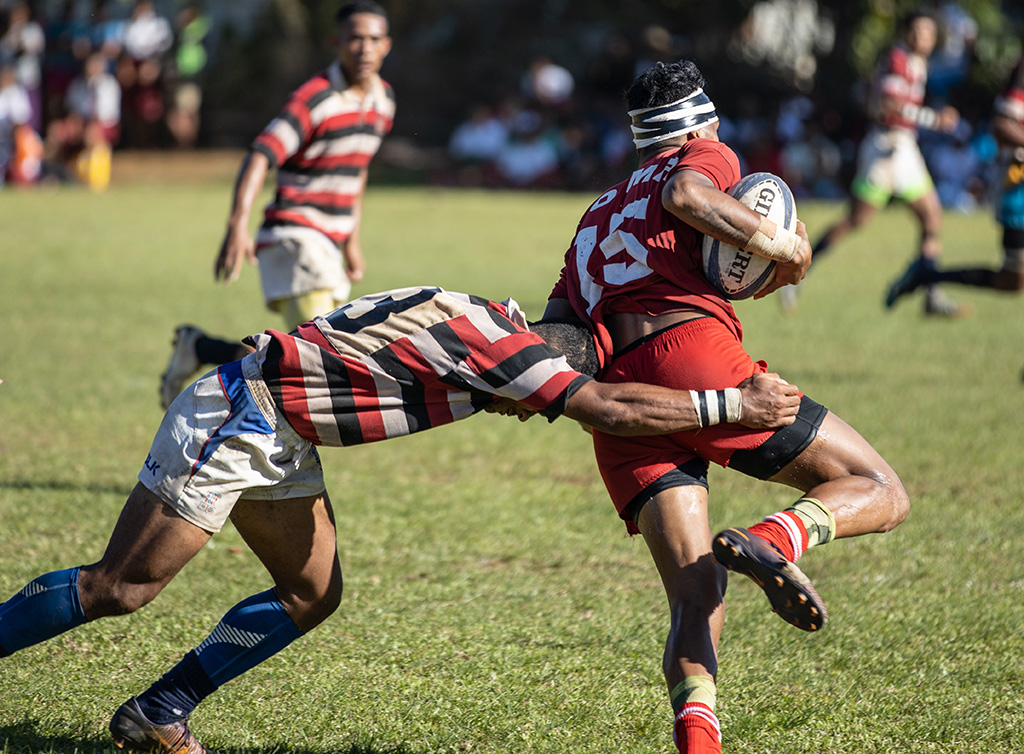 "They enjoyed the game today, it's a blessing for them.

"It wasn't an easy game for us, we prepared a very long time, but we achieved our goal and plan, which is awesome."

Leulumoega Fou ran some impressive variations at the lineouts, which Reverend So'o said was to try and play around the bigger Leifiifi forward pack.

He said they worked on those trick plays for a while to make sure Leifiifi didn't dominate the lineouts with their height and size.

The Leulumoega Fou coach also chose not to make any substitutes during the game, rightly backing his starting 15 to get the job done.

Leulumoega Fou benefitted from the most vocal support throughout the day, with a strong contingent of the players' fellow students turning out to cheer them on.

"From town, and from far away rural areas, they all come together to support us," Reverend So'o said. 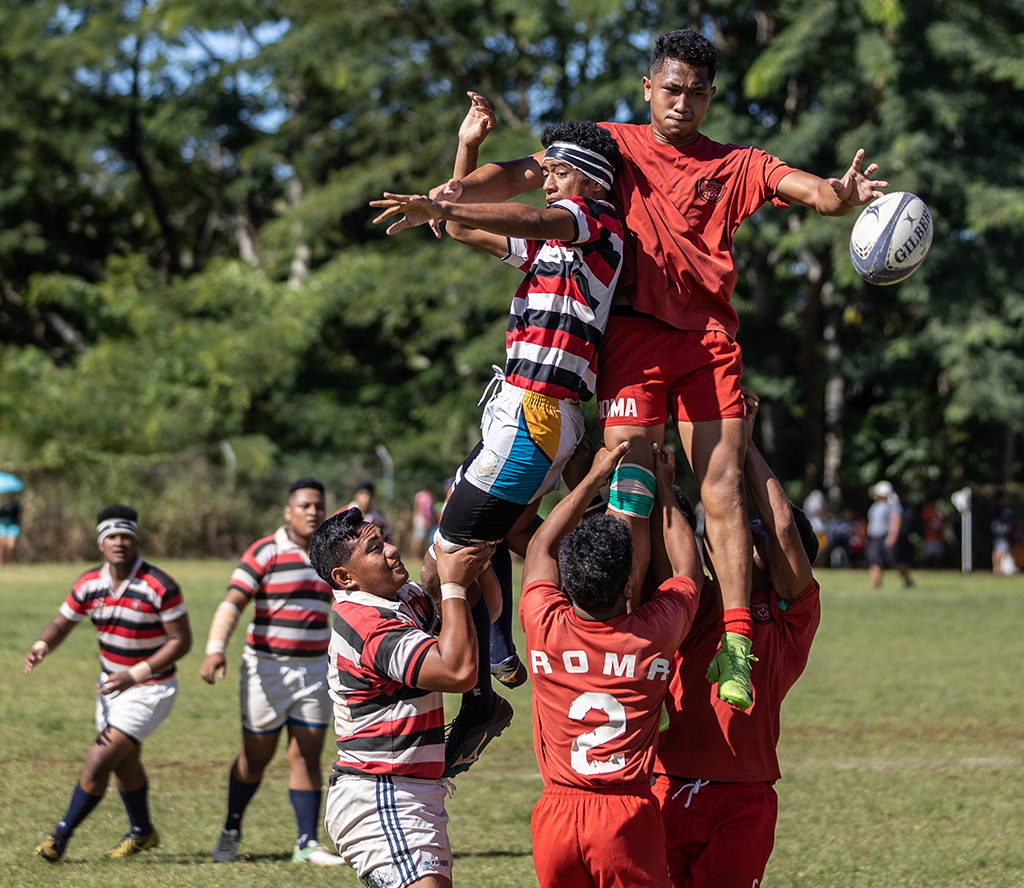