Crown Prince of Norway sees climate change effects for himself at Vaisigano, Moata’a

Meeting the people: Crown Prince Haakon Magnus spent precious time meeting children and villagers from Moata'a when the formalities were over, during an official visit to first-hand witness the damaging effects of climate change. (Photo: Misiona Simo)
Climate Change

The Crown Prince of Norway, Haakon Magnus, had an unblemished look at the effects of the rising sea on Samoa on Thursday, with visits to the Vaisigano River project and Moata’a mangroves.

He, along with his royal entourage and a delegation from Norway’s Ministry of Foreign Affairs, spent a packed day and a half in Samoa, in order to deepen the partnership between nations afflicted by the effects of climate change.

Under the hot sun, the delegation were guided to the looming river bed walls, which now adorn the edges of the Vaisigano River, thanks to a US$57,700,000 (T$150.17) grant from the Green Climate Fund under the Integrated Flood Management to Enhance Climate Resilience of the Vaisigano River Catchment in Samoa project. 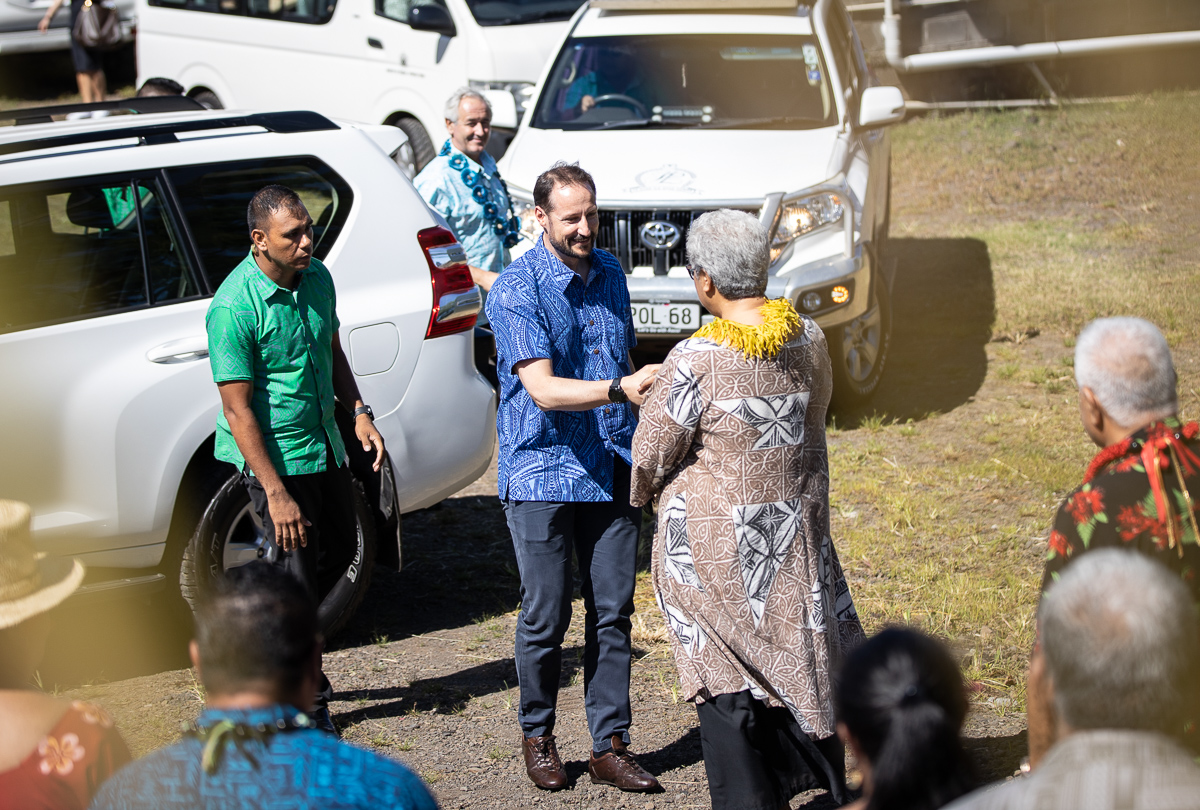 The Minister of Natural Resources and Environment, Fiame Naomi Mata’afa, and CEO Ulu Bismarck Crawley along with Land Transport Authority CEO Galumalemana Ta'atialeoitiiti Tutuvanu-Schwalger and ACEO Maverick Weztell guided the royal delegation to the site of the construction of the Vaisigano Bridge.

Funded by the Japan International Cooperation Agency (JICA), the T$43,000,000 project is about 36 per cent of the way to having a new, higher and reinforced bridge, connecting the Apia town area to the port.

For Leone village mayor Tuiletugia Leapa Siaosi, having the Crown Prince see where Norway’s money went via the GCF was important.

“I am so happy with the help from the Norway government for this wall. Now it’s safe,” he said.

“We hope other people follow and donate to us more funds that we need. As you can see, there is still a lot of work to do from here to Lelata." 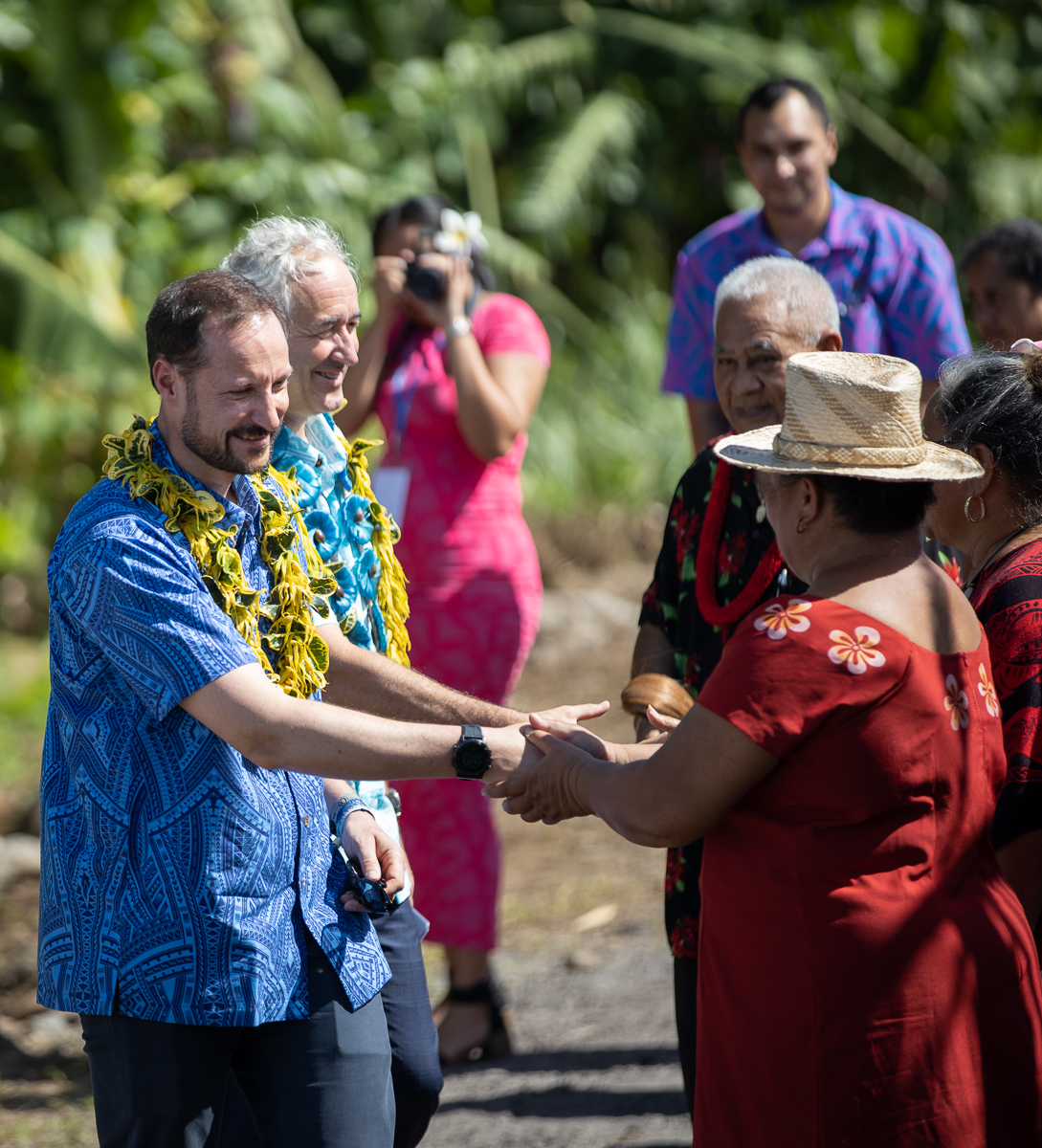 To welcome the delegation, Leone village decorated the road to the bridge site with palm fronds and teuila flowers, and even spelled out velkommen (Norwegian word for welcome) on the banks of the river walls in white painted rocks.

Village committee member Hinemoa Matangi said she felt privileged to give Crown Prince Haakon a fragrant flower necklace to wear, and was glad to see him visit.

Down the way in Moata’a, a massive contingent of the village dressed in their finest awaited the royal tour’s visit of their Global Environment Fund (GEF) funded mangrove site and walkway. 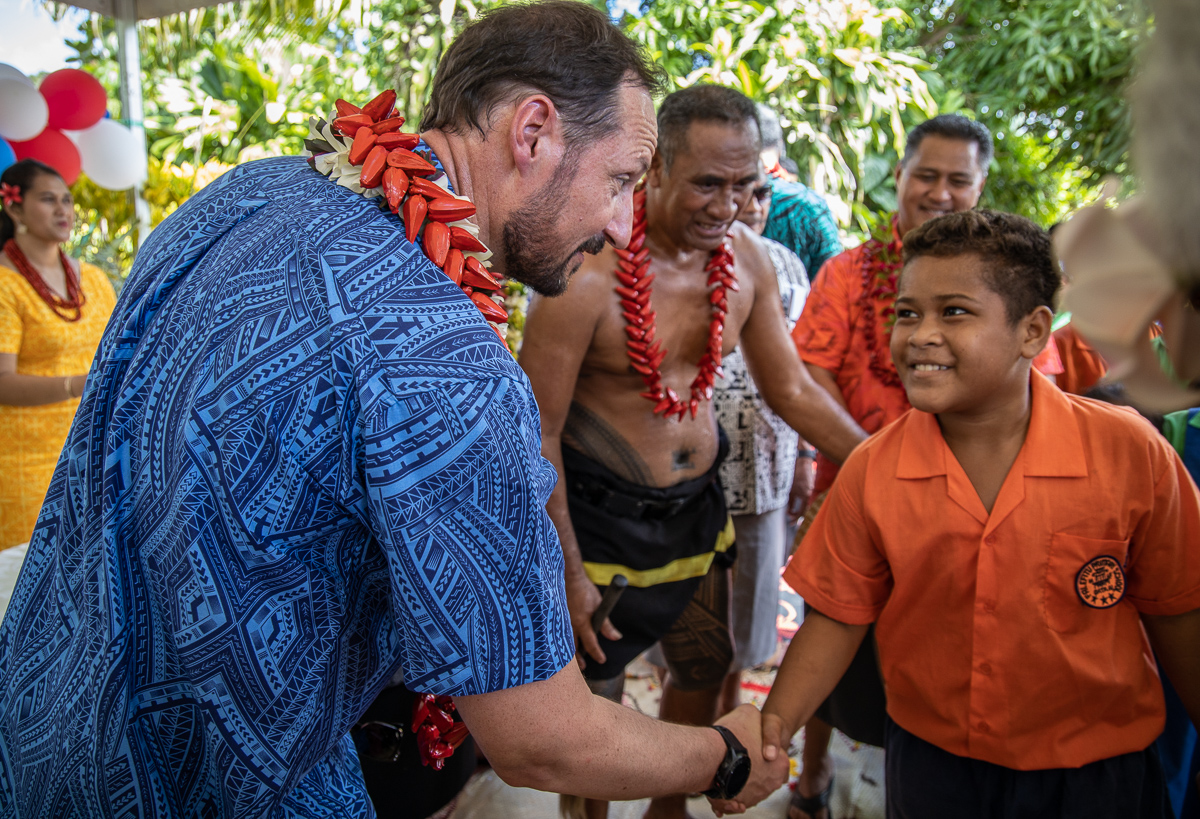 The tour was received in Samoa’s most regal fashion, with a siapo adorned chair for His Royal Highness, and a tanoa fai’ava presented as a gift.

Vaimauga I Sisifo number 1 Member of Parliament Lenatai Victor Tamapua led the delegation up the walkway to show them where the sea level used to sit compared to today, and how the GEF project has helped.

Tofaeono Iupati Fuatai and Asi Leuluaialii Pele Fuatai said it was good for the Prince to see the rapid rising of the sea level.

It is a shocking view for him to see it first hand, in real time,” said Tofaeono. “And the sea level is only getting higher.”

Speaking after his visit, Crown Prince Haakon said he has seen enough on his Pacific tour to appreciate the seriousness of climate change impacts in the region.

“It’s important to hear your side of the story and to really understand what is going on here,” he said.

“Our planet is unfortunately a bit out of balance, and we need to work hard in order to do as much as we can to rebalance it.” 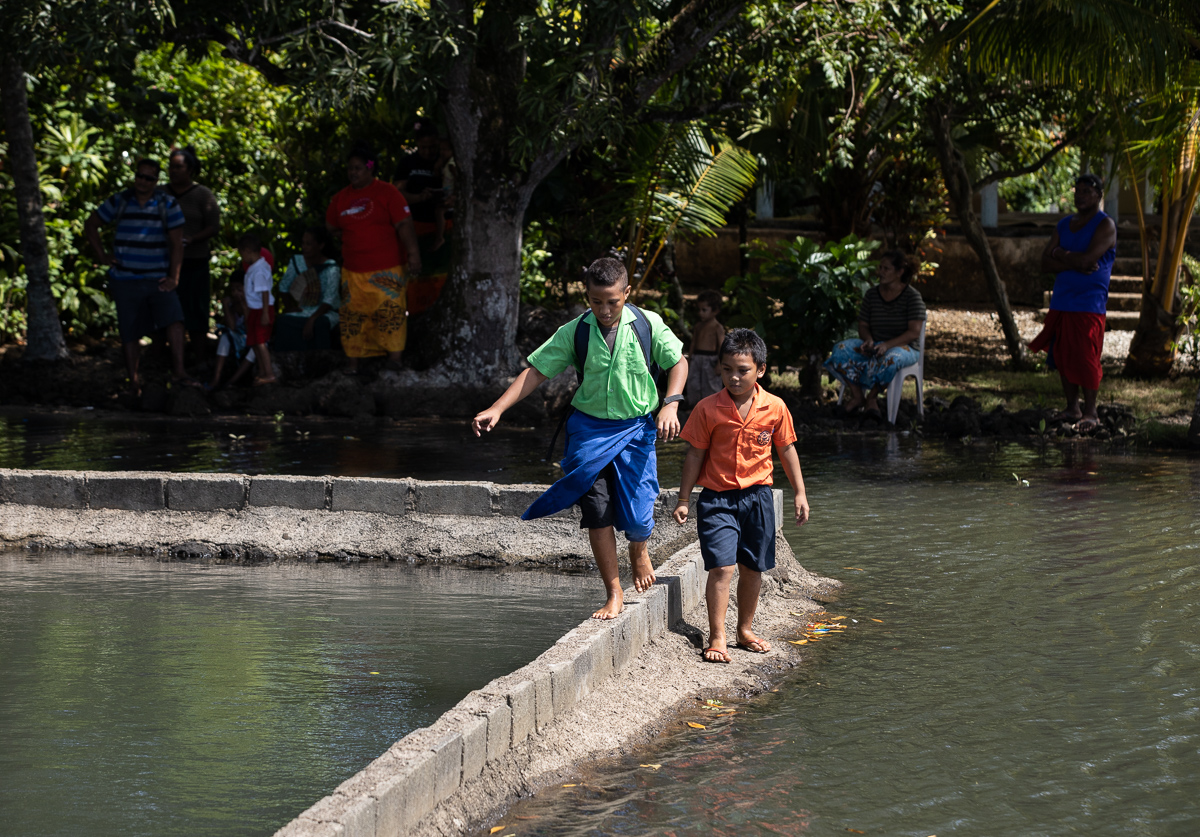