The Fire and Emergency Services Authority (F.E.S.A.) and the Police worked late tonight to locate a missing person at Papapapaitai Fall, Tiavi.

They had responded to a phone call from a Tiavi resident, alleging her grandchildren heard the screams from a woman in the area.

More than twenty officers were at the scene, attempting to locate the missing person and to confirm the report from the caller.

Firemen descended downhill using ropes to try and find the person. They were unsuccessful.

The operation was suspended at 9:50pm tonight and is likely to resume at daylight tomorrow. 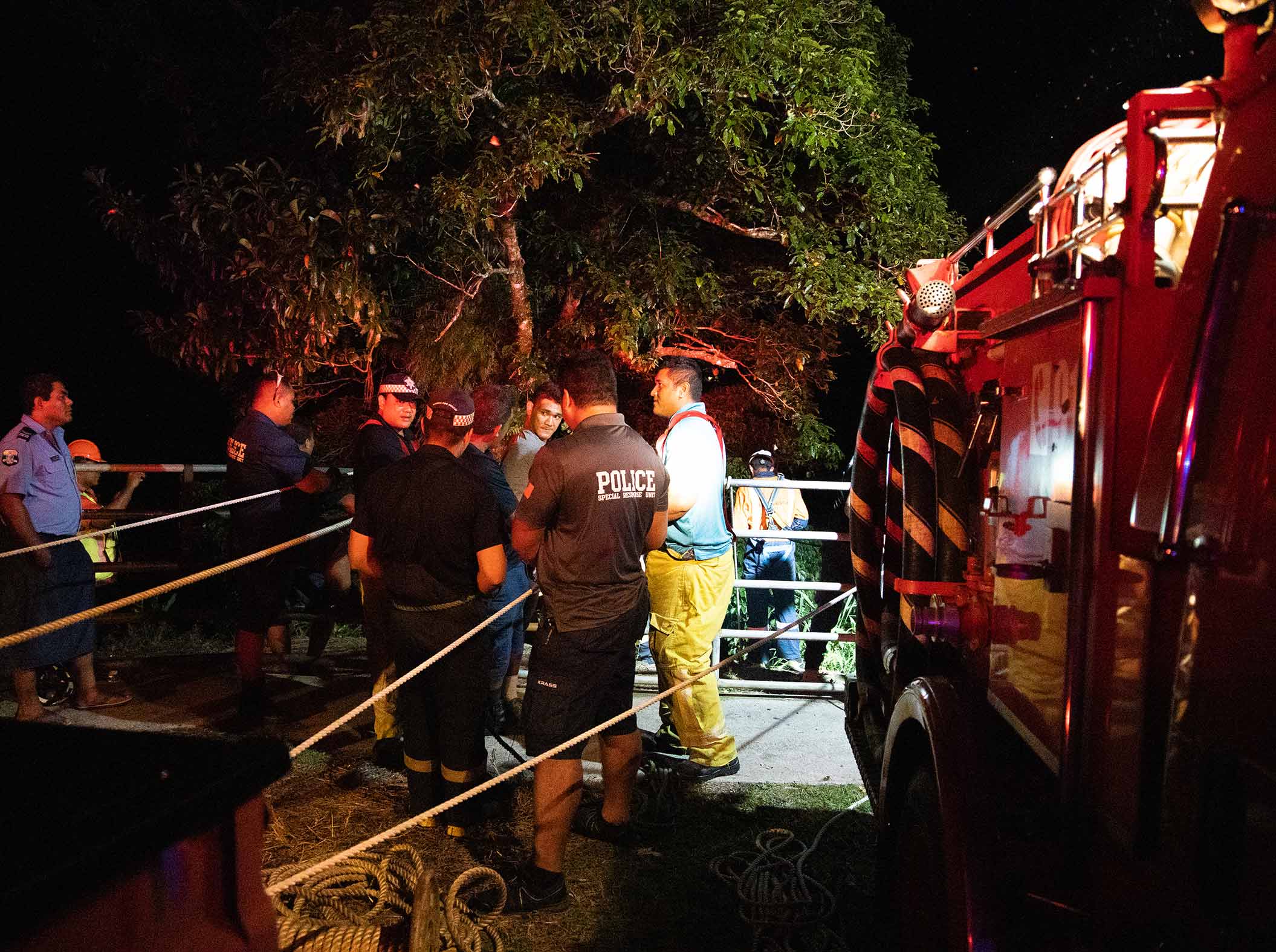 Emma Taimane Brown, a 73-year-old who lives about 20 meters from the Tiavi fall with her grandchildren, told the Samoa Observer that it was at 5:40pm her grandchildren ran to her saying they had heard a woman screaming for help.

“I told my grandson to go and have a look who it was and he came back and said there is a man next to a vehicle but there was no sign of a woman,” she said.

“Another man from up the road came and said he also heard the woman screaming and so I contacted my relative to call the Police because I don’t know their phone number.”

The woman said that her grandson ran back and “got the number plate of the vehicle and also saw the man got in the car and took off. There was no sign of the woman anywhere.”

But he said the rescue team responded to a call from Tiavi at around 7pm.

“The Ministry of Police are working on confirming information received from that phone call while the F.E.S.A. rescue team worked on sighting anything to confirm those reports,” said Tanuvasa. 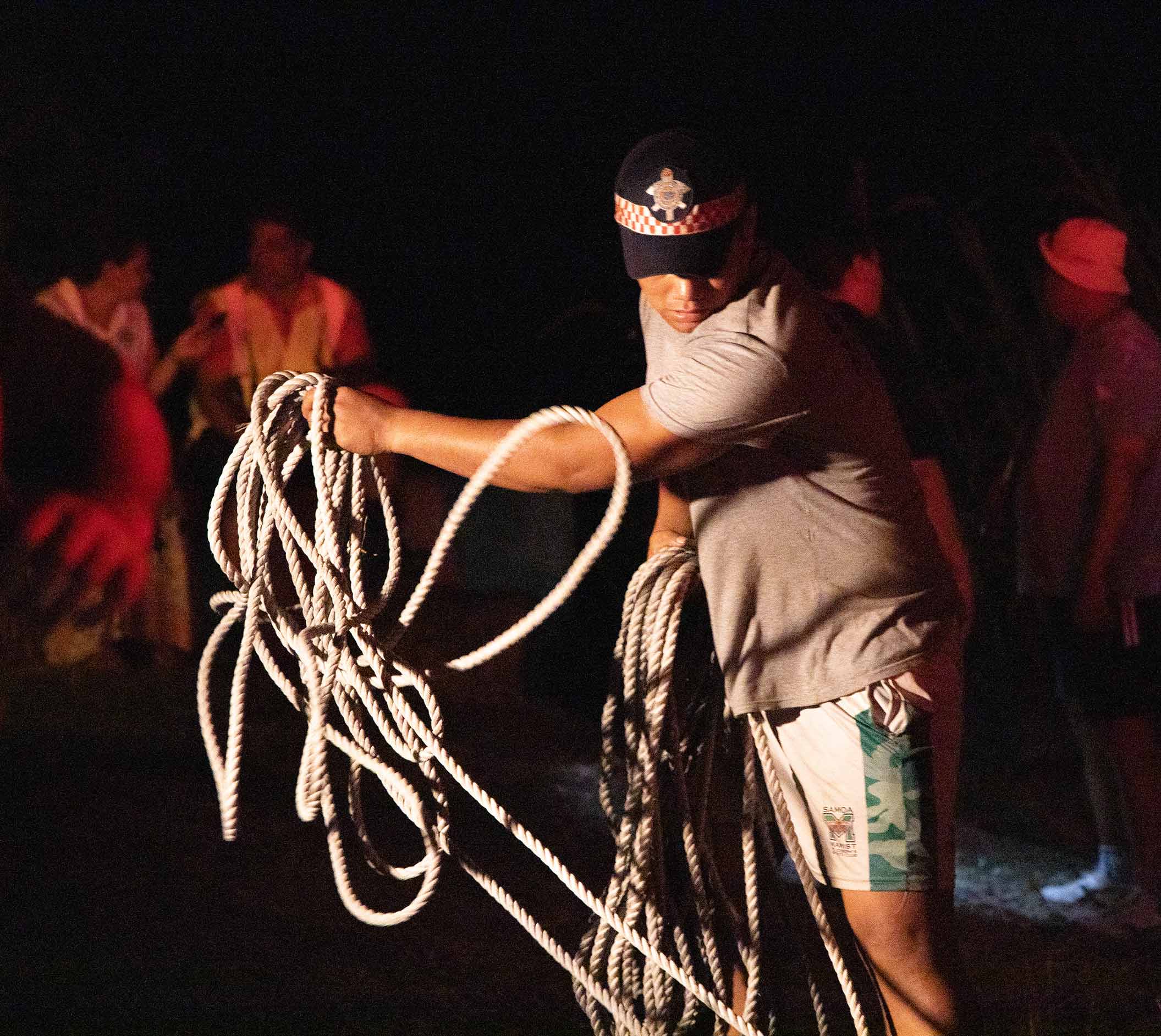 “The operation has been suspended and we are working together with Police in confirming those reports and on making a call to resume (operation) or not.

“The usual practice is once we receive a call we respond which is why we are here.”

Tanuvasa added that F.E.S.A. will put together a preliminary report on the matter and will work with Police on the next step.