Following two other sessions in Sopoaga Faleaniu and Lotofaga where 120 people went for health checks, the team at Vaiala was pleased with a turnout of 78, including Vaiala resident Chief Justice Patu Falefatu Sapolu.

N.K.F. senior nurse Seve Malaetele Korie-Sefo said luckily several people have already had issues identified so they can start working on fixing them. 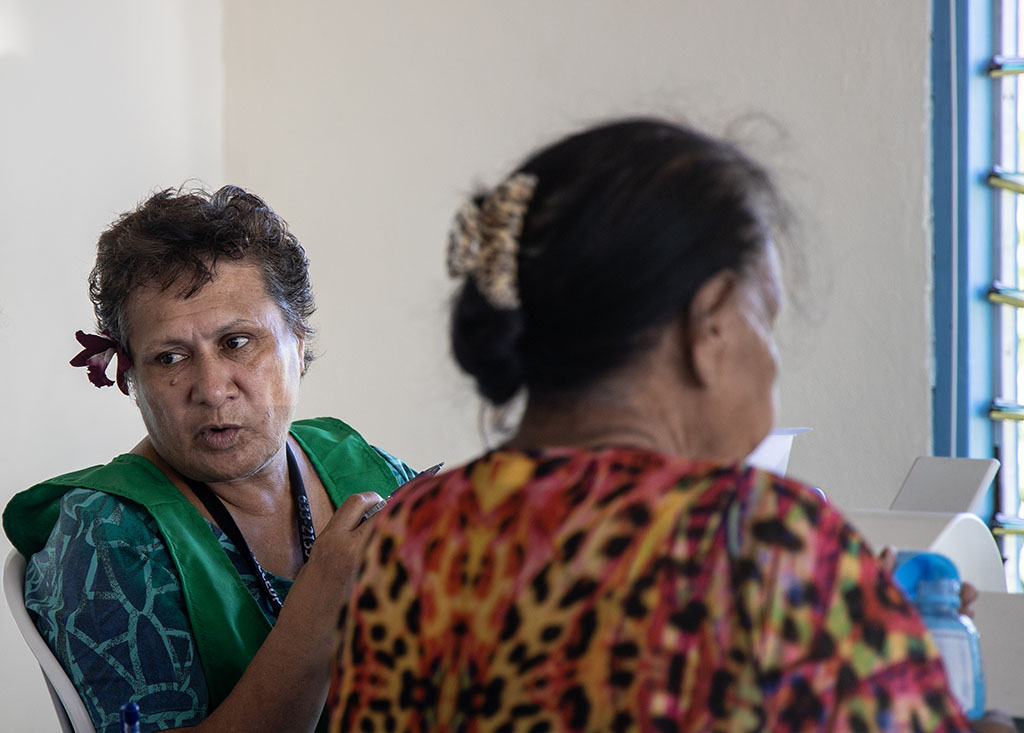 The clinic was open for four hours on Saturday, and not halfway into the day several people had been informed they were pre-diabetic, or diabetic and taken to Yuka Oyama, a volunteer nutritionist, for advice on their diet and lifestyle.

“Some are not surprised, they have been told before but they have done nothing about it,” said Seve. “But some are very in denial, so I tell them: the blood test doesn’t lie.”

Seve said Samoans must cut out processed foods high in sugar, salt and fats to reduce the rate of non-communicable diseases like diabetes.

That, and maintaining regular exercise are guaranteed to make people healthier, she said.

“Processed food is more affordable, sure, but we have to go back to traditional foods.

“And it’s eating times, and quantities too. We eat heavy dinners and often no breakfast, when it should be vice versa.”

The N.K.F. clinic is open on Wednesdays and Fridays for free screenings, which Seve hopes people will take advantage of, especially when they are not sick yet.

“Prevention is always better than cure, especially when the cure is so expensive, and hard on the patient,” she said.

President of the Apia Lion’s Club Faauuga Reupena said many people won’t make time to travel to the hospital, their doctor or the NKF clinic for checks like these, so it’s important to bring them to the village. 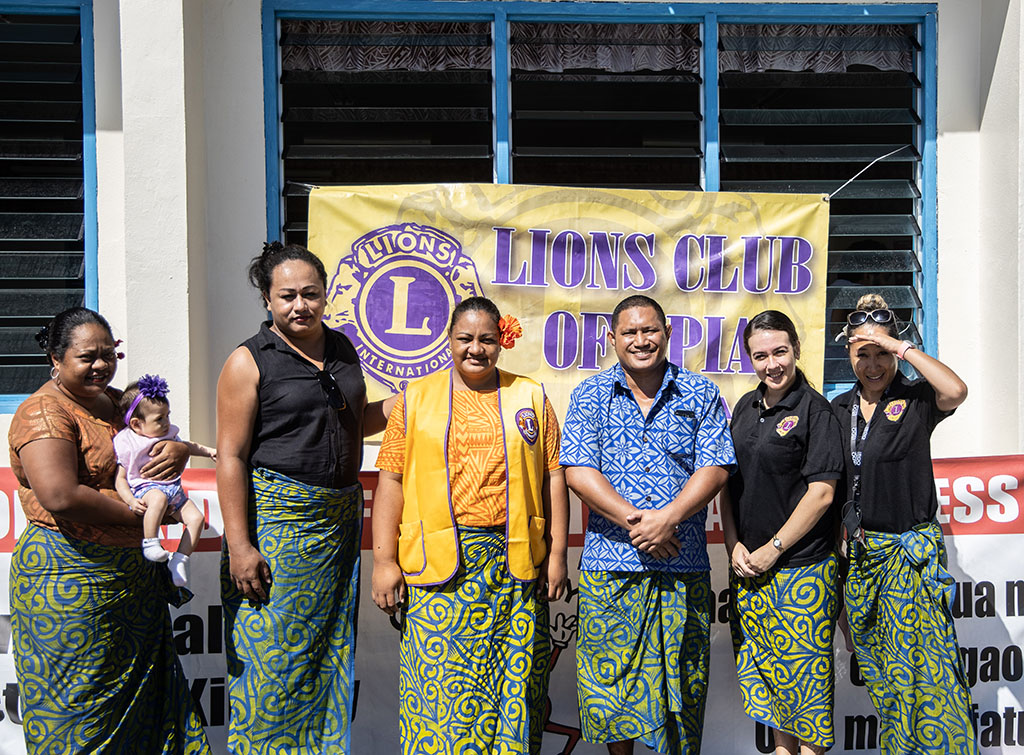 “Some people, especially the elderly, they cannot make the trip to the hospital, so we have tackle diabetes by bringing tests to them,” Ms Reupena said.

The club even had several walkers and canes on hand to give away to anyone needing them, like two elderly women who happily accepted brand new walkers.

The Lion’s Club mission is to serve the community, Ms Reupena said, making their partnership with N.K.F. an obvious, and cherished one.