The Electric Power Corporation (EPC) held another consultation Tuesday on the risks and solutions relating to the proposed Alaoa multi-purpose dam.

Non-governmental organisations and community-based organisation representatives joined villagers at the Tanoa Tusitala Hotel for the consultation.

EPC Project Manager, Fonoti Perelini Perelini, said their main concern is the safety of the people and that of the future generation from the continuous flooding that is expected during the wet season.

“If we do not push through with the dam then what will happen? It is very important to build a dam to protect our people from flooding.” 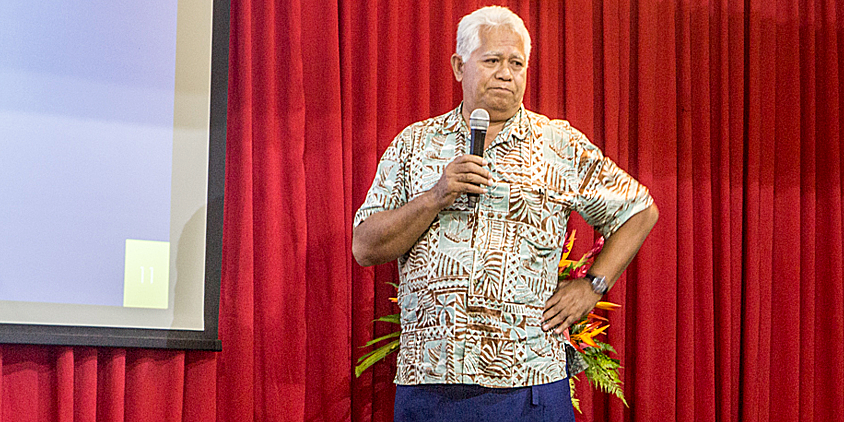 During the meeting Iuni Sapolu also raised her concerns over the absence of project proponents such as the Asian Development Bank (ADB), whom she said represented "the other side of the story".

Congregational Christian Church of Samoa (CCCS) pastor at Vaiala, Reverend Iese Uelese, told the Samoa Observer during the Vaiala consultations that he fully supports the plan.

“This is one of the areas that’s been badly affected by the floods whenever it strikes so the dam is very important for people in this area and not only that, it’s a multi-purpose project so it’s very important," he said.

A number of Vaiala residents said they also see the proposed dam as a solution to the problems, which were created when the Vaisigano River burst its banks and flooded Matautu and Vaiala.

Fa’i Filitoga Auva’a and his family are among the residents, who were affected during flooding and was present during the public consultations.

“The consultation has been very helpful,” he said.

“As we all know, flooding has been an issue for years and we feel safe that at least something is finally being done to prevent it."

Paul Anderson, who was also present at the consultation, said Samoa should consider the implications of the project.

“I’m sure the dam will work but I think it needs more consideration because it’s way more expensive than the cost of bill,” he added.

According to the EPC, the Alaoa multi-purpose dam will have numerous benefits and not just mitigate flooding. It would also improve the reliability of seasonal water supply to Apia and neighbouring villages during the dry season as well as provide the island with much-needed, renewable power generation through a run-of-river small hydro-power plant that could provide clean, reliable power to Apia residents.