The first ever All Samoan Fencing Championship was held at Millenia Hotel in Apia today.

Teams representing Samoa and American Samoa competed across men's and women's foil events, as well as a foil team match.

Six fencers from each country competed.

Samoa national coach Tuiloma Walterlee Imo said it was basically a warm-up for the Oceania Under-17 Tournament in Wellington next month.

“Instead of us competing with the likes of Australia, New Zealand as we’ve been doing for years, it’s a more realistic stepping stone."

Tuiloma said working with athletes at that young age has positives and negatives.

“It’s easier to build that platform, the skills and stuff.

“But as they turn 16,17 when we need them to compete, they migrate overseas for better things for their family I guess.

“Three years ago, we took a team to Oceania of 14 athletes, and none of them are here today."

He said the team try to fence at least once a week, depending on other commitments.

“Because everyone is underage, no one drives, so it just all depends on parents and transportation."

Tuiloma said the All Samoan Championship was important for his team because training and actual competition are quite different. 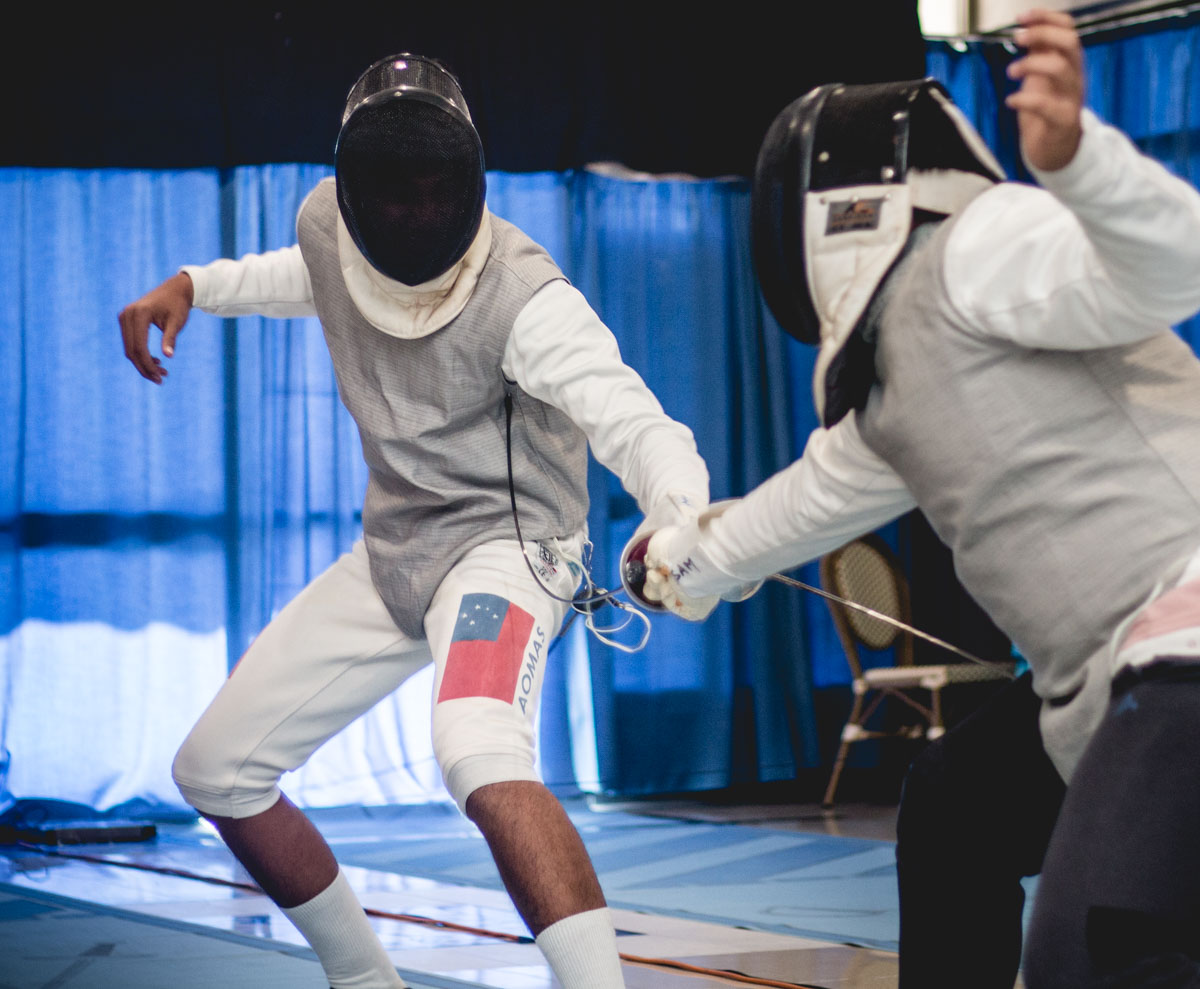 “So that when they go to Oceania they know what it feels like to be in a competition, instead of just training against themselves."

He said the tournament will hopefully be an annual event, and that they are looking to get other Pacific nations involved as a better stepping stone towards Oceania competition.

Fencing has been going as a sport in Samoa for four years.

“I know a lot of people in Samoa don’t know what fencing is, but it’s actually an Olympic sport," Tuiloma said.

“I think our Samoan people are actually built for it.

“We’re athletic, we’re quick, and we’re smart and sport comes naturally to us."

Tuiloma said anyone looking to join the sport should see Samoan Fencing Association president Tuala Oli Ah Him at Hotel Millenia, or himself at MY Fitness Studio.