A 30-year-old Samoan woman has received her first profession as a Sister of Nazareth at the Nazareth House in Melbourne, Australia.

“I knew for certain that this was what the Lord has called me to,” she said.

“I wish to inspire other females out there to give back to God for he is the answer.”

Sister Madonna said she had a good life having grown up in Samoa, attending St. Mary's Primary, St. Mary’s College before the National University of Samoa.

After her studies, she worked for Pacific Ezy Money Transfer before she joined her family’s restaurant, Swashbucklers and Sandbar.

But she said there was always a void, and it wasn’t until she decided to become a nun she realised what was needed to fill the void.

“It took me a long time before I realized that I should do God’s will,” she said.

“It wasn’t an opinion but I needed to fill the void inside of me and I am happy because it’s the best decision I have ever made.”

She said the courage to let go of everything and let God take control of her life has taken her to a whole different level. 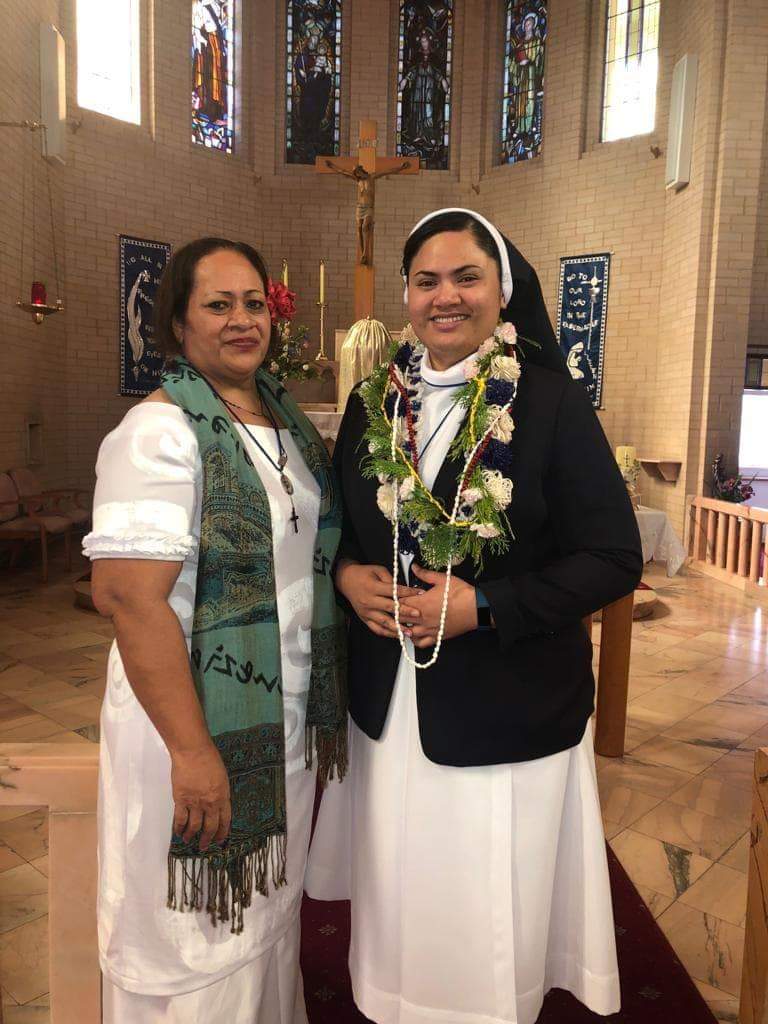 She added that her grandmother, Estelle Hedrige Baby Fido, who has passed away, was always one of her major sources of inspiration to become a sister.

“Her death opened my eyes that there is greater things God can offer than the worldly things can provide for me and God really worked his miracle in my life.”

Sr. Madonna grew up with her mother, Estelle Marie Fido. Today, she lives in Camberwell Melbourne and says her Samoan cultural background, in serving others, has helped her tremendously with her new calling.

“The journey up until this day has not been without its challenges but with the grace of God, love and support, I have been able to overcome these challenges,” she said.

Asked what her message is to other young women, she said she wants them to pray and seek what God has planned for their lives.

As for her, she said she has found her higher calling and she could not be happier.