A pre-polling booth for the Fa’asaleleaga No 2 By-election was set up at the Development Bank of Samoa (DBS) premises today for the elderly, people living with disability, and those who will be travelling off-island during the polling period.

It was confirmed that out of the 94 people that applied, only six people have not cast their vote yet, which is a positive development and they are now working on raising awareness before the 2021 General Election.

“It’s a big benefit for the people in these three categories to cast their votes early prior to the actual date of the by-election.

“We’ve spoken to the elders, people with disabilities and those travelling off island about that during the week and they’ve really appreciate the opportunity for them not to wait in line and all that matters.

“We’re trying to encourage the people in these categories to utilize for 2021,” Faimalomatumua said.

The Fa’asaleleaga No 2 By-election enabled the Office of the Electoral Commissioner to trial the pre-polling service, prior to actual voting.

“In public interest, it’s important to note the process that governs the pre-polling process.

“Voters in the categories above must apply to the Commissioner prior to the pre-polling period, which starts from Monday of the election week right up to 4.00pm Thursday of polling eve. If they don’t apply, then they are not eligible to pre-poll," Faimalomatumua added.

Voters who are eligible to pre-poll are able to cast their votes at the Development Bank of Samoa Level 3 conference room from Monday to Thursday this week. Eligible voters in Savai’i can cast their vote using the pre-polling service at the temporary office of the Electoral Commissioner at Blue Bird Building Salelologa on the same dates.

According to Faimalomatumua there are around 400 voters who have attained the age of 65 and above. 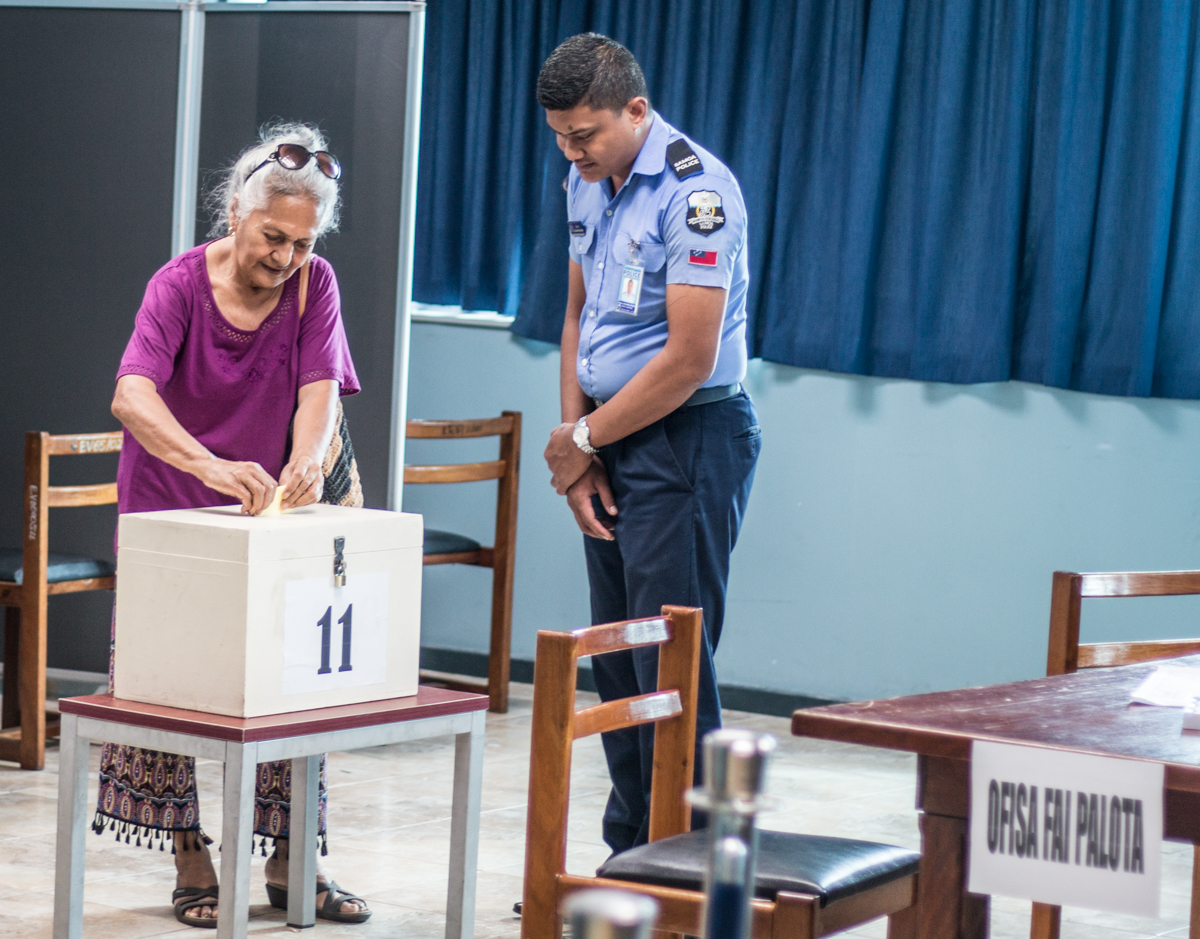 “As of Friday, the last day of pre-polling applications, 94 have applied. Including in that 94 are people with disabilities and those who are travelling overseas this week.”

The Electoral Commissioner also confirmed the final roll for Fa’saleleaga No 2 by-election stands at 3487. Polling day for the constituency is on Friday March 22.

Four candidates have put up their hand to run for the by-election. One of them carrying the Samoa’s First Political Party flag is Lema’i Faioso Sione.

Another candidate is the son of former Member of Parliament, the late Pau Sefo Pau is Maileimalo Eneliko Pau, who is an independent member.