The Pacific Games Office's preparations to host the 2019 Pacific Games has been boosted with a $200,000 sponsorship by the Samoa Ports Authority (SPA).

A ceremony was held at SPA's conference room today where the CEO of the Pacific Games Office, Falefata Hele Matatia, accepted the cheque presented by SPA's acting board chairman, Tuatagaloa Shane Wulf.

According to Tuatagaloa, the purpose of the assistance was to lend a helping hand to Samoa and the Government in hosting the Pacific Games.

"We are quite pleased to be part of this year's main event as a silver sponsor for the upcoming Pacific Games and we hope that our support can contribute in any way towards our country's preparations.

"The sponsorship is also aligned with our company's 20th anniversary this year in July which we thought was the best way to commemorate this milestone," he said.

The CEO of the Pacific Games Office expressed his gratitude to the SPA for its support.

"We acknowledge the support by the Minister for Samoa Ports Authority, board of directors, management and staff for deciding to aid our cause. 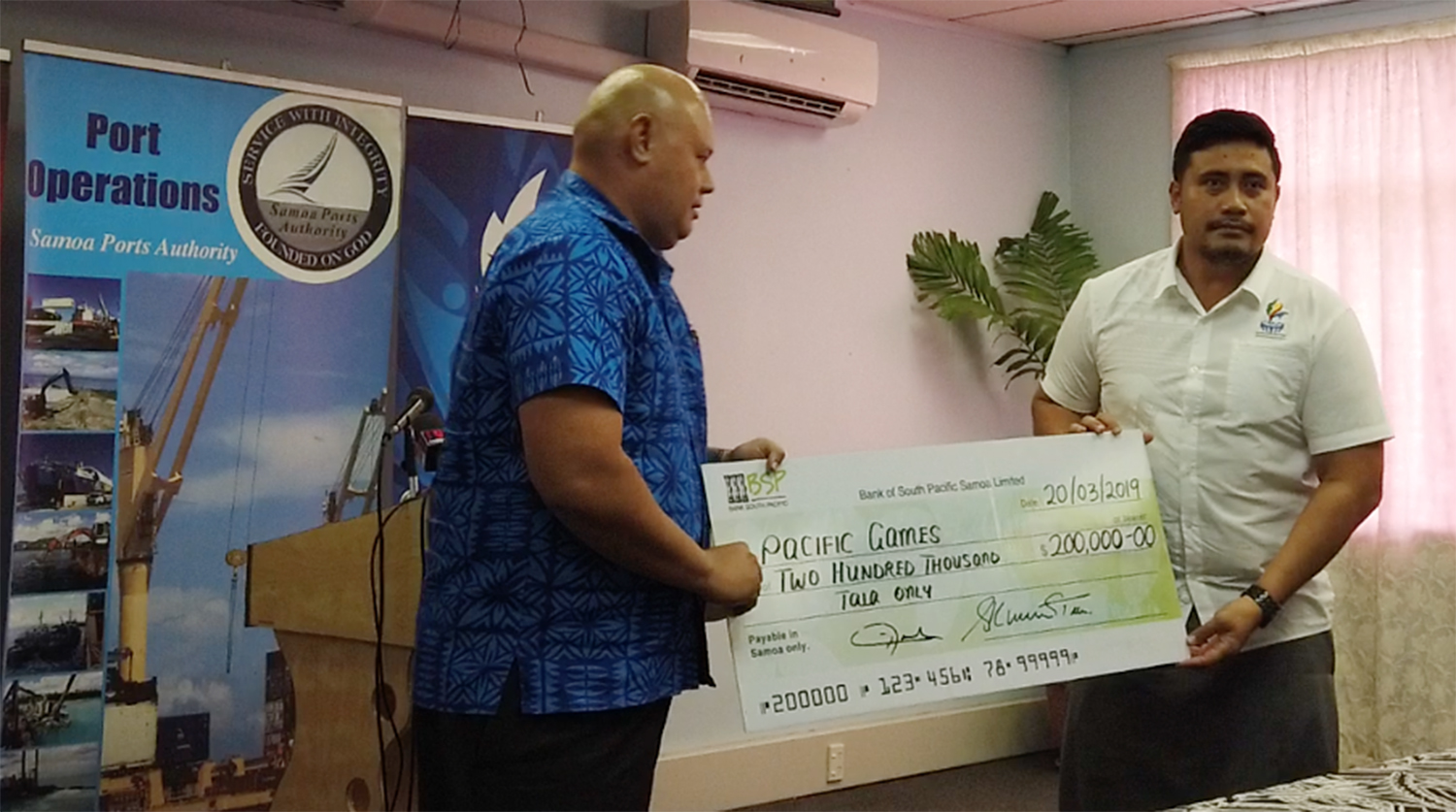 "This has contributed greatly in the continuing progress of our partnership and we also pray that God will shower his never ending blessings upon your organisation.”