Leifiifi College dominating Aleipata College with 12-7 points for the Under 17 boys. (Photo: Supplied.)

The organisers of the school-focused sevens tournament refused to be interviewed by Samoa Observer when they asked for comments in relation to the clash last Friday and referred this newspaper to the Samoa Rugby Union (SRU).

The SRU confirmed the incident in a statement and said it was marred by a scuffle between Mataaevave College and Leifiifi College U19 Boys which broke out on the full time hooter.

The tournament organisers were confident of its success until the fight, which the SRU claimed was triggered by "hooligan supporters" of the Mataaevave College.

“The scuffle boiled over with the intrusion of hooligan supporters from Mataaevave, who ran onto the field and caused a commotion. Police quickly apprehended and arrested the lead hooligan, (who was) wielding an umbrella while the rest were ushered away by tournament officials,” the statement read.

The SRU said the organising committee met and discussed the incident and agreed to disqualify Mataaevave College for the remainder of the tournament as well as slap them with an indefinite ban from future tournaments until further notice. The clash led to the Leifiifi College U19 boys team pulled out of the tournament due to injuries sustained by three players who were battered and bruised during the incident.

“U19 Boys pool B was now left with only two teams St Joseph's College and Safata College where Safata College advanced to the final by default due to the two teams out of the competition and defeating St Joseph’s College 20-19 in the opening round,” the statement added.

But the brawl did not hinder the progress of the tournament from continuing as planned which led to Leulumoega Fou College dominating pool A.

Leulumoega Fou College defeated Safata College 36-0 to retain their National 7s Crown making it back to back titles.

Avele College won over Palauli i Sisifo College in the finals for pool B U19 Girls with scores of 19-7 and landed the U.19 Girls MVP award To Faalua Lefulefu of Avele College. 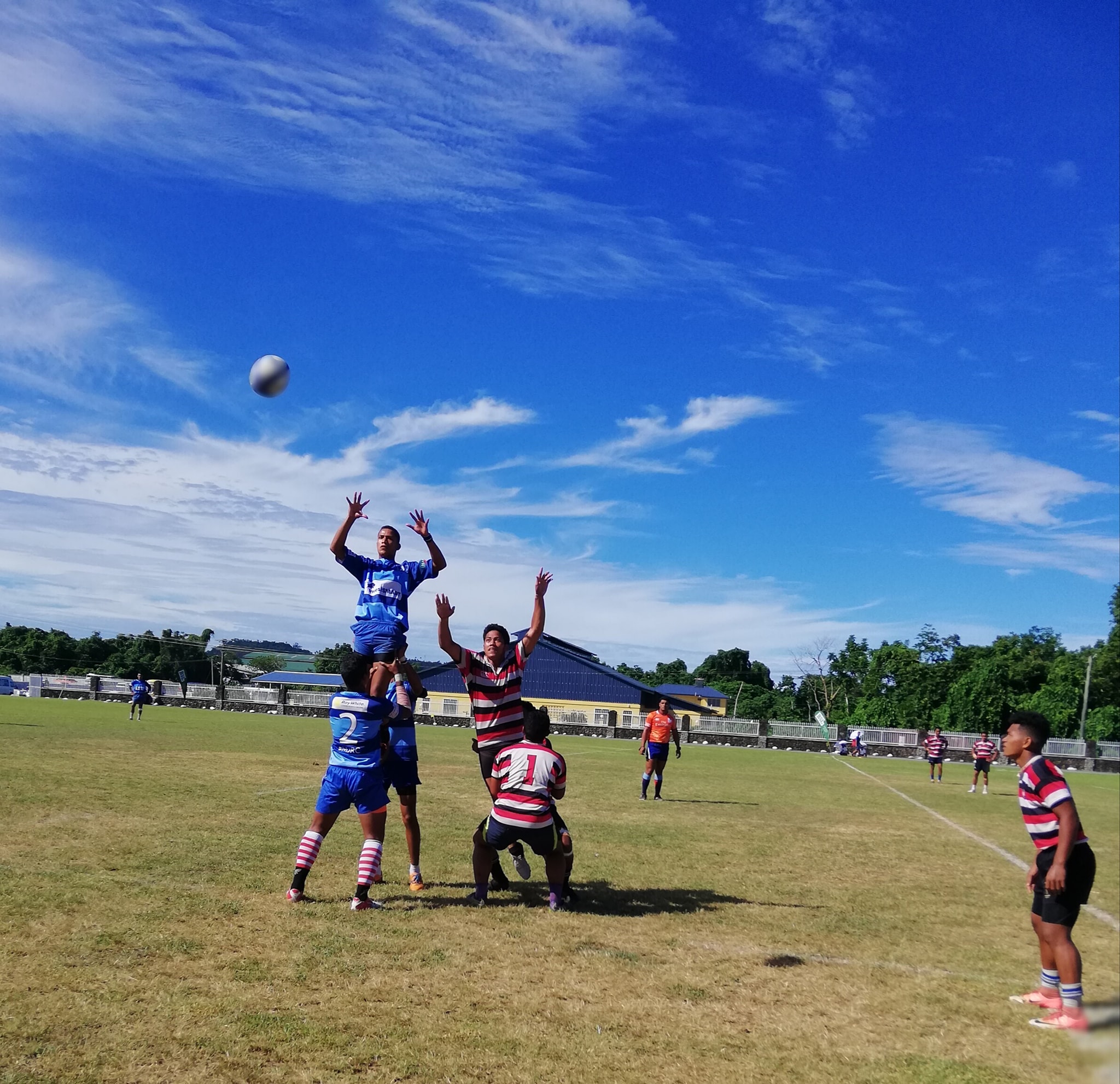 Leifiifi College took the U17 boys title over Aleipata College with 12-7 points - the U17 Boys MVP award went to Gerard Faalupega of Leifiifi College.

“We also thank TV1 Samoa for broadcasting the tournament live in Samoa, Ministry of Education, Sports and Culture (MESC) for their continuous assistance towards the development of the sport of rugby in schools.

“And also the Regional School Zone Committees in Zone A, B, C and D, especially the president of Schools Rugby Union and Schools Principals Association, Matafeo Reupena Matafeo and his Executive team for coordinating the tournament in conjunction with SRU.”