Local bird species Puna’e and Ma’oma’o are also on the endangered list and will be monitored by the Ministry of Natural Resources and Environment (MNRE).

The MNRE Chief Executive Officer, Ulu Bismarck Crawley, said while the Ministry is putting all its efforts into saving Samoa's national bird the Manumea – it will also monitor the Puna’e (Samoan Moorhen) and the Ma’oma’o or commonly known as the Ma’o.

A report by Toeolesulu Cedric Schuster of Pacific Environment Consultants Limited (PECL) titled "Important Birds of Samoa" concluded based on its research that the other native birds of Samoa are "critically endangered". Critically endangered means it is facing an extremely high risk of extinction in the wild in the immediate future, judged to be a probability of 50 per cent in 10 years.

According to the PECL report, the critically endangered Puna’e has not been recorded in Samoa for over 80 years, apart from an unconfirmed sighting in the 1980s.

“Due to the absence of a full national survey to determine its status, the bird cannot be declared to be extinct as yet,” the report read. 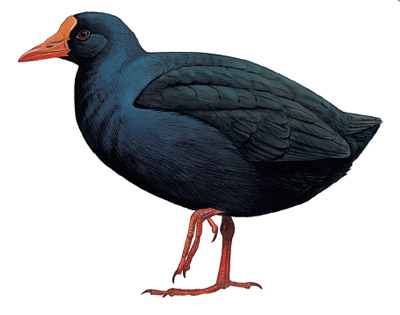 The report added that the Ma’o is now only confined to higher altitude areas away from settlements due to the loss of habitat and predation from cats and rats.

“The Mao was once found throughout the country but is now it is recorded in very few areas and populations recorded from these areas usually number below 10 in each site," stated the report. 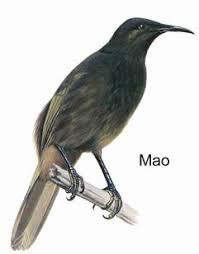 The PECL report highlighted key threats to Samoa's birds which include invasive species, natural disasters such as cyclones and fires, habitat conversion causing loss of habitat and hunting and trade for domestic and local commercial market.

"The presence of rats and cats along with Common and Jungle Myna in the wild are seen as the main invasive species threat to the bird populations.

"The biggest impact on the native population of birds was the devastation brought upon by Cyclones Val and Ofa in the early 1990’s," the report read.

The passing of the Deputy Director General of Clinical Services at the Ministry of Health, Fa’amausili Dr. Ponifasio Ponifasio, has brought tremendous sadness to the health sector, his family and the many lives he saved over the years.

Prime Minister, Tuilaepa Dr. Sailele Malielegaoi says the test results from the suspected COVID-19 swabs taken from a sailor last Thursday have come back with the same results showing both negative and positive results.

How does a swab test work, and what does it look like?

With Samoa having escaped much of the global experience of the COVID-19 pandemic, very few people will have experienced the now ubiquitous nasal swab. So what is it and what is it like?