The President of the Avele College Old Pupils Association (A.C.O.P.A), Tupa’i Albert Atoa, has rejected a claim they have failed to do their part to stop Avele students from fighting.

The claim was made by Prime Minister Tuilaepa Sailele Malielegaoi, who wondered where members of the Association have been sleeping.

Contacted for a comment, Tupai said there is nothing they could do.

“What could we have done?” he said.

“We can’t do much if they don’t take our advice.

“The old pupils have always reminded them about this. Everytime there is a presentation to the school, we talk to them, we remind them but they don’t listen.

“We have been telling the students for years that no one is ever popular for doing stupid things. We try our best to help the school fundraise but it seems like there are still students involved in these things.”

A meeting was called at Avele on Thursday for parents, teachers and old pupils to discuss the issue.

According to Tupa’i parents have taken ownership of the problem.

“The parents are willing to cooperate with teachers and work to find solutions. The parents took ownership of the problem and it appears that it starts from within the environment the kid is in.

“It is rumoured that one of the students involved has a father in prison and we think he needs help and counseling…we talk to the kids but if they don’t take it in it’s on them.”

Tupa’i also added that he had met with the Prime Minister last week.

“He said that it was easy to reopen the school but the main concern is if it is reopened, another fight might break out and someone might get killed,” said Tupai.

“We are preparing a written report for him on possible solutions to the problem. One of the ways to go about it is to have an allocated area where the students can go to – to catch a bus and get picked up.” 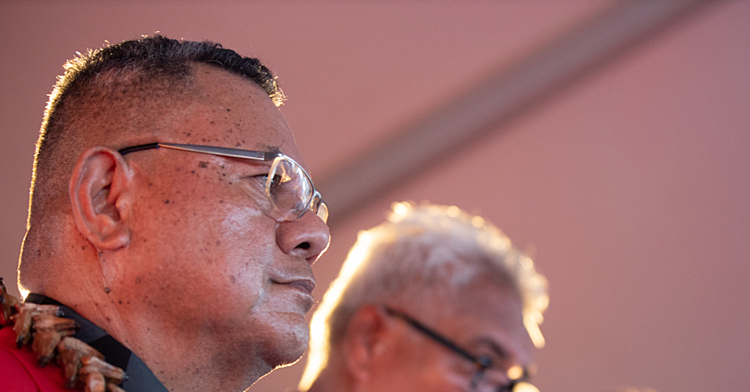