The Minister of Tourism, Sala Fata Pinati, attended the 26th Meeting of the Council of Ministers of Tourism recently held in the Cook Islands.

The meeting was opened by Prime Minister and Minister for Tourism of the Cook Islands, Henry Puna.

According to the Communiqué, the Ministers encouraged member countries to continue in their partnership and collaboration, in the spirit of regionalism, in pursuing the sustainable development of the tourism sector for the longer-term benefits of Pacific Island economies.

On the agenda of the meeting was the South Pacific Tourism Organisation’s Work Plan and Budget for 2017.

“The Ministers acknowledged the S.P.T.O Work Plan and Budget for 2017 and the need for member countries to support S.P.T.O and the important work it undertakes for tourism in the region.

Of the Organisation’s advocacy role, the meeting endorsed the activities undertaken at both regional and international levels, especially, in participation at high-level regional meetings and its collaborative work with donors and development partners.

“The Ministers encouraged the Secretariat to continue advocating for the development of the members’ tourism industry at regional and international levels, and with other organisations and development partners.”

The meeting was also updated on the European Development Fund (E.D.F) 11

“The Ministers noted the update by the secretariat on the work in progress in relation to the European Development Fund (E.D.F) 11 and approved the revised key result areas and four pillars in S.P.T.O’s EDF 11 submission.”

The Ministers confirmed Vanuatu as the site of the next meeting.

Pandemic an opportunity to diversify economy away from tourism

Samoa needs to use the pandemic crisis as an opportunity to look at other ways to sustain its economy, says the New Zealand Minister for Pacific Peoples Aupito William Sio. 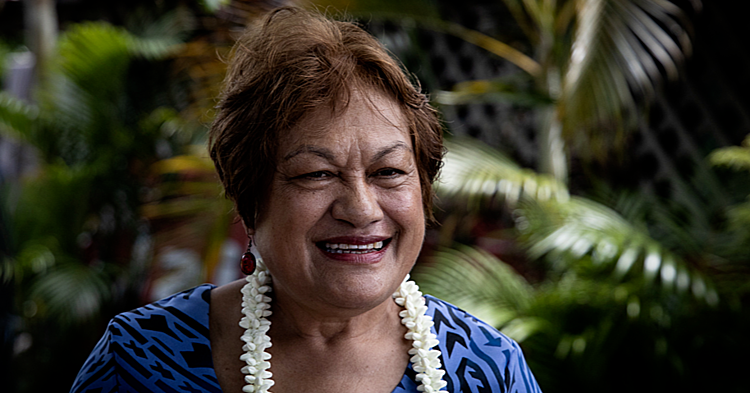 Govt. urged to focus on Health

Prime Minister, Tuilaepa Dr. Sa'ilele Malielegaoi, and his Government have been urged to focus on health, education and agriculture in its proposed budget for the new financial year. The call comes from the Interim leader of the Samoa First Political Party, Unasa Iuni Sapolu, who told Samoa Observer that the impact of the coronavirus (COVID-19) global pandemic demands that the Government focus on those three priority areas.