What about the truth? Transparency? And accountability?

Well there you have it Samoa. On the front page of the newspaper you are reading today is the response from the Chief Executive Officer of the Samoa National Provident Fund (S.N.P.F.) to questions about the activities of the Fund.

We encourage our readers – and members of the public including S.N.P.F. contributors - to take time to read it thoroughly and tell us what you think.

In the meantime, we want to acknowledge with gratitude the decision by the Fund’s C.E.O to enlighten us about some “pertinent facts” that “perhaps many may not be aware of.”

It’s great to know and we appreciate your time.

Suffice to say, the C.E.O’s letter is self-explanatory.

But like the previous response to this newspaper written by the Fund’s Solicitor, we have to say this once again fails to answer the very simple questions posed by concerned members of the business community about the decision by Fund to loan monies to foreigners and foreign-owned companies.

Ladies and gentlemen, this is the core issue at hand.

And as the eyes and ears of the public, this is what the media exists to do. We are here to ask these questions and we have done that of the S.N.P.F, as we do with all other public bodies.

Now in the space of a few days, we’ve had two responses from the Fund. First there was the statement issued by its solicitor and now the letter on the front page from the C.E.O, which makes some very interesting reading.

Disappointingly, both have completely missed the point. Whereas the first statement smacked of corporate arrogance, this one today is emotionally charged, bordering on insulting.

Take the use of the race card for instance.

Writes the C.E.O: “As long as you are an S.N.P.F. member with contributions regardless of your race, colour or ethnic group, members are entitled to a loan subject to the lending criteria of the Fund.”

She continued: “Race is not a relevant factor. Your continual emphasis of a client’s race or ethnicity implies that certain people should be excluded, never mind that these are Samoan residents and Samoan based businesses. Such exclusion is discriminatory and illegal.”

Really? Since when did asking questions about foreign investors using Samoa’s money to make their money become an issue of  “race, colour or ethnic group”?

Should we continue to remain silent and keep the peace when the Central Bank of Samoa has clearly expressed concerns about the Fund’s millions leaving the country almost immediately after they are disbursed to the borrowers?

And speaking of S.N.P.F. membership, how many years had Weije Weng contributed to the S.N.P.F. before he was granted a loan of $5.8million tala?

What about the Papua New Guinea Group – and any other group - purporting to be so-called foreign investors in Samoa? How long did they contribute to the Fund before they were granted such loans?

What guarantee does the S.N.P.F. have that these groups will not just up and leave with all those millions leaving Samoa in limbo?

These are the questions and they are legitimate. If members of the community are concerned, they should be. You see, the importance of the S.N.P.F. to the country’s economy cannot be stressed enough. If something happens with all these millions, where will it leave Samoa and all these people – including the least paid workers in this country – who depend on it?

As we’ve said before, history unfortunately is not on the S.N.P.F’s side when it comes to money given to foreign owned companies. The case of Desico remains a fresh injury. We don’t need to tell you the story again and there is probably nothing that can be done about it now.

But we can learn from these past mistakes. This is why these questions are important, which is why as the mouthpiece of members of the public, this newspaper, is not afraid to ask them.

Let me remind that the S.N.P.F. is a public body accountable to its members. The people who have these issues on these pages are members of the S.N.P.F. They have worked and contributed to the Fund their entire lives.

Besides, we are talking about millions of tala and therefore these are not small monies.

Now the last paragraph of the C.E.O’s letter warrants a response from this newspaper.

She writes: “Finally, the persistent attempt by your paper to paint a negative picture of S.N.P.F. in close to a month now is unfortunate and it undermines the genuine efforts of S.N.P.F’s hard working board and staff to build and improve the Fund’s financial position and performance. One of the major obstacles hindering personal, financial and wider economic development in our country is a negative attitude.”

Persistent attempt to paint a negative picture? Undermining genuine efforts by the hardworking board and staff? Hindering growth? Negative attitude?

Goodness, that’s a mouthful, isn’t it? But it’s okay. Everyone is entitled to their opinion.

And now that the S.N.P.F C.E.O has got that all off her chest, let us pause for a minute, take a deep breath and think about these questions carefully.

What about the truth?

Does that not matter to the Fund?

What about transparency and accountability?

Aren’t conflicts of interest and the like part of good governance this government is forever gloating about?

Lastly, we disagree with the suggestion that “personal, financial and wider economic development” are being hindered by a “negative attitude.”

In our humble opinion, what is truly hindering the development of Samoa today is corruption, collusion and conflicts of interests that this government has failed to deal with and stop.

Coupled with the reckless management of public monies, how can we – or anyone for that matter - stay positive? 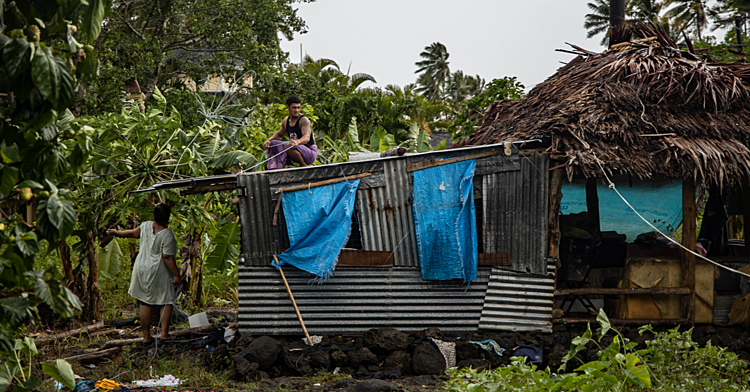 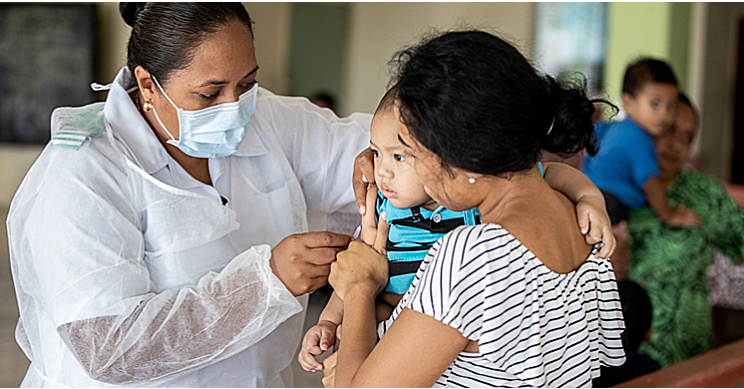