WASHINGTON (AP) — Donald Trump is looking ever more in control of the race for the Republican presidential nomination after a resounding victory in the South Carolina primary, leaving Marco Rubio and Ted Cruz playing tug-of-war over who's the strongest anti-Trump candidate.

In the Democratic race, Hillary Clinton blunted concerns about her viability with a clear victory over Bernie Sanders in Saturday's Nevada caucuses, the first state to test the Democrats' appeal among a racially diverse group of voters.

Trump's victory in South Carolina on Saturday was vindication for political mavericks whose hunger for an outsider has defined this year's campaign. But those fortunes didn't extend to Sanders this weekend. After winning the second contest in New Hampshire, the self-described democratic socialist came up in short in Nevada, where Clinton collected the majority of delegates and told gleeful supporters that "this one is for you."

For Republican Jeb Bush, it was the end of the line for a political dynasty as he failed to follow his father and brother into the White House. With donors ready to bolt, the former Florida governor, who had entered the race as the front-runner last year and outspent his rivals, dropped out of the race after failing to break into the top three in the first three nominating contests.

The Republican candidates were fanning out Sunday to Nevada, Tennessee, Arkansas, Georgia and beyond as the race spreads out and speeds up after the kickoff trio of contests in Iowa, New Hampshire and South Carolina. Nevada's Republican caucuses are Tuesday, and then a dozen states vote in the March 1 Super Tuesday bonanza.

Trump opted against his trademark braggadocio in assessing the state of the race on Sunday.

Asked on CBS if the race was his to lose, the billionaire businessman said, "I don't want to say it's mine. Certainly I'm leading, there's no question about that, but we've got a long way to go."

Nearly half of Republican voters in South Carolina said Trump is the candidate they trust most to handle the economy, more than double the proportion who said so of any other candidate, according to exit polls conducted for the Associated Press and television networks by Edison Research.

Rubio, who placed second in South Carolina based on complete but unofficial returns, argued that his policy specifics trump Trump's big talk. "If you're running for president of the United States, you can't just tell people you're going to make America great again," the Florida senator said on CBS' "Face the Nation."

Cruz, who was edged out by Rubio in the South Carolina vote, stressed his conservative credentials and said he was the lone "strong conservative in this race who can win. We see conservatives continuing to unite behind our campaign," the Texas senator told NBC's "Meet the Press."

The Democrats next compete Saturday in South Carolina with Clinton expected to win by a large margin. A large majority of black voters supported Clinton in Nevada, according to entrance polls, an outcome that bodes well for her in South Carolina and on Super Tuesday a few days later when primaries are held in several southern states where African-Americans make up a large segment of the Democratic electorate.

Clinton celebrated her Nevada triumph but acknowledged she has work to do in persuading voters that she has their best interests at heart.

Sanders took a hard look at the where the delegate math takes him from here. He acknowledged that while he has made gains on Clinton, "at the end of the day ... you need delegates." He looked past South Carolina and ticked off Colorado, Minnesota, Massachusetts and Oklahoma as places where he hopes to do well on Super Tuesday when Democrats hold contests in 11 states.

Trump, now the clear leader in the race for delegates, cemented his standing as his party's favorite. No Republican in modern times has won New Hampshire and South Carolina and then failed to win the nomination.

"It's tough, it's nasty, it's mean, it's vicious," Trump said of the rollicking presidential campaign. "It's beautiful. When you win, it's beautiful."

A string of victories for Clinton and Trump in Super Tuesday contests would give them commanding leads in the race for delegates who will choose the nominees at the parties' national conventions in July, dampening prospects for their rivals to catch up. Already, Trump leads Republicans with 67 of the needed 1,237 delegates, with Cruz at 11 and Rubio at 10. Clinton has 503 to Sanders' 70, including party officials known as superdelegates who can back the candidate of their choice regardless of the primary results in their states.

The biggest question facing Republicans now is whether those seeking to spoil a Trump nomination have simply run out of time.

Rubio and Cruz argued that with roughly 70 percent of Republican voters consistently voting for someone other than Trump, they have an opening as the Republican field keeps shrinking.

Rubio called it the "alternative-to-Donald-Trump vote," and predicted it would coalesce around him.

Cruz countered that he's the only Republican who's been able to beat Trump so far, referring to his victory in leadoff Iowa. 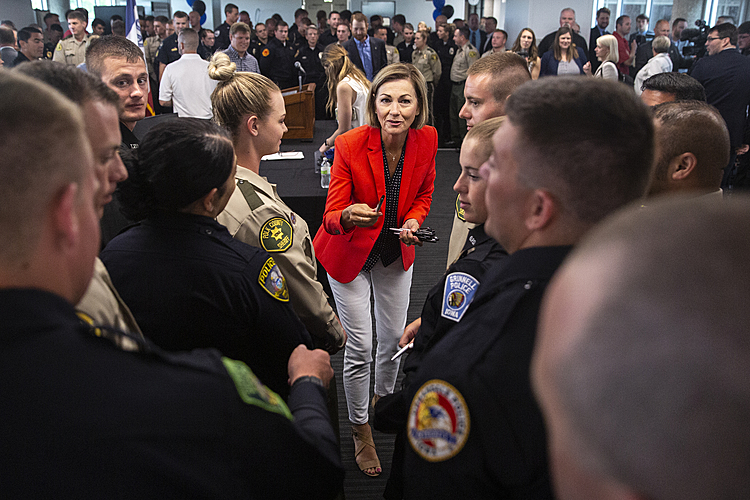