A young man with his mind set on doing good

Every so often, we hear about fights among the youth of Samoa caused by the most trivial of things.

Rather than helping their families out, many of the youths cause trouble bringing shame and more hardship.

For Konelio Fiapa’itasi, from the village of Lotoso’a-Saleimoa, this is not how he wants to live his life.

He would rather spend time in the plantation helping his family after school than spend time mucking around and causing heartache for those he loves.

“Life is starting to get a little tough for a lot of families here in the village,” he told the Village Voice.

“Things are no longer easy and people are struggling to make ends meet. When people think village life, they think simple but that isn’t the case.

“I admit that our generation is the cause of many of today’s problems in Samoa. A lot of the young people aren’t helping their families out and instead, they cause more hardships for their parents.

“We hear about this generation starting up fights over such small matters and they don’t think about how it affect their family, it’s very sad but it’s the truth.”

He said that the main cause of all the problems with his generation is the misuse of the internet and the inappropriate interactions between girls and boys.

“A lot of the fights and problems caused by this generation of youths in town occur through the wrong use of the internet,” Konelio said.

“A lot of the young people use the development of technology to stir up trouble and everyone just follows when a fight starts. Another problem is girls and boys getting cheeky.

“Guys will fight over a girl and girls will fight over guys. That’s the world we live in now. When one guy sees another guy talking to a girl from their school then they go and beat him up.

“Then the other guy’s school will retaliate and then a big fight breaks out.”

But Konelio doesn’t want to be like every other youth, the only thing occupying his mind is helping out where he’s needed.

“For me, I would rather help my family out than get involved in all the problems around Samoa,” he said.

“I am studying electrical at Don Bosco and I admit that my family struggles. So aside from school, I try and do my part here in the family through my work in the plantation.

“I also try my best in school because I want to be able to help those I love in the future. On the other hand, if I keep working hard with my plantation, I have something to fall back on if I don’t do well in school. “But no matter the circumstances, at least I will always have a way to help out my parents. In the weekends I spend most of my time here then I go and prepare the Umu. That’s my life.” 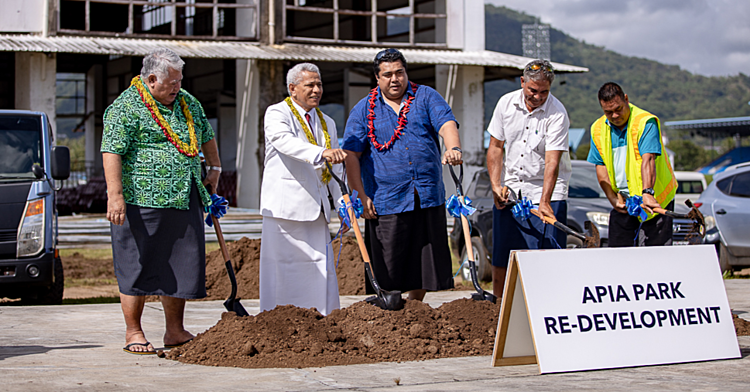