WELLINGTON, New Zealand (AP) — The New Zealand Maori have included nine All Blacks in the squad to play the British and Irish Lions on June 17, throwing another formidable roadblock in the way of the tourists ahead of a three-test series against New Zealand.

Fullback Damian McKenzie and winger Nehe Milner-Skudder, who narrowly missed selection the All Blacks test squad announced Thursday, were later included a Maori lineup which will be one of the strongest the Lions will face on tour, outside the tests.

Winger Rieko Ioane and scrumhalf Tawera Kerr-Barlow, who were both included in the 33-man All Blacks squad, have also been named to play for the Maori a week out from the first test at Auckland's Eden Park.

McKenzie was considered unlucky to miss out of a place in the All Blacks squad after an outstanding season for the Hamilton-based Chiefs in Super Rugby. He missed out to uncapped utility Jordie Barrett, one of three Barrett brothers selected in the New Zealand squad along with flyhalf Beauden and lock Scott.

Milner-Skudder also narrowly missed All Blacks selection, mainly because of injuries which have prevented him fully pressing his selection claims. After almost a year out of action due to shoulder surgery, Milner-Skudder broke his foot on his return to Super Rugby and has played only 26 minutes off the bench in recent weeks.

The Maori lineup also includes Akira Ioane — brother of Rieko — Ihaia West, Otere Black and Kara Pryor who played in the Blues team that beat the Lions 22-16 on Wednesday.

The last Lions team to tour New Zealand in 2005 was beaten 19-13 by the New Zealand Maori on their way to a 3-0 test series loss to New Zealand.

Lions coach Warren Gatland has indicated he will likely unveil his test lineup in the match against the Maori.

The Lions face a rugged lead-up to the first test against the All Blacks with matches against the unbeaten Crusaders, Super Rugby champions the Hurricanes and the New Zealand Maori. 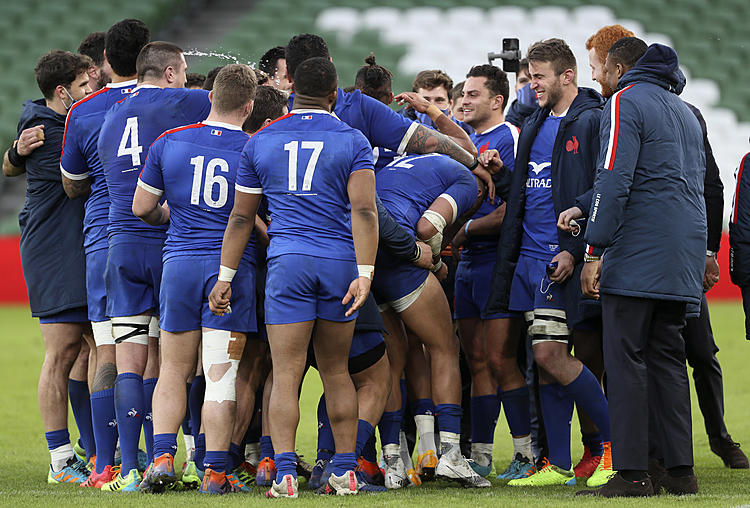 6N: Fate of France v Scotland to be decided on Wednesday

6N: Fate of France v Scotland to be decided on Wednesday