Better but not quite there yet.

That perhaps best sums up the first two days of the Hong Kong Sevens for the Manu Samoa who would be kicking themselves for failing to reach the Cup stage of the tournament.

They have reason to be disappointed. They were within arms length of their goal with two narrow losses to Australia and England, which would have guaranteed them a spot.

Although they salvaged a well-deserved win against Korea last night, 22-12, it was not enough to see them through.

Against Australia, Samoa mounted a strong come back to lose, 19-22.

Australia started the match strongly with a turnover from John Porch allowing Henry Hutchison to get his hands on the ball and score in the corner to give the Aussie 7s a 5-0 lead.

Samoa ran the ball at the Australian line with aggression and countered with a quick try of their own to take the lead 5-7.

The Aussie 7s were patient and capitalised on some space out wide to put Boyd Killingworth over in the corner and take a 10-7 lead at the break.

Henry Hutchison was the beneficiary of a brilliant cutout pass from Porch early in the second half and scored in the corner to extend the lead to 15-7.

Porch backed it up with a try of his own to take the game away from Samoa with under two minutes to play.

With the match all but gone, Samoa put on two quick tries to close the gap to 22-19 on the stroke of full time.

The loss meant the game against England yesterday had to be won.

In a tightly contested game Samoa took a 5-0 lead through Alamanda Motuga, moving the ball well from kick off.

England equalised when Dan Bibby’s quickstep created space for him cross after a period of sustained England pressure. Tom Mitchell converted for a 7-5 score.

Replicating the play that saw him touch down to become the world’s all-time leading try scorer, Norton chipped over the Samoan defence but this time was unable to gather the ball as the hooter sounded for half time.

Following the re-start England were reduced to six men after Richard de Carpentier was shown yellow for taking a player out in the air.

Samoa capitalised on the resulting space out-wide with Savelio Ropati catching a cross-field kick to go over in the corner.

In their last game against Korea, Samoa let loose and ran in tries through Samoa Toloa, Tomasi Alosio and Alamanda Motuga for their only victory after two days of competition. 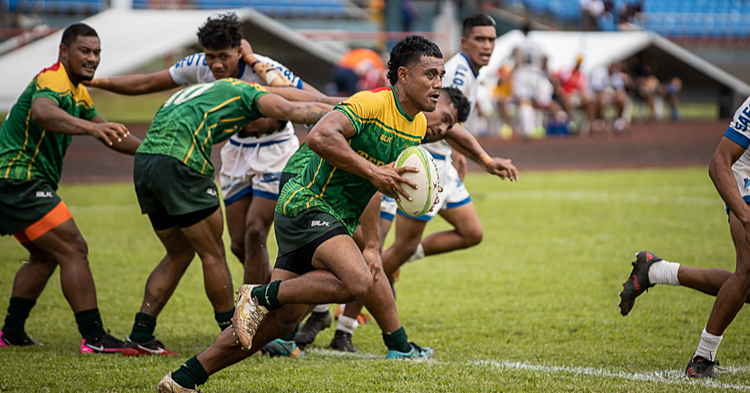 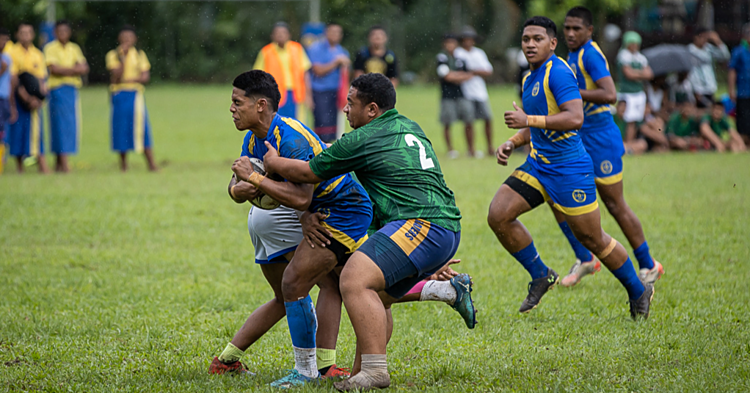 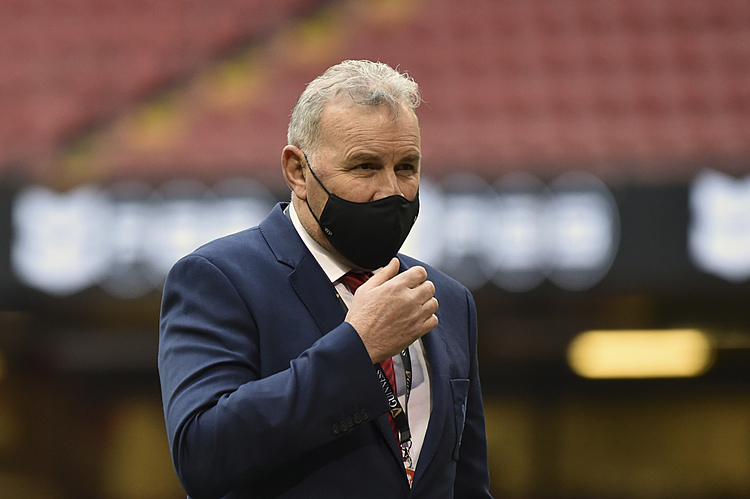