PHILADELPHIA (AP) — Hillary Clinton vowed Tuesday to conduct a national security and foreign policy that Americans could be proud of, saying rival Donald Trump "just absolutely bewilders" her when he talks about his policies around the globe.

Clinton embraced the U.S. Olympic team's success at a voter registration rally in Philadelphia, pointing to Team USA's gold as an example of an optimistic nation that runs counter to what she considers Trump's pessimism and negativity.

"It just absolutely bewilders me when I hear Donald Trump try to talk about national security," Clinton said, pointing to Vice President Joe Biden's dissection of Trump's foreign policy at a Pennsylvania event on Monday. "What (Trump) often says hurts us. It sends the wrong message to friend and foe alike." Turning to the Olympic team, she said, "Team USA is showing the world what this country stands for."

Trump on Monday said the country's national security requirements demanded "extreme" vetting of immigrants seeking admission to the United States, pointing to the threat of the Islamic State group and terrorism elements. But he offered few specifics about how the process might work or how it would be paid for by taxpayers.

Clinton and Trump have each sought the upper hand as the chief executive most capable of battling terrorism. While the GOP business mogul has vowed to project strength and decisive action against terror, the former secretary of state has pointed to her deep foreign policy credentials and warned that Trump could plunge the nation into another war.

Trump has previously called for an unprecedented temporary ban on Muslims entering the U.S., and said in his Ohio speech that he would overhaul the nation's screening process and block those who sympathize with extremist groups or fail to embrace American values.

The Republican nominee has made changes to the nation's immigration system and the construction of a wall along the Mexican border a key part of his fight against terrorism and the Islamic State group, which he compared to the struggle against communism during the Cold War.

As president, Trump said he would encourage immigrants to assimilate and urge parents, teachers and others to promote "American culture." But he declined to say which regions of the world would race "extreme" vetting and how federal agencies would go about conducting the review.

Trump was traveling on Tuesday to Milwaukee, the site of ongoing protests over the fatal shooting of a black man by a black police officer. His visit follows several days of violence that has left businesses in flames and the Milwaukee police chief expressing surprise at the level of unrest.

Clinton said Monday during a stop in Scranton, Pennsylvania, that the Milwaukee protests showed the nation had "urgent work to do to rebuild trust between police and communities" and that "everyone should have respect for the law and be respected by the law."

In an interview on Fox News Channel, Wisconsin Gov. Scott Walker accused Clinton of "inflaming the situation" with her comments.

"I think people understand in that neighborhood and Sherman Park and in Milwaukee, they want law enforcement to step up and protect them," he said, adding that "statements like that" from Clinton and a "lack of leadership" from Obama "only inflame the situation."

Trump told Fox News that the shooting in Milwaukee may have occurred because the officer had a gun to his head.

"Who can have a problem with that?" Trump said in an excerpt of the interview, aired Tuesday. "If it is true, then people shouldn't be rioting."

While polls have shown Clinton building a lead following the Philadelphia convention, Democrats are fearful that a depressed voter turnout might diminish support among the minority, young and female voters who powered President Barack Obama to two victories.

Clinton said at the voter registration event at a Philadelphia high school that she's "not taking anybody anywhere for granted" in the race for the White House, saying the stakes "could not be higher."

While guarding against complacency, Clinton is also preparing for a potential administration.

Her team, which is being overseen by campaign chairman John Podesta, will handle long-term planning for a potential Clinton White House should the former secretary of state win the election in November. Trump has already tapped New Jersey Gov. Chris Christie to lead his transition efforts.

By law, both nominees have access to national security and other federal government briefings. 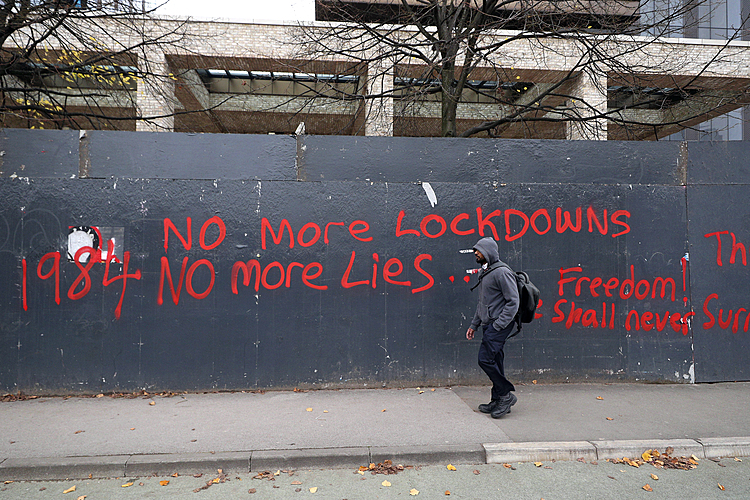