Samoa’s new Head of State, Tuimalealiifano Vaaletoa Sualauvi II is humbled by his appointment to lead Samoa in the next five years.

“With all humility, we humbly accept the appointment. The glory is to God, not us, not our family and friends,” said Tuimalealiifano.

“Also I want to thank the Head of State,” said Tuimalealiifano in an exclusive interview at his office yesterday morning.

“The appointment of the Honorable Tuia’ana as Head of State, is a milestone for the Independent State of Samoa.

According to the Prime Minister, Tuimalealiifano served in the Ministry of Police, is an Attorney and was later appointed to the Deputy of Councils.

“He has served the Government for more than 20 years,” according to Tuilaepa.

He further pointed out that “when the late Malietoa Tanumafili II passed away in 2007, Tuimaleali’ifano was one of the names considered for the Head of State position twice - in 2007 and again in 2012.

“However the bid was unsuccessful.

“It was believed the timing was not right, he was not ready for the Head of State post.

“It’s believed that every appointment comes from God and you have waited patiently and continued your service as a member of the Deputy Council,” he said to Tuimalealiifano.

The Prime Minister, in paying tribute to His Highness Tui Atua, also noted that his time in office will come to an end on 25 July, 2017.

“This is a call from God and it was made through a secret whisper to each member of the Human Rights Protection Party as indicated under the constitution.

“I commend Tui Atua for his service in the last 10 years.

“You were a Member of Parliament; Prime Minister; Deputy Council member and are the Head of State.

“Only God can reward you abundantly for your service to your Government and the people of Samoa.

“The appointment of the Head of State was conducted in a democratic way; it was not an easy decision to make for such a small country.

“However Samoa is a family,” said Tuilaepa.

The Prime Minister stated the swearing in ceremony for the new Head of State will be announced at a later time.

Samoa’s outgoing Head of State, His Highness Tui Atua Tupua Tamasese Efi, has served for 10 years and it’s unclear as to the reasons for his being replaced.

Efforts to get comments from His Highness Tui Atua Tupua Tamasese Efi were unsuccessful as of press time. 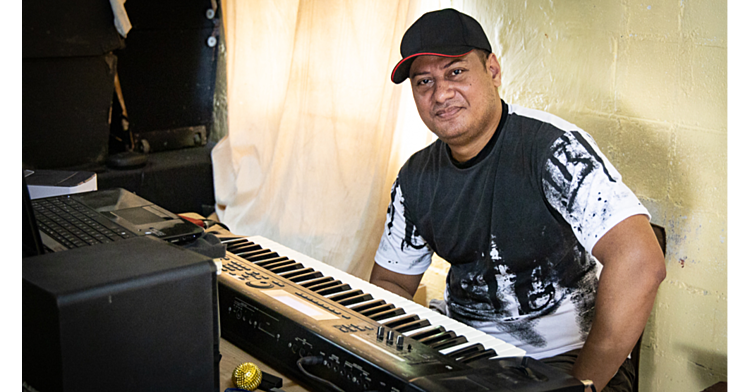 Dr. Rome: The man behind the music

Better known as Dr. Rome, the Music Producer has helped many local artists including the popular Mr. Cowboy, Sam Choo Koon, Ta'i Logoipule, Shorty Kap, Sinapi Logovi'i and many others. He tells us his story.

The repatriation flight for American and Australian citizens in the country scheduled for next Monday has been delayed for 48 more hours due to weather conditions in Vanuatu.