The written statement’s of the two defendants accused in the death of 44-year-old Misa Vailigi Rarotoga of Vaimea last July, was read in open court on Friday.

The Assessors Trial of  PJ Tupuola Puni and Max Alefosio which started on Tuesday is presided over by Supreme Court Justice Leiataualesa Daryl Clarke.

The defendants have opted not to take the stand and the Prosecution called on the two police officers to read out the statements by Puni and Alefosio.

Auva’a read the statement by Alefosio, “After work on that day I came and had a drink with the boys PJ and Peni.”

They drank a bottle of vodka around 6pm. Later they went to PJ’s house to get water to mix with the vodka they had.

The drinking went on till 11pm at night and on their way back from PJ’s house they drank on the road next to JP Sports Bar.

“While we were drinking, the deceased came to where we were and then I gave him a cup because PJ told me to, but I don’t know him,” said Alefosio in his statement.

“After he had a drink then he went to his place.

“After that, PJ went to JP’s to get water for our bottle and then Peni told me that the deceased was coming back with another person.”

According to Alefosio’s statement the deceased returned and suddenly punched him on the jaw.

He fell on the side of the fence and the deceased struck him again.

Auva’a said Alefosio indicated in his statement that while he was trying to defend himself from another man, he saw the deceased fall on the ground, but he was unaware why.

“He fell flat on his face and that’s when me and Max started kicking him I can’t remember how many times we were kicking him but I know it was a lot.”

The second witness to take the stand was Senior Sergeant Eneliko Masipa’u who read out the written statement for PJ Tupuola Puni of Vaimea.

The statement says that it was the victim who instigated the incident.

“Vailigi was walking towards us where we were and then we had a talk and then he left to go home.

“We thought he had left but not long after, he came back and punched Max and then I jumped in to help Max.

“However, Vailigi strangled me and pushed me against the fence and punched me.

“I called out to my friend for help and that’s when my friend came.”

Puni’s statement says “I tried to avoid the problem and acted in self defense.

“Something must’ve happened at his house that made him angry because we were talking while he was on his way home.”

The matter was adjourned to Monday for assessors to conduct a scene visit to where the incident occurred at Vaimea and then final submissions from the defense counsels and the prosecution will be read out on Monday. 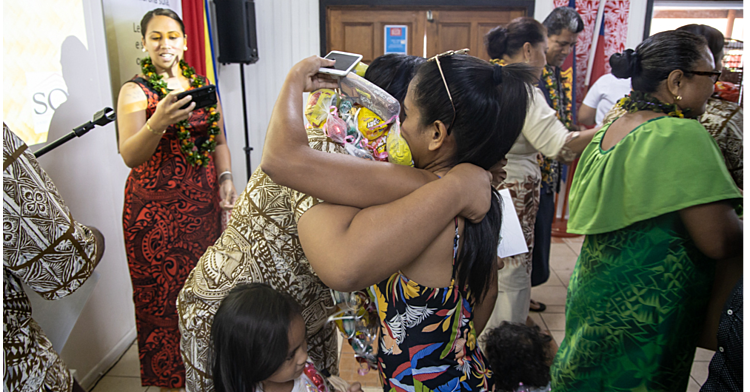