Coach Eddie Jones has alerted his England side to watch out for any mischief in Cardiff.

England ruined Welsh title hopes in the last two years, and Jones warned his side to be wary of shenanigans before the game, like incessant phone calls at the hotel, delayed arrival at the ground, no heating in the changing room, and deliberate misunderstandings.

"It happens regularly in Wales," Jones said. "So the challenge for a team to play away is to be better than that. They're things you can't control.

"Once we go down the M4 and across the Severn River, we don't control anything. The only thing we control is our own mental state and the way we play the game. That's how good sides are, and the way we want to be."

But Jones already made certain of annoying Wales before then by refusing the home side's request to close the roof. Wales wanted an indoor game to improve the chance of a running game, but captain Alun Wyn Jones admitted a closed roof also elevated the crowd noise to a level that made it uncomfortable for visitors.

The Welsh notably tried to pull one over England in 2015, by delaying their arrival on the field long after England's. They hoped to make England freeze, but Chris Robshaw got into a standoff with officials and refused to leave the tunnel until Wales came out at the same time. Wales' plan failed, the kickoff was delayed, and England won on opening night, ultimately costing Wales the championship.

Last year, Wales went to Twickenham with the title on the line, started sloppily, England went 19-0 up and prevailed 25-21.

Both teams ought to be better off for Saturday after overcoming sluggish starts to win their opening matches.

Wales came from 7-3 down to Italy at halftime to triumph 33-7 and just miss out on a bonus point by a knock on over the line.

England had to rally from behind twice against France, scoring a 70th-minute try to win 19-16.

"We wanted to go out there and set the benchmark for the Six Nations and we didn't and we're disappointed by that," Jones said. "We want to go out this week and redeem ourselves. And that's a good feeling."

Jones limited his changes to restoring Jack Nowell on the right wing and starting Jack Clifford on the openside flank. Clifford scored his only test try against Wales a year ago.

Loose forwards Clifford, Maro Itoje, and No. 8 Nathan Hughes have just 20 caps between them.

Opposing them are Justin Tipuric, Sam Warburton, and Ross Moriarty, who share 130. In reserve is British Lion Taulupe Faletau, who hasn't played since Dec. 24, but was looking good in training, coach Rob Howley said.

He's counting on superior experience throughout his side to make a difference.

"When you've got Tipuric, Warburton, Moriarty, Faletau, the quality and experience in that back row will have a significant impact on the game," Howley said.

"There is no excuses from us. We have to be on our A game. We feel we are in good shape." 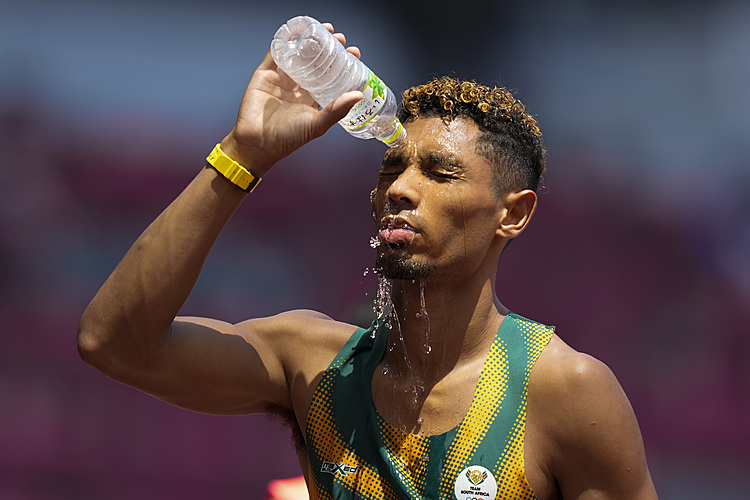