According to Bob Asomaliu, who recently moved with his family from the village of Samatau to the village of Nu’u-Fou, there are pros and cons with living in both an urban or rural villages.

Aged 18, Bob spoke about the differences of the two villages he has lived in from the youths point of view.

“My parents and I moved here from Samatau not long ago because it’s easier to look for a job here,” he told the Village Voice.

“Many families are like this, they move closer to town because this is where all the job opportunities are.”

He defines the rural to urban migration as similar to going from having many rules, to having none whatsoever.

“There is a big differences with living in a village where the village council keeps order and a free flowing urban village,” Bob said.

“In Samatau, the village leaders hold a lot of power and the only important thing is that we listen to our elders and the older youths of the village.”

“Once we moved to this urban village, things changed; there’s a lot of freedom here because there is no village mayor.”

“Everyone is their own boss over here because there are no village heads.”

Bob also mentions how easily it is to both get influenced by the freedom of the urban lifestyle and how locked up you can get in a rural village setting.

“Here in the urban village, you can walk on the road and it’s up to you how to behave,” he said.

“This lifestyle influences a lot of the rural to urban migrants because they always want to try something new and freedom is something they don’t have back home.”

“Any of the things we do here won’t get you far in a rural village setting. If you look at my hair, it’s very long and back in Samatau, I would have gotten in trouble for growing my hair this long.”

“There are many rules in rural village that we have to follow.”

All in all, Bob says he prefers having village leaders run the show because with no rules and too much peace, there is absolutely no order.

“Despite all the freedom, I actually prefer the way life is run in the rural villages,” he said.

“It would be nice to have one village mayor here so that everyone would listen to him. Having too much freedom can also become a real issue for the village.”

“Take for example my village Samatau. There are no issues and problems because the faasamoa hierarchy system keeps order and peace.”

“The only reason I moved here wasn’t for the freedom; it was because my family wanted to come and I have to obey them.”

Papua New Guinea recently announced that its multi-million pork industry is now under threat due to an outbreak of A.S.F. So far, the pandemic has led to the slaughter of millions of pigs with outbreaks reported in Africa, Asia and parts of Europe, South America, and the Caribbean. 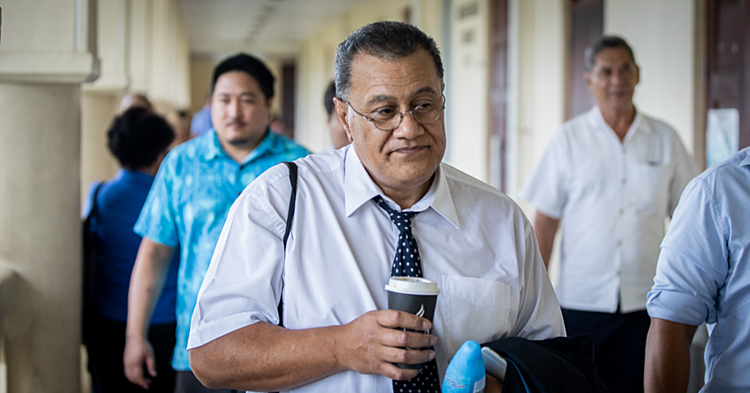