JOHANNESBURG (AP) — From widely acclaimed liberator of his nation to despotic dictator, Robert Mugabe's 37-year rule of Zimbabwe has been one of Africa's most controversial and influential.

Wily and ruthless, the 93-year-old Mugabe outmaneuvered his opponents for decades but was undone by his own miscalculation in his final weeks in power. He blundered when he sidelined his right-hand man in order to position his wife, Grace, as his successor. He didn't anticipate that the fired vice president, Emmerson Mnangagwa, would swiftly and skillfully depose him.

But Mnangagwa had spent years learning from Mugabe how to seize and wield power.

For years Mugabe inspired other leaders across the continent to emulate his tactics and extend their rule by manipulating the constitution and suppressing opposition through violence and intimidation.

Mugabe's often violent seizure of Zimbabwe's white-owned farms was his signature action — and devastated the country's agricultural production, transforming what had been known as Africa's breadbasket into a land of barren fields and hungry people. Mugabe cloaked the land grabs in ringing rhetoric, shaking his fist and shouting that Africa's land should be held by Africans.

It didn't matter that the farms, which had been pledged to poor blacks, instead went to his generals, Cabinet ministers, cronies and his wife — or that many of the fields lay fallow years later. Even now Mugabe is widely revered by many Africans as the continent's most radical de-colonizer.

His mismanagement of Zimbabwe's economy was staggering. The country has been transformed from one that could offer good employment opportunities to its well-educated population to a place of so little hope that people left in droves.

An estimated 3 million Zimbabweans are in neighboring South Africa, and it is routine to find a former schoolteacher working as a waitress at a Johannesburg restaurant. Tens of thousands of Zimbabweans are in Britain. And the 13 million who stayed behind in Zimbabwe have coped with an unemployment rate estimated at higher than 80 percent.

Mugabe had a Marxist's belief that even the economy would do what he wanted. "Countries don't go bankrupt!" he once scoffed when asked if by sending army troops to Congo in 1998 he would ruin Zimbabwe's economy. He was wrong.

By 2008 Zimbabwe's hyperinflation reached 500 billion percent, according to the International Monetary Fund. Fistfuls of 100-trillion Zimbabwe dollar banknotes were not enough to buy basic groceries. The inflation was brought under control only when Zimbabwe dropped its currency and started operating on the U.S. dollar in 2009.

Zimbabwe's industrial sector is estimated to be operating at less than 30 percent of capacity. Tourism has dried up to a trickle. With significant deposits of diamonds, platinum, gold and chrome, Zimbabwe's mining sector has continued to function, but Mugabe's frequent threats of nationalization discouraged most foreign investment.

The Marange diamond fields, discovered in 2009, proved an unexpected windfall. The high-quality gemstones in easily exploited alluvial fields brought in billions of dollars.

Mugabe used the army to take over the area and the mines were nationalized, cutting out British and Chinese companies that had been operating there. But very little of the funds from the diamonds went into state coffers to help the country's dilapidated education and health services. Mugabe, his family and his closest allies amassed world-class fortunes.

Once the land of liberation from white minority rule, Zimbabwe became one of fear as a result of Mugabe's far-reaching domestic spy network, the Central Intelligence Organization. Hundreds of opposition supporters were killed or disappeared during election campaigns. Many more were tortured, such as Jestina Mukoko, who after her release from prison bravely advocated for the rights of those detained.

It is hard to remember that Mugabe once enjoyed international praise for bringing Zimbabwe to independence. Throughout the 1970s he directed a deadly, effective guerrilla war against Rhodesia's white minority rule regime.

When he won the 1980 elections, he was relatively unknown. The country, and the world at large, was impressed by his impeccable, carefully enunciated Oxford English. He endorsed racial reconciliation to wide acclaim. He was nominated for a Nobel Peace Prize.

But even in the glory years of Zimbabwe's early independence, Mugabe appeared cold and calculating in public appearances and speeches.

And then came the bloody campaign in which the army's North Korean-trained Fifth Brigade brutally put down a small rebel group supporting opposition leader Joshua Nkomo. Between 1983 and 1985 an estimated 10,000 to 20,000 people of Zimbabwe's Ndebele minority were killed by the army in southern Zimbabwe, in what is known as the Matabeleland Massacres. Human rights groups and the Catholic Church documented and condemned the killings, which remain the darkest stain on Mugabe's record and a scar that plagues the country.

Tarnished by the killings, Mugabe was still grudgingly respected, especially for his support for the battle against apartheid, the system of white minority rule in neighboring South Africa.

When Nelson Mandela was freed from prison in 1990, he quickly visited Zimbabwe to thank Mugabe for his support. But Mugabe came to resent Mandela, who outshined him.

When Mugabe married his second wife, Grace, in 1996, Mandela attended the reception. Mugabe glowered with irritation when Mandela got far more cheers from the thousands of guests than he did.

Mandela put forward a generous, inclusive view of African nationalism that won him international praise and a Nobel Peace Prize. Mugabe became a starkly different type of African leader, who marginalized critics and restricted freedoms. His homophobic outbursts against gays as "worse than pigs and dogs" contrasted with Mandela's enthusiastic support for LGBT rights. Many African leaders, however, have picked up on Mugabe's anti-gay sentiments.

Mugabe's leadership became more like that of his one-time foe, Rhodesia's white minority ruler Ian Smith. Mugabe used Rhodesian-era laws to suppress public gatherings and opposition parties. He used the army, the police and the security network to keep the people subservient.

An ascetic leader, Mugabe rarely drank and stayed spry into his 90s. But while his tastes had been relatively modest through the 1980s that changed after his marriage to Grace Mugabe.

They built a 25-bedroom mansion on a sprawling property in Harare's Borrowdale suburb that became known as the Blue Roof house for its turquoise tiles imported from China. Sporting designer clothes, shoes and sparkling jewels, the first lady, more than 40 years younger than Mugabe, became known as "Gucci Grace."

In the last months of Mugabe's rule the family's lavish ways became outlandish, even to Zimbabwe's jaded public. Grace Mugabe pressed a lawsuit against a Lebanese diamond dealer in which she charged she had paid him for a 100-carat diamond but he only gave her a gem of 30 carats. One of the couple's sons posted images on social media of himself pouring champagne over his diamond-encrusted watch.

The growing outrage among Zimbabweans at the excesses finally spilled over on Saturday, a few days after the military moved in to put Mugabe under house arrest, a the bulk of Harare's 1.6 million people thronged the streets to demand that the longtime president finally step aside.

Mugabe's rule may have been influential in Africa, but the quick way he fell now may be a warning to all who would follow his ways. 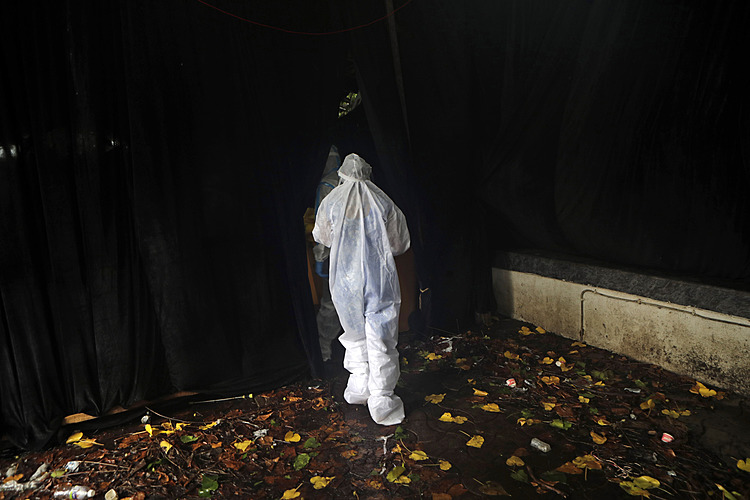 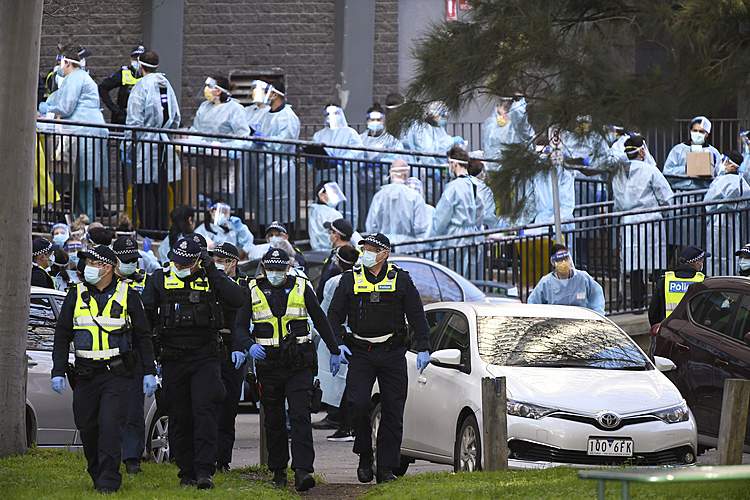 The Latest: Australia state bars entry from locked down area

The Latest: Australia state bars entry from locked down area 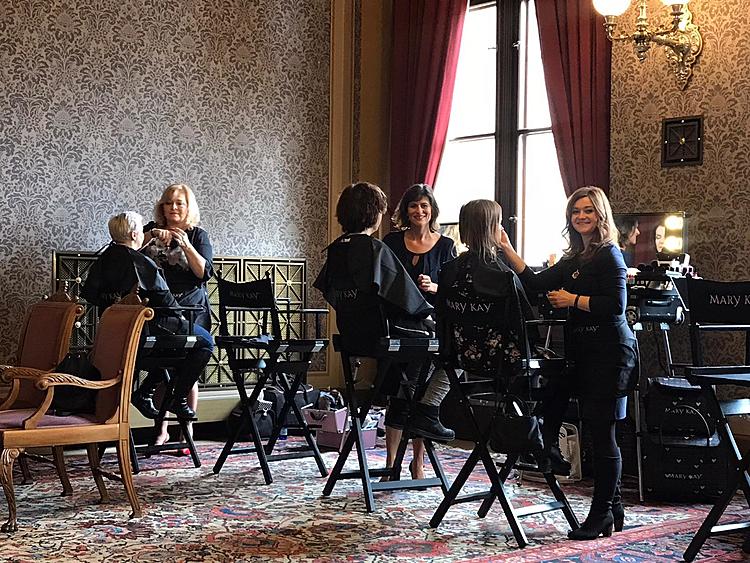 Mary Kay Inc. Continues Its Support of Beauty, Fashion, and Design in Events Held Across Asia, Europe and the U.S.

Mary Kay Inc. Continues Its Support of Beauty, Fashion, and Design in Events Held Across Asia, Europe and the U.S.