It’s a girls’ day out today for friends Anita Lyovic and Belinda Collins.

They were sitting at the lobby area enjoying cold beverages at Sheraton Samoa Aggie Grey’s Hotel.

Arriving almost a week ago to attend their friend’s wedding, the pair had stayed at the Taumeasina Island Resort where the wedding took place.

They loved Taumeasina so much that they didn’t really plan on ever leaving there preferring to lounge by the pool and enjoy the hotels amenities.

But curiosity and a spike of energy saw them out an about when they were captivated by elegance of the Sheraton Samoa and decided to have a peek and a potion telling the Observer,

“We actually thought we weren’t going to leave the Taumesaina resort and spend time by the pool, but we got out today though,” they laughed  “We were just passing the Sheraton and wanted to have a look, it’s beautiful in here.”

Anita told Dear Tourist about their first impressions of Samoa.

“It was bigger than we expected. Very, very nice weather, nice people and we’ve come from Melbourne where it’s pretty cold. I think the people are all so nice and its very relaxed and friendly, there’s a lot of newer buildings here than Fiji.”

Belinda adds” “Yes we’re in the middle of winter in Melbourne so we are really enjoying the lovely weather and the wedding was beautiful on Saturday.”

Asked if they felt sorry for their friends and family in Melbourne experiencing such a chilly winter and the two friends looked at each other and burst out laughing before saying, “Yeah – nah not at all.”

However Belinda did regret that there were no direct flights from Melbourne to Samoa.

It makes it difficult to return as often as she would like.

“Yes, it’s a bit difficult to get here from Australia. For us in Melbourne it is a long trip, we came out here via Auckland but coming home we go via Sydney which is worse than going via Auckland so it’s a bit of a longer journey.”

“If there was a direct flight from Melbourne, I would definitely come here again.”

“I’d much prefer to come here than I would go to Fiji or anywhere else but it’s just that Fiji has a direct flight. So…”

Getting back to their Girls Day out, the ladies were looking forward to returning to the Taumeasina where they would resume their positions by the pool and plan to continue enjoying the Spa and beauty facilities there. 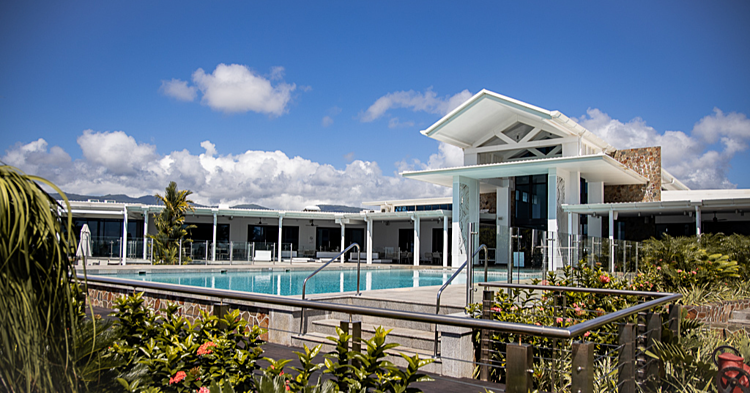 The Taumeasina Island Resort has been awarded the TripAdvisors’ Travellers Choice Award 2020 despite the bleak outlook for the tourism industry in Samoa.

Opening hours for small shops on Sundays will now be limited as more amendments to the Government's state of emergency [S.O.E.] orders take effect despite the economic downturn.